The Conservation Leadership Programme (CLP) is happy to announce this year’s Conservation Award winners. Twenty-eight exceptional projects conserving a diverse array of globally threatened species have been granted a total of $470,000. Among these winners, we have five new pins to add to the CLP map of countries which have received support: Afghanistan, Bhutan, Cape Verde, Moldova and Samoa.

Twenty-four of these awards are for ‘Future Conservationist’ projects that will be managed by teams of early career conservationists who, as a result of this funding, will have a unique opportunity to conduct work which will further scientific knowledge on threatened species and have tangible conservation outcomes. Through this work, teams will also develop project management and leadership skills that will serve them as they launch their careers in the conservation sector.

The species which are being conserved by these emerging leaders include the Critically Endangered brown-headed spider monkey that is on the brink of extinction and features in the list of the world’s 25 most endangered primates. Another project centres on the Endangered Samoan tooth-billed pigeon, also known as the ‘little dodo’ due to its resemblance to its famous namesake. And, following the CITES meeting in March during which landmark decisions were finally made for shark and ray conservation, the CLP is supporting a project in waters off Argentina to conserve seven shark species.

Upon accepting funding to conserve the Endangered Ganges river dolphin, Gopal Khanal from the Institute of Forestry in Nepal said, “We are all very  grateful to CLP staff and the selection committee for giving us such a great opportunity to build knowledge, enhance capacity and do something more for nature and biodiversity. We feel such a great responsibility to save this endangered freshwater river dolphin. We assure you that we will do our best to develop our knowledge and conserve this species.”

In June, a member of each award-winning team will attend the CLP’s two-week Conservation Leadership & Management Training Workshop where they will learn important leadership skills in project planning, communications, behaviour change and personal leadership styles (amongst other modules) and also have the opportunity to share lessons, challenges and their aspirations to become the next generation of experts at the forefront of the conservation sector. All team members will also join the CLP alumni network, giving them access to individual grants, training and mentoring opportunities funded by the CLP.

Individual pages containing more information and abstracts for each project will be available on the CLP website in the near future. 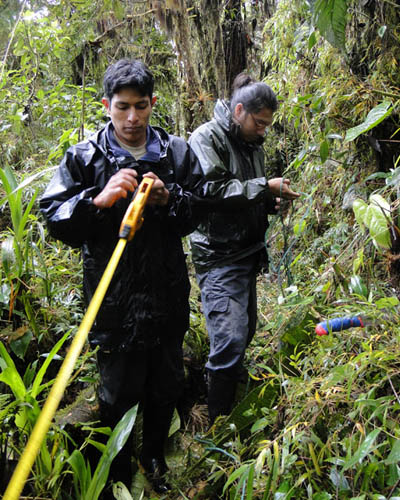