Action on river dolphins and manatees is no fluke 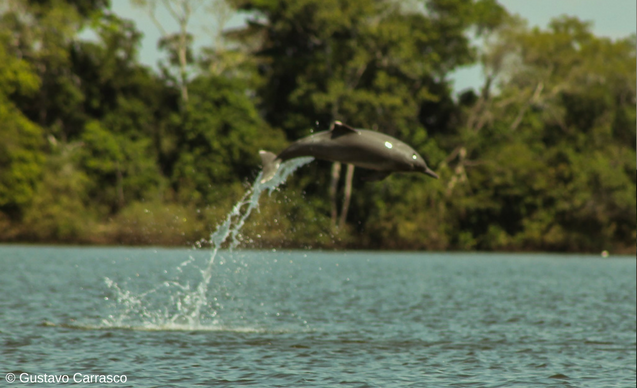 New conservation legislation is putting Peru’s endangered sonar specialists and sirenians firmly on the radar thanks to the persistence of CLP award winners.

When it comes to focusing the hearts and minds of decision makers on the plight of the world’s endangered cetaceans, river dolphins tend not to make the same kind of splash as their marine counterparts. Mexico’s beleaguered vaquita is currently in the headlines, and with good reason, given that the species is on the very brink of extinction. On the relatively rare occasions when freshwater dolphins make the news, the story is likely to relate to the demise of the Yangtze River dolphin, known locally as the baiji, or possibly the decline of its near neighbours, the Irrawaddy and Ganges River dolphins. 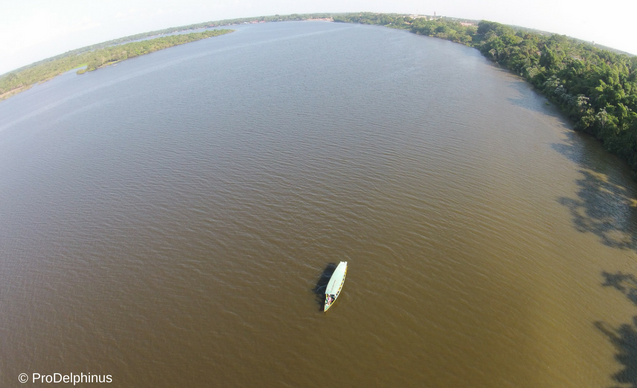 Given this tendency to focus on what is happening in the polluted waterways of South Asia, the recent announcement that river dolphins in the Peruvian Amazon are set to benefit from protective legislation may come as some surprise, especially to those who were oblivious to their very existence. But for those who have been working tirelessly to save the boto and tucuxi, this was just reward for years of effort. The legislation is also great news for the threatened Amazonian manatee, which shares the dolphins’ aquatic domain and will benefit equally from the proposed protective measures.

Formally referred to as the National Action Plan for the Conservation of River Dolphins (Inia geoffrensis and Sotalia fluviatilis) and the Amazonian Manatee (Trichechus inunguis), the document aims to ensure the survival of these three charismatic species, which are of great importance to the aquatic ecosystems of the Amazon. Although still awaiting the official green light, the contents have been pre-approved by the Ministry of Production. 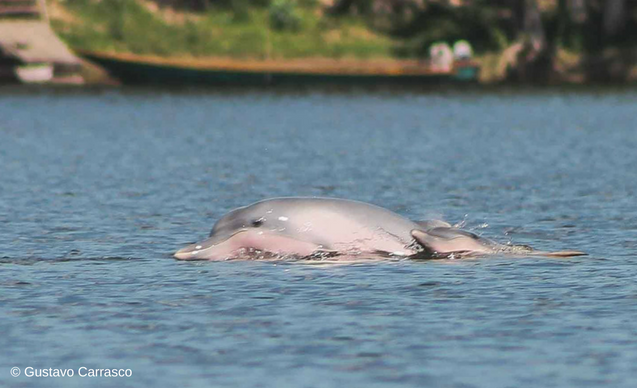 The news was particularly exciting for Elizabeth Campbell and the indefatigable crew at Peruvian NGO ProDelphinus, whose hard work and persistence has been a critical factor in ensuring that this action plan saw the light of day. “It’s because of our past CLP project that we were invited to participate in the development of the species conservation plan,” Campbell pointed out. “We have been working with the Peruvian government since 2014 and are very excited that it has finally been accepted.”

The freshwater tucuxi and the Amazon River dolphin, or boto, are exclusively confined to the Amazon-Orinoco river basin. Accurate data on the total population sizes of both these species have been in desperately short supply, but the threats to these dolphins outside protected areas are obvious for all to see, with habitat loss, fisheries interactions and exploitation for medicinal purposes all taking their toll. 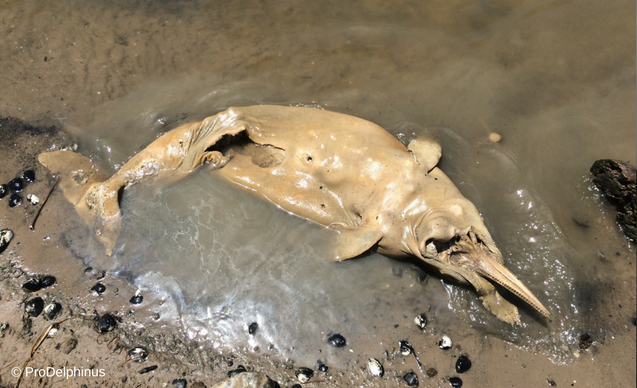 Led by Campbell, the original CLP-funded project aimed to raise local community awareness of the global importance of the two freshwater dolphin species that were confined to their aquatic backyard. Its other key objective was to compile a more accurate picture of tucuxi and boto numbers in Yarina lagoon, their study site in Ucayali.

The results of the team’s research were subsequently presented to the Peruvian government, with a view to ensuring that they would be incorporated into any future management plans, and that original vision has finally been realised. President and co-founder of ProDelphinus, Dr Joanna Alfaro Shigueto, herself the recipient of three successive CLP awards, was in no doubt about the influential role played by Campbell and her team in ensuring such a positive outcome for river dolphin conservation in Peru: “Elizabeth and ProDelphinus have been a real driver to see this action plan prepared by the government. It took forever, but it was totally worth it!” 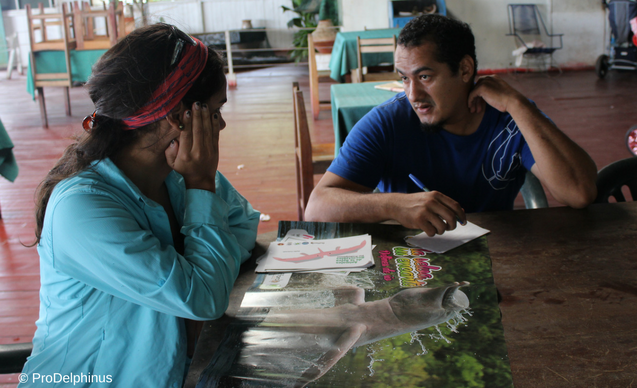 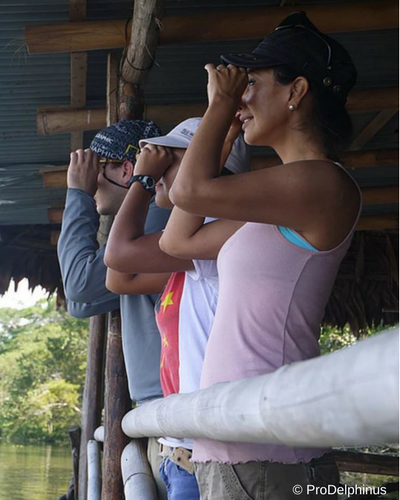