After more than a decade of constant advocacy, scientific research, stakeholder meetings and an on-going communications campaign, conservationists in Chile are delighted that their government has recently declared three new Marine Protected Areas (MPAs) encompassing more than 120,000 hectares.

“Few of the world´s environments are under as much stress today as the coastal ocean. Current exploitation of the oceans has reached dangerous levels of unsustainability and many marine species could be on the brink of extinction.” said Chico Viddi, marine conservationist, co-founder of Chilean NGO Centro Ballena Azul. “The establishment of a marine protected area in southern Chile, finally, is a big boost to conservation efforts along our coastline.”

Part of this work was initiated under a CLP-funded project which was led by Chico in 2002. This project undertook the first long-term study on the status and behavioural ecology of Chilean and Peale’s dolphins and analysed their critical habitat selection and use. Additionally, the project identified the main anthropogenic threats to the species caused primarily by salmon farming and significant increases in maritime traffic.

By selecting Chilean and Peale’s dolphins, and blue and humpback whales as flagship species, the project involved researchers, NGOs, community groups and politicians in conservation activities. Ultimately, the significant time and energy invested by all stakeholders has now paid big dividends that will benefit marine biodiversity in southern Chile.

This positive outcome marks the end of one process and the beginning of something more long-term as Chico explains: “With this outstanding result, we are currently aiming to promote the establishment of a network of new MPAs along the Patagonian coast and consolidate a holistic conservation model that includes effective MPA management, fostering economic sustainable alternatives at the local level, improving industrial salmon farming practices, and improving scientific capabilities. What follows will be critical to ensure the reduction of environmental impacts to conserve the fragility, integrity, uniqueness and remarkable biodiversity of southern Chile’s marine ecosystems.”

Chico Viddi is co-founder and board member of the Chilean NGO Centro Ballena Azul. He currently works as Marine Conservation Program Coordinator at WWF Chile and is a member of the Cetacean Specialist Group of the IUCN Species Survival Commission. He has more than 15 years of experience in marine conservation, completed a PhD in environmental science in Australia from 2006-2010 and is an active member of the CLP alumni network since 2002. 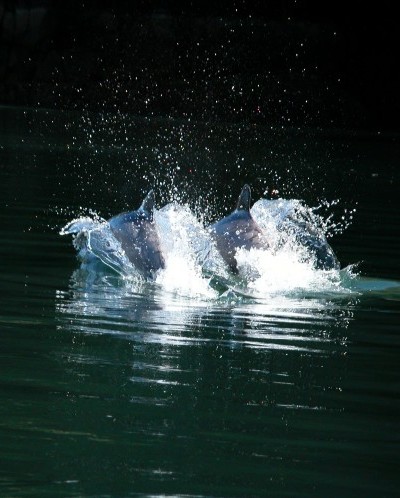