This story was originally published by Fauna & Flora International on November 20, 2018. Written by Tim Knight

A team of Brazilian biologists supported by the Conservation Leadership Programme (CLP) is unlocking the secrets of one of the world’s most fragile and threatened biodiversity hotspots thanks to the success of a pioneering camera trap project.

Brazil’s Atlantic Forest is home to a bewildering array of animals and plants, but almost three-quarters of native forest cover in this unique wildlife haven has already been lost. The latest research suggests that around 70% of its mammal population has disappeared. The award-winning CLP project team is focusing its attention on Três Picos State Park and Guapiaçu Ecological Reserve, both of which lie within one of the largest remaining forest fragments. As such, they are crucial to the survival of species such as the southern muriqui, an endangered primate found nowhere else on the planet. 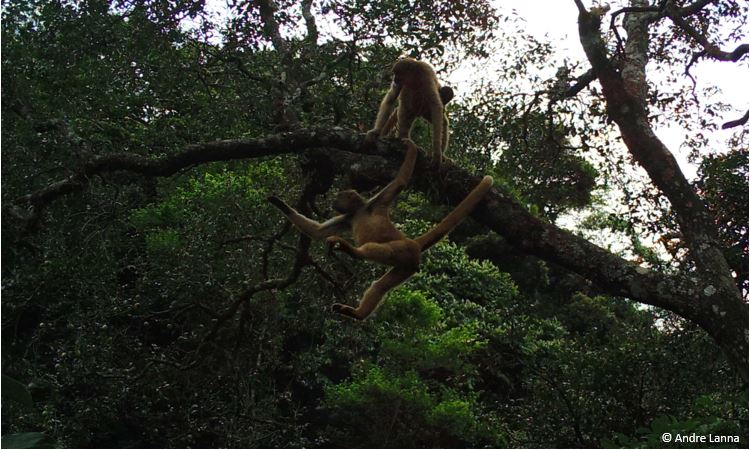 These woolly monkeys are particularly susceptible to human disturbance; their long-term survival will depend on ensuring that the remaining, often isolated, populations can reconnect through existing or newly restored corridors of habitat in order to move beyond and between their shrinking islands of forest. Serra do Mar – literally ‘mountains of the sea’ – is one of the monkey’s last remaining strongholds, but this heavily populated region includes Brazil’s two largest cities, São Paulo and Rio de Janeiro; reconciling the needs and aspirations of this sea of humanity with the conservation needs of the Atlantic Forest and the species that it harbours is a delicate balancing act.

Gathering data on the whereabouts, movements and population status of the remaining muriqui groups will be crucial in identifying the bottlenecks and pressure points, informing decisions about where to concentrate forest protection and restoration efforts and how best to conserve this endangered primate. The project team deployed two sets of camera traps; one of these was installed at ground level, along an altitudinal gradient rising steadily in increments of 200 metres up to 1,400 metres above sea level; the treetop traps – specifically intended to monitor muriquis – were fixed in the canopy of tree species that are known to attract these monkeys when they are in fruit.

Team leader Andre Lanna won’t easily forget the long hikes to the project site: “There are no roads in this region, and so we have to walk the whole trail from the base of the mountain up to 1,400 metres and back, a total distance of over 20 kilometres. This route usually takes more than 10 hours on foot, and needs to be done for all three trails where the transects are.” Installing the canopy cameras presented a very different challenge, overcome with the aid of a researcher – Andre’s brother João – whose tree-climbing expertise and knowledge of where to place cameras to ensure the best shooting angle were critical to success. 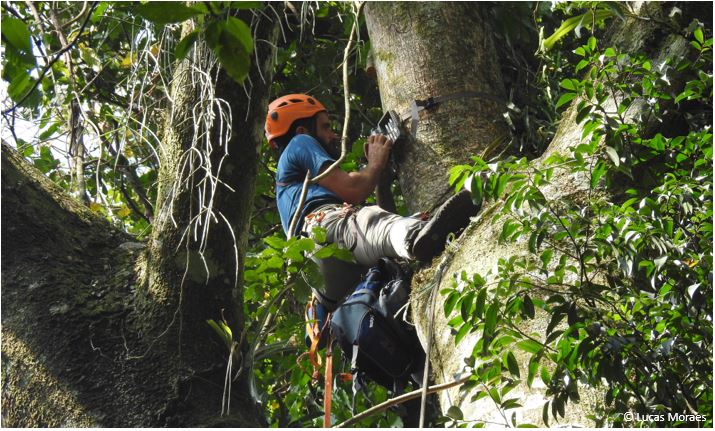 Happily, the team’s hard work has reaped rich rewards in the form of the first ever camera trap images of the southern muriqui, which provide revealing and intimate footage of the behaviour of several separate populations – including groups containing females with offspring.

But that’s not all. As an umbrella species, the muriqui can also play an important role in the conservation of the other Atlantic Forest species that share its habitat. The camera trap initiative has not only shed light on the monkeys’ movements and behaviour, but also revealed the presence of a long list of other mammals, from capuchins and coatis to peccaries and pumas – one of which obligingly slept in full view of a camera trap for four hours. Other, less familiar species caught on film included the tayra and lesser grison – both distant cousins of the weasel – and the evocatively named solitary tinamou, the closest living relative of the moa. 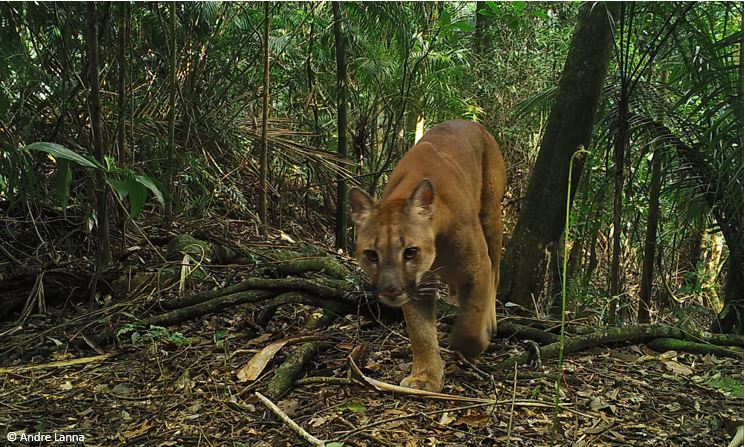 The southern muriqui footage is extremely important for the conservation of this primate and its threatened habitat, but Andre is well aware of the wider significance of the camera trap images that his team has succeeded in capturing: “These results show a highly preserved mammal community, quite different from almost every other place in the Atlantic Forest. This leaves us very optimistic about the future of this biome.”

Among the larger mammals conspicuous by their absence were jaguar and tapir, both of which became locally extinct many decades ago. Nevertheless, the abundance of other species that were almost wiped out by hunting until conservationists intervened to protect them – and which are now thriving – suggests that these charismatic animals could also re-establish themselves here. Andre believes that this would be feasible if the Serra do Mar Ecological Corridor were extended to reconnect the project area with other surviving fragments of Atlantic Forest to the south, where jaguar and tapir still occur. 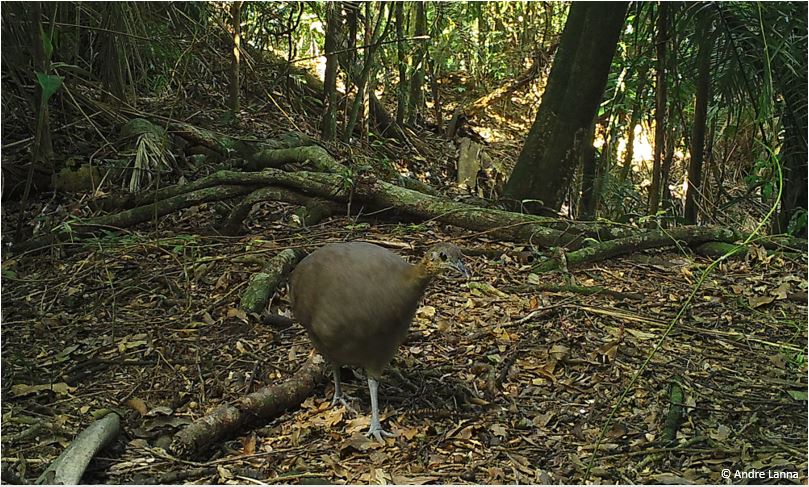 “These are wonderful images”, said CLP’s Executive Manager Stuart Paterson. “As well as providing useful project data for Andre and his team, they instil a real sense of hope for the future, because they demonstrate how the unique wildlife of the Atlantic Forest can thrive even in the face of wide-ranging threats, provided that effective protection measures are in place.”