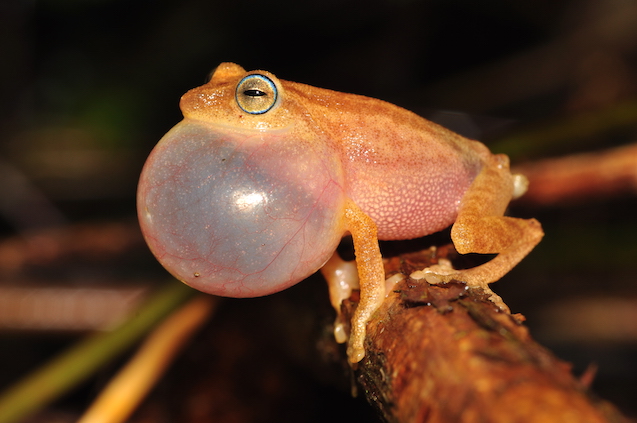 In the course of their research into the amphibians of the Western Ghats supported by the Conservation Leadership Programme (CLP), award winner Seshadri KS and his team hit upon a novel way to inspire a new generation of frog lovers in his native India.

The Western Ghats mountain range runs north to south down India’s west coast. A renowned haven of biodiversity, this UNESCO World Heritage Site harbours over 190 species of frogs and toads, which is roughly half of India’s entire spectrum of amphibians. One of the most effective ways to monitor these frog populations is to record their calls (which are unique to each species) when the males vocalise to attract a mate.

For the first time in India, a team of researchers has compiled a comprehensive digital audio database featuring the dulcet tones of 70 different species found in the Western Ghats. Available as a compact disc entitled Mandookavani (Sanskrit: Mandooka – Frog, Vani – Speech), this acoustic guide will enable specialists and amateur enthusiasts alike to decipher calls and discover what frog species are in their own backyard, sometimes literally.

Seshadri KS, winner of a CLP Future Conservationist award in 2010, and one of the team behind Mandookavani, recalls how the idea originated: “We were studying frogs of the canopy as part of the CLP-funded project. Our idea was to use automated sound recorders to monitor frogs. In order to do that, we needed to know what the calls of each species were and since then, we began curating the calls.”

The original database continued to grow, and eventually metamorphosed into Mandookavani thanks to contributions from Dr Gururaja KV, an amphibian expert who has mentored Seshadri’s team, Ramit Singal, a nature enthusiast who switched fields to become a conservationist, and Ramya Badrinath, musician and biologist, who brought to bear her sound editing skills to help compose the portable polyphonic frog chorus.

Seshadri hopes that the digital database will “take the frogs and toads one leap closer to our hearts.” The aim is to “encourage more people to observe their surroundings, draw them out of the incessant urban din [and] facilitate them to listen to the voice of frogs and toads and pay heed to what they have to say before frogs vanish from our cities, our minds and ultimately our lives.” Meanwhile, Seshadri is continuing to pursue his own studies into amphibian ecology as a PhD candidate at the National University of Singapore. 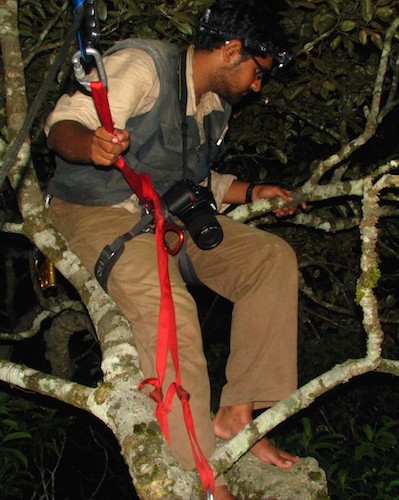