In countries with inadequate governmental support for conservation, it often falls to communities to conserve their local environment. As expected, enthusiasm for wildlife conservation varies depending on local interest in the relevant species. In the Philippines, flying foxes offer a golden opportunity to engage local community members, because these so-called flagship species are familiar, large, charismatic mammals that roost in colonies numbering in the thousands. Flying foxes are also important to local communities for a number of reasons. Ecologically, they often play keystone roles in local ecosystems as seed dispersers and pollinators of native forest trees. Economically, they are essential pollinators of local food crops such as durian, which feeds a multi-million-dollar industry in Southeast Asia. When flying fox colonies are protected they may become popular ecotourist attractions. And, through their ecological maintenance of native forest, flying foxes help maintain invaluable ecosystem services such as fresh water, clean air, and non-timber forest products. Finally, flying foxes are often celebrated cultural icons. They are widely believed to have spiritual qualities, sought after for traditional medicinal use, and respected as lively examples of the local natural heritage.

Filipinos for Flying Foxes is a coalition of early-career biologists, non-profit organisations and students that resulted from the collaboration of three former CLP award-winning projects: Bat Count Philippines, Philippine Biodiversity Conservation Foundation and Mabuwaya Foundation. Working together, we aim to promote the conservation of large flying foxes in the Philippines by building the local capacity and interest necessary to implement long-term conservation management.

Training local stakeholders is a vital first step. We treat each roost survey as an opportunity to improve the skill set of local protected area managers by training them in our simple and inexpensive field techniques for flying fox monitoring. Rather than condemn local bat hunters as part of the threat to flying foxes, we hire them as “guides” and involve them in our counting efforts. In doing so, we are formally acknowledging the importance of hunters’ traditional knowledge as well as creating an opportunity for hunters to apply their expertise to gathering population size data, which supports the long-term conservation management of this local resouce. Hunters who accompany us in the field often realise for the first time the extent to which bats are a limited resource, and become advocates for self-imposed hunting regulation and other locally based protective efforts.

Community education and awareness about flying foxes generates the public support necessary for encouraging conservation management. The active involvement of local communities in flying fox management is key to the sustainable conservation of these important species. Once we arrive in a community, we begin by introducing our team to the local government unit, where we explain the ecological importance of the flying foxes, describe the conservation value of our project, and express our gratitude for their support. Then we visit the schools, clubs and NGOs that have expressed interest in hosting us for environmental education and flying fox awareness sessions. Depending on the audience, we have used slide shows, focus group discussions, environmental camps, stories about flying foxes, games, skits and songs to convey the conservation message.

Coordination on a national scale supports community conservation efforts through greater public awareness, national government involvement and an informed network of managers. Filipinos for Flying Foxes recognises that the long-term sustainability of its conservation programme relies on support on this larger scale, and actively uses media and the national Protected Areas and Wildlife Bureau to build support for locally driven conservation efforts.

Using this community-based approach, our team has been very successful in promoting the conservation of threatened flying foxes in the Philippines. With support from IUCN Save Our Species Program, Disney Wildlife Conservation Fund, and most recently from the United States Fish and Wildlife Service’s Critically Endangered Species Fund, we have worked with communities to secure formal protection for six roosting sites of the Endangered golden-crowned flying fox and eight additional roosting sites containing the threatened Philippine giant fruit bat and island flying fox across a total area of approximately 70 hectares. Our education and awareness campaigns have reached out to over 300 people in over 20 local communities, including schools, non-profits, people’s organisations, local government units and protected area management offices.

Excitingly, the Philippines’ National Biodiversity Management Bureau recently announced that it has chosen flying foxes as the focal species group for a national monitoring programme. In August, our team led a workshop to train regional managers in flying fox identification and population monitoring techniques. We are thrilled about this latest boost to flying fox conservation in the Philippines. Having the Department of Environment and Natural Resources (DENR) on board will ensure nationally coordinated flying fox monitoring and protection efforts. These are the very government officials in charge of establishing and enforcing legal protection for threatened species. Empowered with first-hand knowledge of flying fox threats and population trends, and with their regional managers in charge of monitoring, the DENR will be fully invested in flying fox conservation, and able to create and enforce effective protection measures for these threatened species. 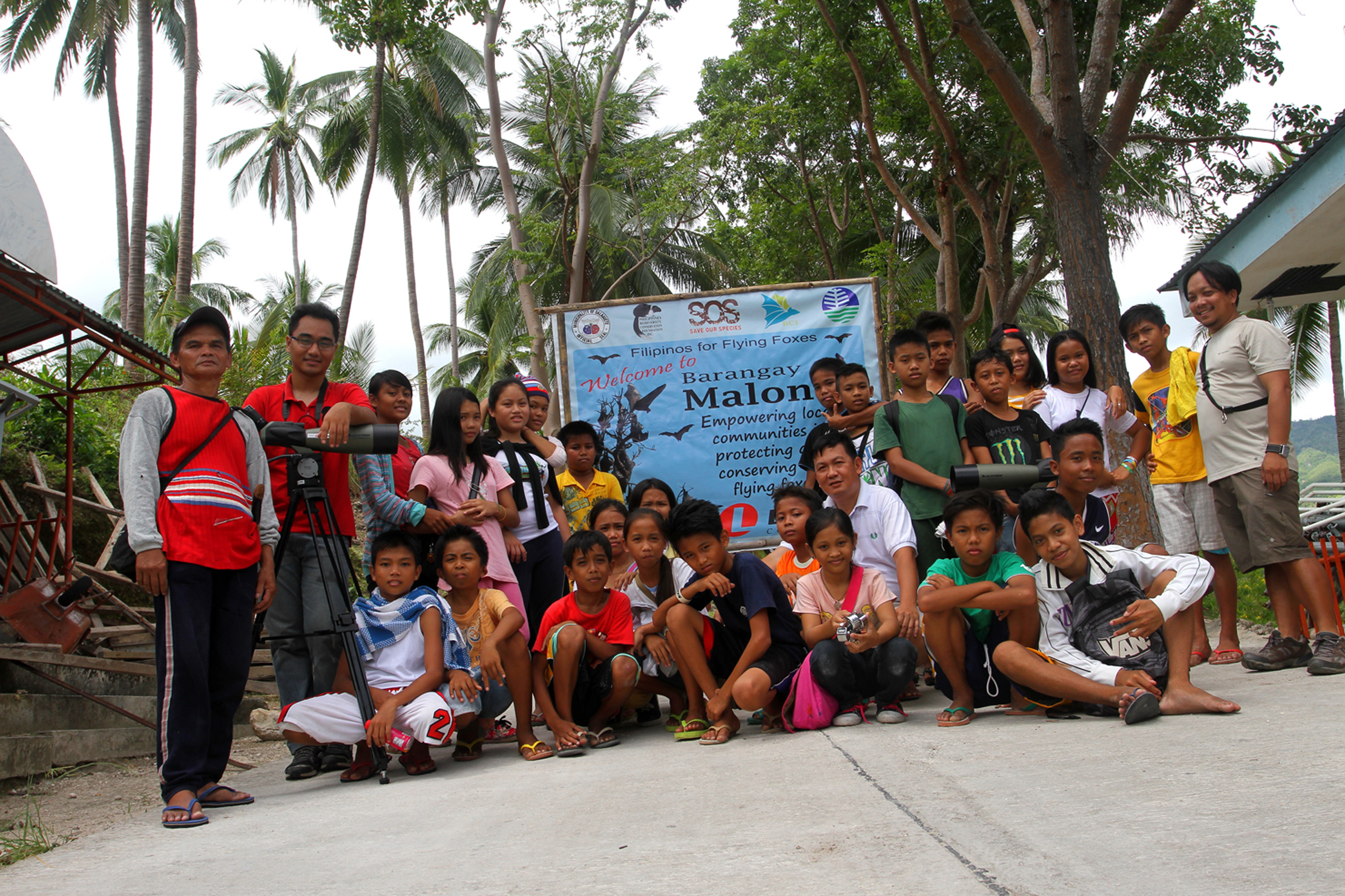