For over twenty years, the South Rupununi Conservation Society (SRCS) has been dedicated to protecting and monitoring threatened wildlife in the Rupununi savannah, Guyana. We look at how these extraordinary efforts are driving long-term conservation solutions in the region, including the recent establishment of South Central Rupununi as Guyana’s very first Important Bird & Biodiversity Area. 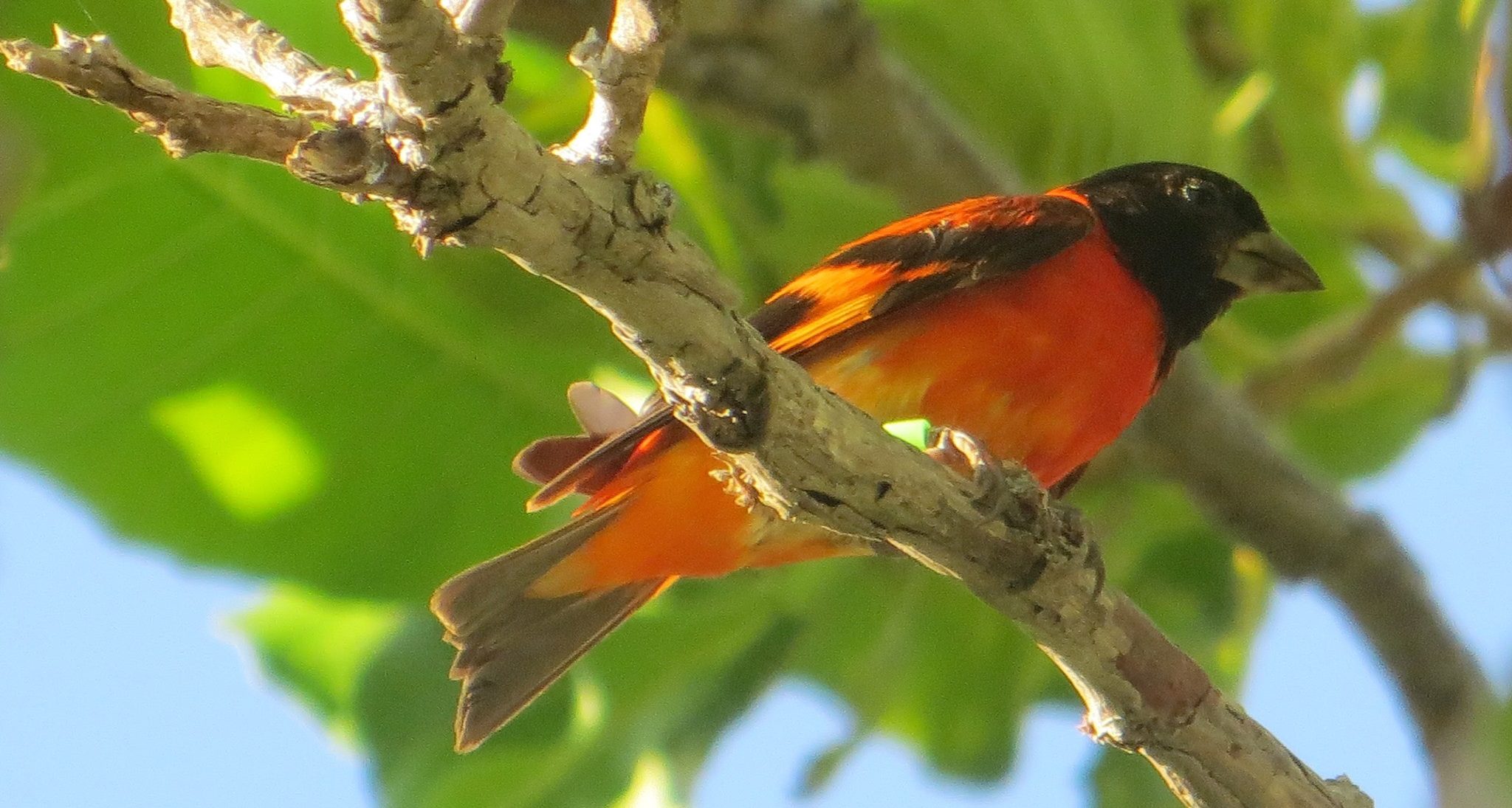 The Endangered red siskin, Spinus cucullatus, has been the focus of conservation efforts by the South Rupununi Conservation Society (SRCS) in Guyana for twenty years © Meshach Pierre

In western Guyana, next to the border with Brazil and Venezuala, lies a large expanse of semi-arid grassland known as the Rupununi savannah.

Covering roughly 5,000 square kilometres of grasslands, wetlands and the rainforested Kanuku Mountains, the Rupununi is a biodiverse wonderland home to the likes of jaguar, giant anteater and over 250 bird species, including the Endangered red siskin.

This small, vibrant red and black bird was first spotted here in 2000. It was a surprising discovery as at the time it was only thought to exist in small numbers in Venezuela, Colombia, and Trinidad. Intense poaching for the caged bird trade had pushed the species close to extinction across its range.

The newly discovered population in Rupununi was a vital lifeline for the species so its protection became the focus of a local NGO, the South Rupununi Conservation Society (SRCS). Over the last twenty years, SRCS has collected a vast amount of data on Rupununi red siskins and recruited local community leaders, students and other stakeholders as conservation champions for the species.

In 2005, CLP backed one of the first SRCS projects, which collected invaluable new information on the bird’s population size and distribution. The team also worked with village leaders and teachers in the local Amerindian communities to form wildlife groups for schools and establish monitoring activities that are still ongoing today. 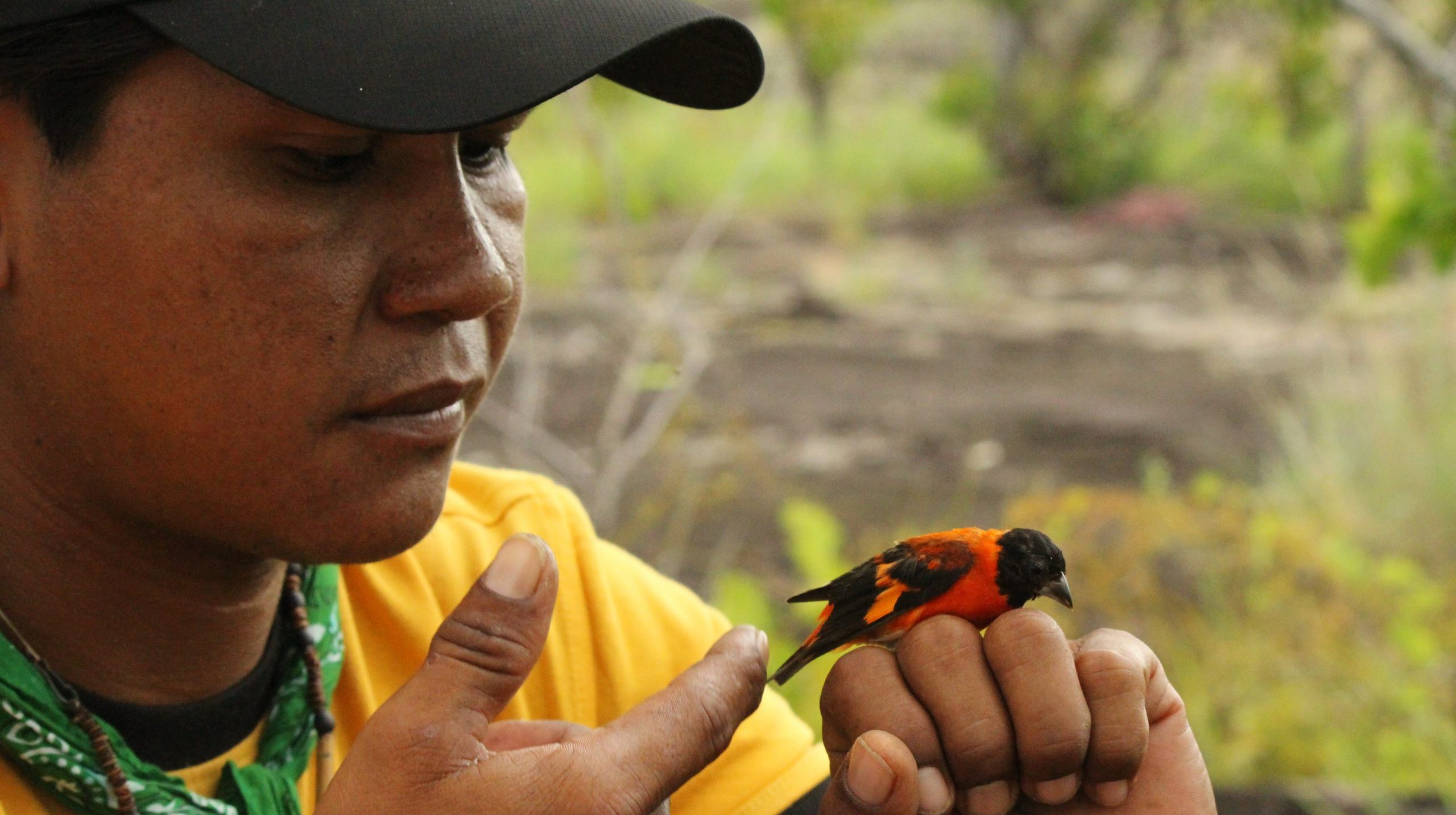 In another follow-up project supported by CLP in 2013, SRCS trained community members as rangers, tour guides and researchers to establish further protection for red siskins in the region, generate income for conservation from ecotourism, and to fill gaps in scientific knowledge about their life cycle, movements and behaviours.

The data collected from these CLP projects and other subsequent research has recently culminated in the establishment of South Central Rupununi as the first-ever Important Bird & Biodiversity Area (IBA) in Guyana. As an NGO originally formed by a group of friends seeking to protect the beloved animals and landscapes they’d grown up with, this is undoubtedly a momentous achievement for SRCS.

“The confirmation of South Central Rupununi as the first IBA in Guyana is a significant milestone for us,” said Neal Millar, Programme Coordinator for SRCS. “It’s the result of years of dedication to the red siskin and we hope we can now use this global recognition to provide further protection to the species and assist other local NGOs to confirm additional proposed IBAs in Guyana.”

After gaining a Sustainable Wildlife Management Programme (SWMP) grant (2018 – present), SRCS is aiming to work with communities to provide further protection for the red siskin by designing locally managed “safe zones”. The idea is that local people will create rules to prevent threats to the siskin, and SRCS rangers will enforce these rules in the safe zones to allow the birds to flourish.

The SWMP grant, along with recent funding from UNDP-GEF Small Grants Programme Guyana, is also enabling SRCS to extend its attention to other threatened species in the Rupununi savannah.

This includes the giant anteater, a species classified as Vulnerable on the IUCN Red List of threatened species. Previously, very little was known about the species in the region, but through camera-trapping surveys, SRCS has now identified 26 individuals in one village alone! 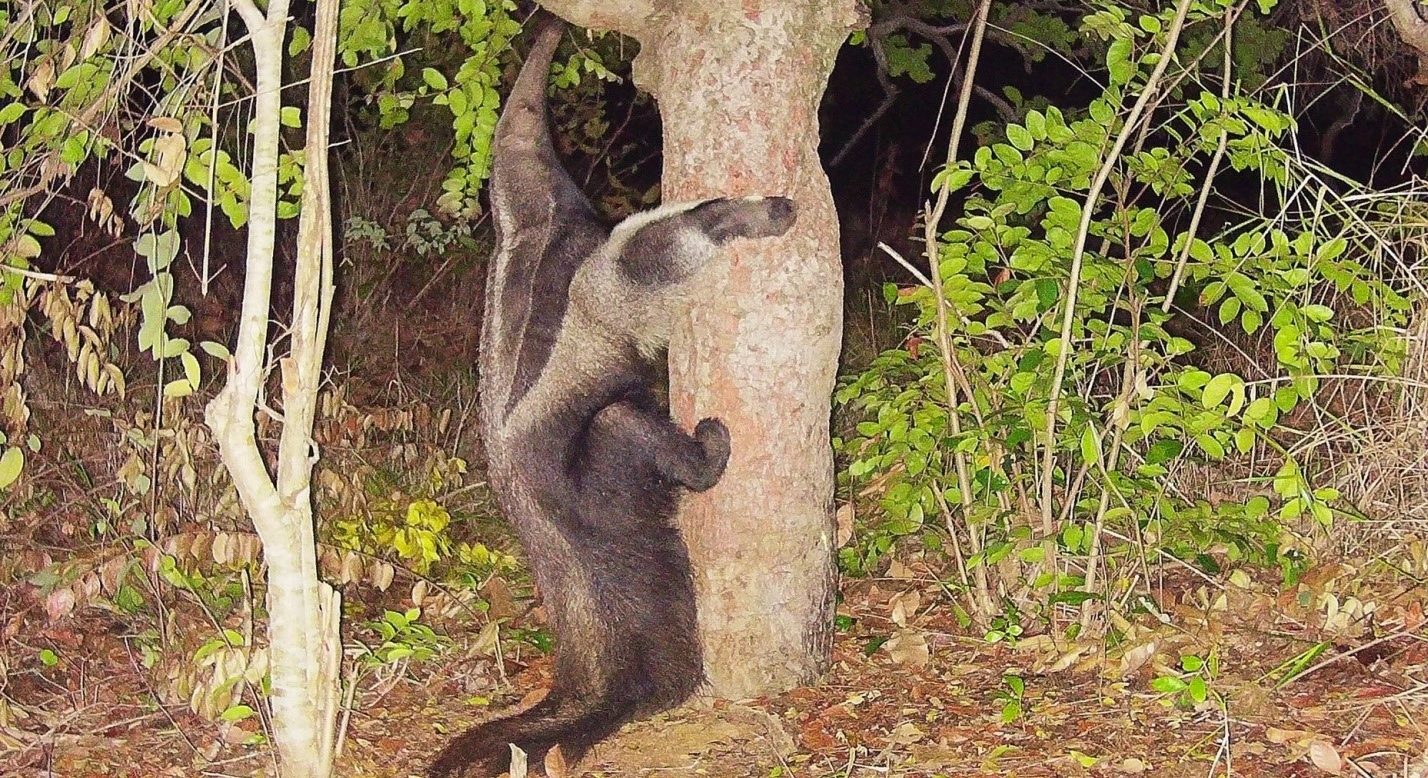 Here, they plan to pilot a community-managed safe zone for giant anteaters and extend research and monitoring to three more villages.  SRCS has recently captured a very rare clip of one female giant anteater, known as “Holyfield”, nursing her baby.

Neal explains how Holyfield got her name: “We first captured footage of Holyfield a few months ago and noticed she had a chunk of her ear missing. So we named her Holyfield after the boxer Evander Holyfield who had part of his ear bitten off by Mike Tyson during a fight. Normally we let tourists who come to see Giant Anteaters name them and they often give a donation to SRCS in return. But for special ones like Holyfield, we name them ourselves.”

SRCS has also designed and implemented an Environmental Education Curriculum for indigenous schoolchildren living in Rupununi communities. The Curriculum includes lessons on local wildlife, the Rupununi environment, and traditional knowledge taught through practical activities, such as bird watching, camera-trap setting, traditional craft-making and field trips. The aim of the Curriculum is to inspire passion in these young people to safeguard the natural environment. SRCS hopes to establish the Curriculum in 16 schools and reach over 1,500 students by 2023.

Ultimately, SRCS aims to work with local communities to protect Rupununi wildlife and habitats. A key focus is to create sustainable ways to benefit the people living in this biodiverse landscape, such as through Guyana’s rapidly expanding ecotourism sector and initiatives that reward communities for maintaining biodiversity. 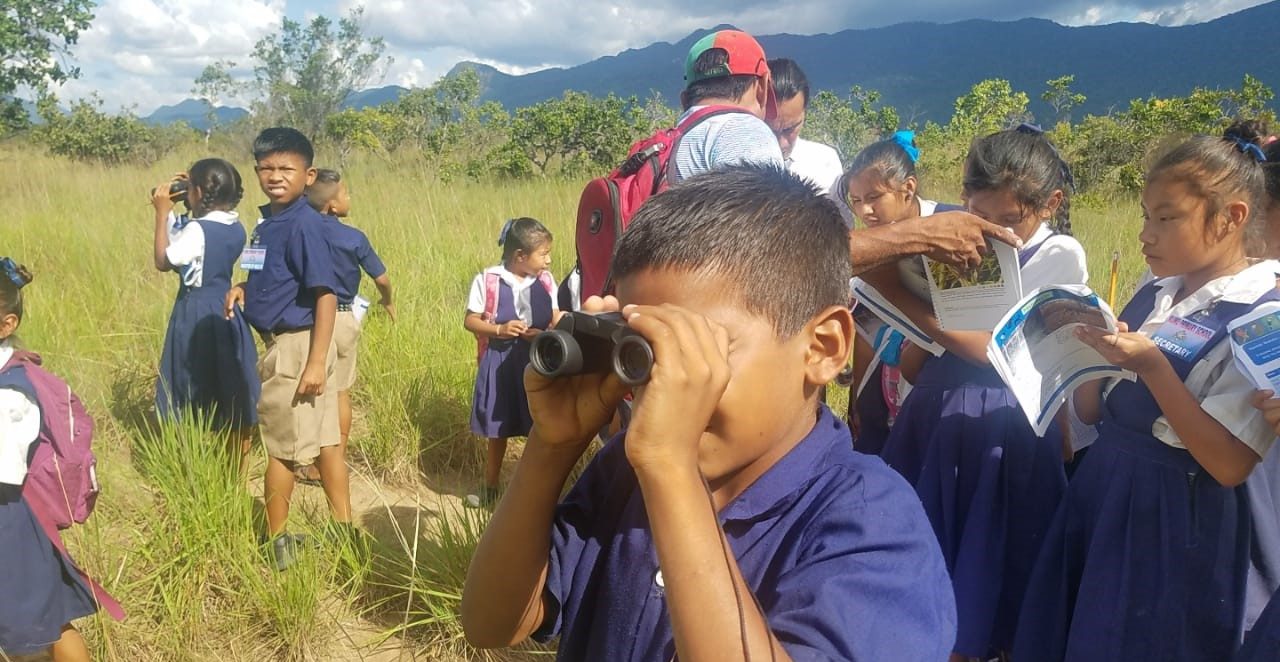