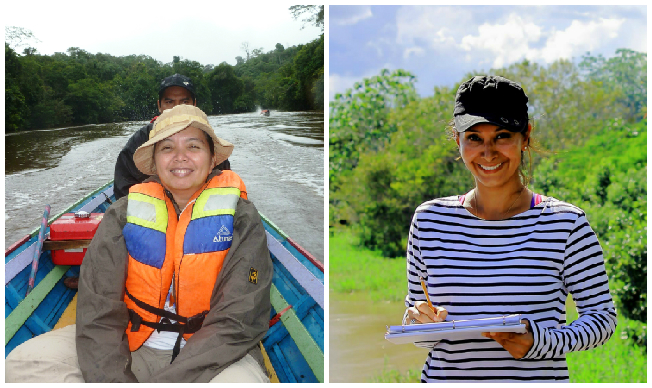 Two members of the Conservation Leadership Programme (CLP) alumni network have been granted prestigious Marsh Awards for their achievements in marine and terrestrial leadership. Even though they live on different sides of the world, Dr Joanna Alfaro Shigueto and Dr Mirza Kusrini share a powerful vision to balance the needs of nature with that of their local communities. The Marsh Awards, which were presented at Fauna & Flora International’s recent summer reception, recognise the efforts of these inspiring conservationists to use their research on threatened species to raise awareness about the issues they face and build lasting programmes to protect them.

As President and co-founder of the Peruvian NGO ProDelphinus, Dr Joanna Alfaro Shigueto’s dedication and drive has led the way in the development of sustainable small-scale fisheries and protection of marine wildlife such as whales, sea turtles, seabirds and sharks along Peru’s 3,000 km coastline and throughout the south-eastern Pacific Ocean.

Small-scale fisheries are part of the threat to these species. People from coastal communities are dependent on the ocean’s resources as a source of food and income but often use unstainable fishing practices that can unintentionally catch non-target species.

Since the start of her career, Joanna’s research has been the foundation for raising awareness about the impacts of small-scale fisheries on threatened marine life. In particular, she began a pilot programme on sea turtles in 2001 which has amassed one of the largest datasets in the region.

Turning her research into action, Joanna has been working with Peru’s fishing communities – encouraging them to return turtles they accidentally catch back into the ocean, rather than keeping them for food and trade.

This programme has been so successful that, last year, Joanna participated in a ground-breaking event with the Peruvian Ministry of Fisheries, launching the first government-led campaign to outlaw the consumption of turtle meat in Peru. 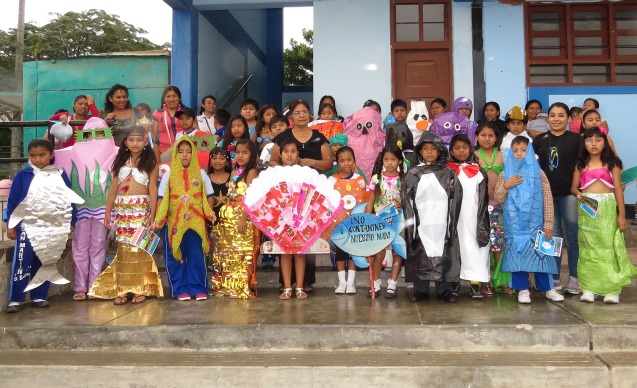 Education has also been key to the success of ProDelphinus, which has partnered with government agencies to help teachers in fishing communities build environmental themes into their curricula. Joanna is also encouraging young researchers from Peruvian universities to continue working in conservation locally, helping to build the next generation of young Latin-American conservationists.

As well as thanking the award donor, Joanna said, “I believe small acts can become great events. The work we do at ProDelphinus is far from over, but the small things we have accomplished together have made a difference to hundreds of people in coastal communities. This award is a wonderful recognition that will also re-energise us to continue our journey with more dedication than ever”

Dr Mirza Kusrini’s passion and foresight has enabled her to become one of the leading authorities in herpetology in Indonesia, greatly increasing the awareness of the importance of frogs and their role in the ecosystem among Indonesian people.

Mirza has produced the most comprehensive study on the ecological impact of this trade in Indonesia. It was this research, undertaken for her PhD that fired her ambition to fully understand the extent of the problem and how it impacts frog conservation.

She found that one of the issues was a lack of understanding about frogs amongst the general public in Indonesia and as a result launched a frog conservation awareness programme in 2002. This programme has helped to generate awareness among both school children and teachers, through projects such as wildlife camps, teacher training and school counselling. 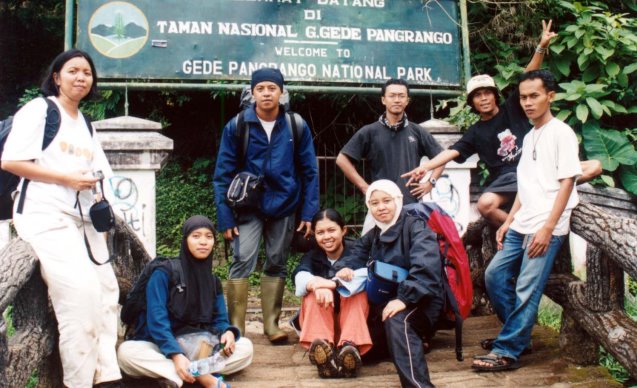 Mirza has also focused her energies on developing herpetology research in Indonesia, contributing to the growth of national expertise by raising funds and running training courses to build the capacity of young amphibian researchers.

To foster communication and research-sharing between students, Mirza also created a mailing list and newsletter for graduates. The first herpetology meeting between these alumni became the basis for the Indonesian Herpetologist Society.

“I feel so honored to be selected as the 2015 Marsh Award for Terrestrial Conservation Leadership,” said Mirza. “The award will help me continue with my work on increasing the capacity of young amphibian researchers and conservation works in Indonesia.”

**Note: this article has been amended from the original to include Dr Alfaro Shigueto’s correct title. With thanks to her anonymous friend for drawing our attention to this omission!** 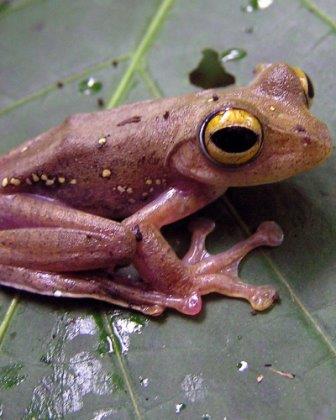