This article has been adapted from the original article published on the University of Cambridge website.

A team of conservationists led by CLP alumn and University of Cambridge PhD student Charles Emogor has produced the first data-driven study quantifying Nigeria-linked seizures of pangolin product, in order to gauge the size of this illicit trade.

Just those shipments intercepted and reported by authorities between 2010 and September 2021 amounted to 190,407 kilos of pangolin scales taken from at least 799,343 but potentially up to almost a million dead creatures.

This figure is close to recent estimates for the entire global pangolin trade since 2000 – suggesting levels of trafficking are far greater than previously thought.

Some seizures occurred in ports such as Hong Kong after leaving African shores. Researchers traced cargo from countries such as Cameroon and Gabon that was destined for Asian nations including China and Cambodia – sometimes travelling via France and Holland.

All had been funnelled through Nigeria.

Of the 77 seizures analysed in the new study, 26 were uncovered alongside thousands of kilos of ivory – suggesting that organised networks of pangolin traffickers are piggybacking on long-established ivory-smuggling connections.

“There has been a gross underestimation of the scale of pangolin trafficking”, said lead author, Charles Emogor, who is a previous CLP intern and 2020 CLP Future Conservationist Award-winner.

Despite recent improvements and some dedicated officers, overall enforcement in Nigeria is lax and corruption endemic, say researchers. Total prosecutions for pangolin trafficking in Nigeria amount to just four – all in the last year.

As such, seized shipments are likely to represent a small fraction of the pangolin product now moved through Nigeria. The study, published in Biological Conservation, cites experts suggesting that detected wildlife seizures are anywhere from 30% to just 2% of the overall illegal trade.

“The figures in our research suggest there has been a gross underestimation of the scale of pangolin trafficking in Nigeria and indeed Africa as a whole, which could translate into mismatched anti-trafficking policies,” said Charles.

Pangolins are scaly mammals with sticky tongues that hunt ants and termites. Most species are around the size of a large domestic cat, but some can grow up to four feet in length.

As well as a false belief in the curative power of their scales, eating pangolin meat is considered a status symbol in parts of Asia. Pangolin bodies are illegally traded at markets across China, and some studies have implicated sale of the animal’s meat in the origins of the COVID-19 pandemic.

All eight pangolin species – four African, four Asian – are listed as threatened, with three now considered critically endangered. Researchers randomly sampled dozens of sacks impounded by customs, and estimate that some 90% of the scales involved in Nigeria-linked trade are from white-bellied pangolins.

Among the more common African species, although still classed as vulnerable by conservation agencies, white-bellied pangolins are traditionally hunted and sold in local markets. Researchers now fear that international trafficking is driving the butchery of African pangolins to dangerous new heights.

“The levels of extraction hinted at by the hundreds of thousands of animals in seized shipments alone suggest that expanding trafficking networks driven by demand from Asia could ultimately jeopardise the survival of some African pangolin species,” said Emogor, who is also a Wildlife Conservation Society fellow.

Nigeria is signed up to various agreements that prohibit the hunting and commercial trade of pangolins, yet it has been involved in more reported trafficking incidents than any other African country.

Emogor and colleagues combed through the records of several domestic and international agencies as well as conducting interviews with Nigerian customs and intelligence officers working to try and curb wildlife trafficking.

The average mass of reported Nigeria-linked seizures increased steadily from 2010 before jumping sharply around 2017, when Nigeria secured its place as the nucleus of Africa’s pangolin trade, according to researchers. While the country initially acted as a conduit, by 2019 almost all shipments originated in Nigeria.

Pangolin cargo was trafficked via land and air, but the majority – some 65% of all scales – was shipped by sea, with maritime smuggling increasing over the years. Some seizures occurred in warehouses where mode of transport and destination were unknown, but all those taken in transit were likely bound for Asia.

The highest quantity of scales destined for any country or territory was Vietnam (over 64 kg), followed by China (over 48 kg) and Hong Kong (over 21 kg).

Two shipments uncovered this year had claws separated out from scales, suggesting traffickers are catering to shifting demands such as those for pangolin-claw amulets in China.

The researchers call for increased law enforcement efforts and mandatory training in the detection of illegal wildlife products for Nigerian customs officials, particularly at seaports, along with proper seizure documentation by Nigeria and surrounding nations.

“We would like to see a greater emphasis on the prosecution of apprehended traffickers as a deterrence,” added Emogor, who points out that traffickers were rarely arrested during confiscations in Nigeria, and of those that were, the vast majority had cases settled out of court.

Emogor was raised on the edge of the Cross River National Park in Nigeria, and grew up surrounded by wildlife, yet from childhood onwards had only ever seen dead pangolins until last year.

“I was thrilled to finally see a live pangolin after almost two decades of admiring them, but was also sad to experience how vulnerable they are,” said Emogor. “They reproduce sparingly, move quite slowly and roll into a ball when touched.

“These remarkable animals need all positive attention they can get.” 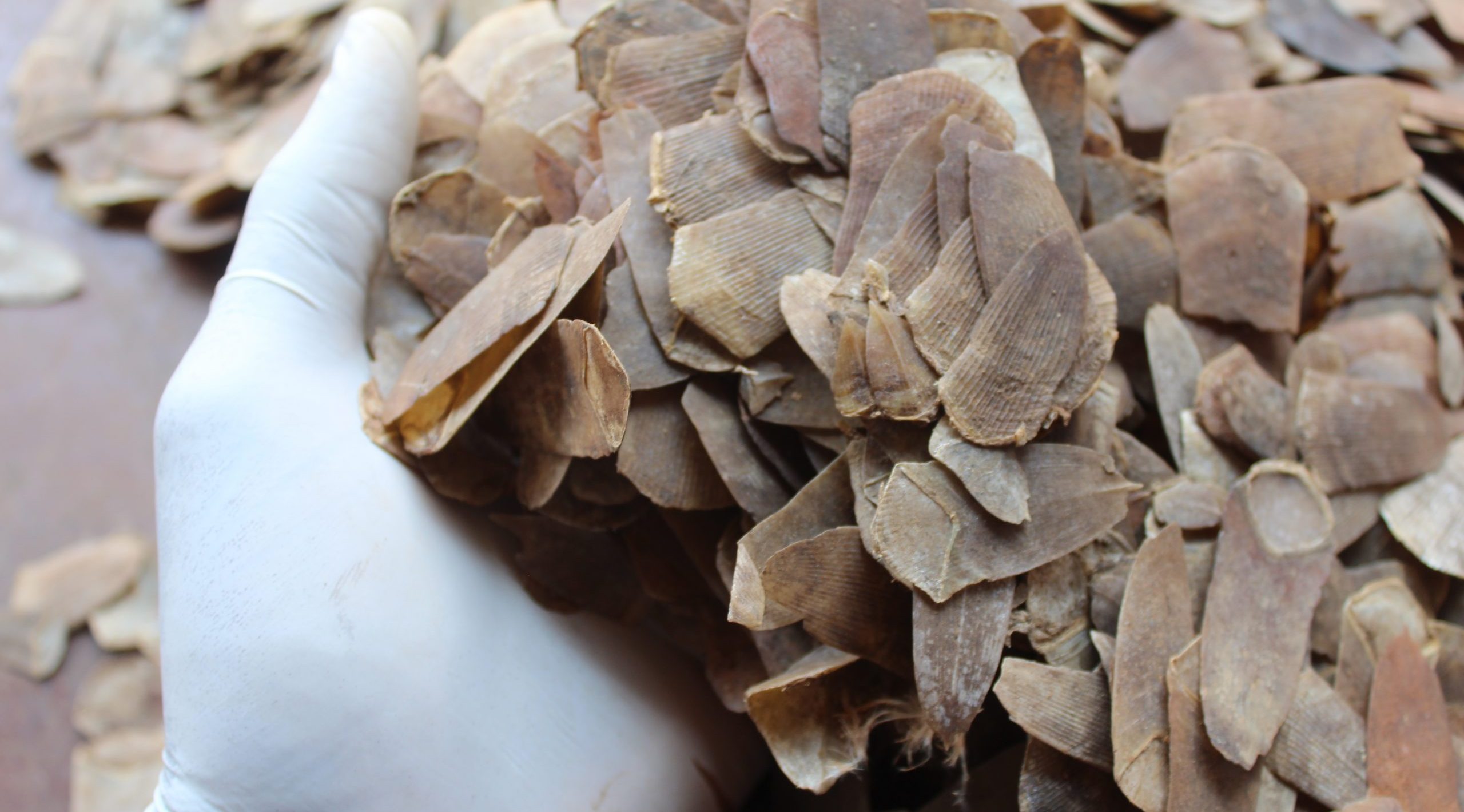 Grants of up to US$15,000 are offered to projects not exceeding 12 months led by non-profit orgs, social groups & research institutions.