Removing rare crocs from the menu 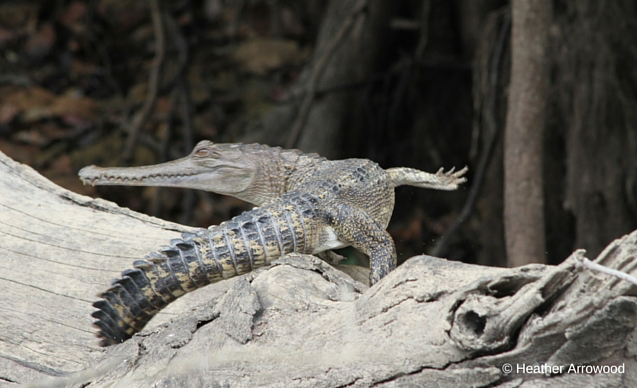 Team leader Cyrille Mvele and Heather Arrowood describe how a CLP award-winning project is persuading local communities not to make a meal of a Critically Endangered reptile.

Lambaréné, at the crossing of the Ogooué River with the National Highway, has long been an important market for wildlife trade in Gabon. When Cyrille Mvele and his team won a Conservation Leadership Programme (CLP) Future Conservationist Award in 2014, the Critically Endangered slender-snouted crocodile (Mecistops cataphractus) was the most commonly observed bushmeat for sale in the market at Lambaréné. Between 2012 and 2015, slender-snouted crocodile represented over half of all bushmeat recorded in market and restaurant surveys conducted by Organisation Ecotouristique du Lac Oguemoué (OELO).

While the slender-snouted crocodile has been fully protected under national law in Gabon since 2011, local hunters, vendors, restaurant owners and consumers either did not fear law enforcement, or did not understand that the species was protected, as they continued to openly advertise crocodile meat on restaurant menus and on bushmeat tables.

In 2015 Cyrille and his team launched a CLP-funded outreach campaign in Lambaréné – Projet Faux Gavial (French for slender-snouted crocodile) – in order to raise awareness about the species, rally support for crocodile conservation, encourage local leaders and law enforcement to enforce laws, and change the preferences of the next generation of bushmeat consumers. 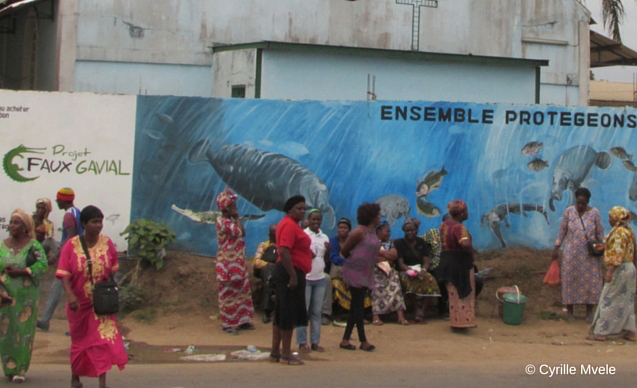 In the past year the project team has presented an environmental education module on crocodiles as part of the curriculum at 14 local schools, launched student-led nature clubs that engaged in outreach about crocodile conservation, led community outreach with hunters and vendors at the local market, created a community green space with a crocodile mural, erected an informative panel on the protected status of the crocodile at the bushmeat market, and worked closely with local leaders to find ways to reduce commerce.

As a result of these efforts, in February 2015, the Mayor of Lambaréné signed a decree forbidding the commerce of protected species in the city and pledging support to enforce protected species laws. In early 2016 the team launched a citizen science project where students use WhatsApp to record slender-snouted crocodile sightings and crocodile bushmeat for sale. The most active students in this effort will win scholarships for the upcoming school year. 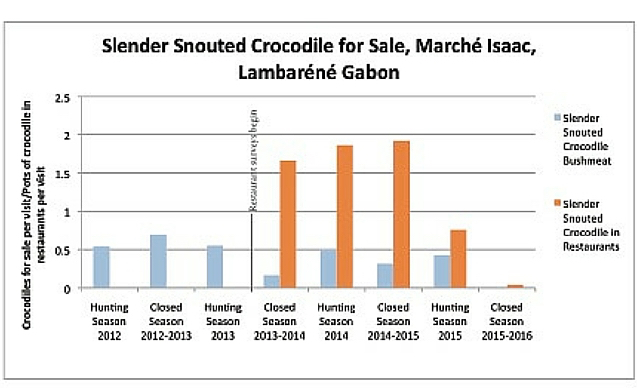 These early successes are promising, but the team will need to maintain its efforts to ensure that commerce does not restart or go underground. In the coming months the team will be looking for hidden black markets, identifying livelihood alternatives to hunting crocodiles, and collaborating with local community leaders including market representatives, teachers, law enforcement, conservation partners, elected leaders and religious leaders to keep these Critically Endangered crocodiles off the bushmeat table and out of cooking pots. 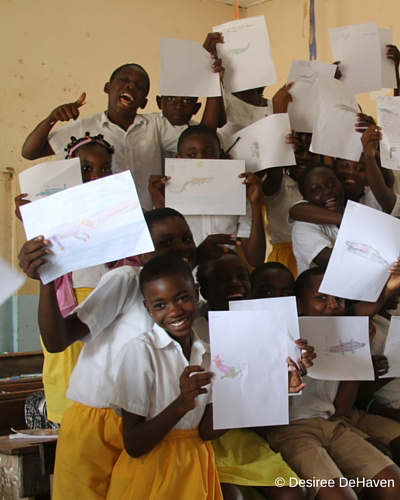 Check out this video about a project conserving giant guitarfishes in Indonesia!

This team of early-career conservationists is being supported by one of our 2022 Future Conservationist Awards.

The American Museum of Natural History is offering three types of grants through the Frank M. Chapman Memorial Fund to support ornithological research anywhere in the world.

1. Chapman Postdoctoral Fellowships: During the 2022-2023 postdoctoral fellowship cycle, potential applicants are requested to contact individual curators for further information and availability. (No deadline)

2. Chapman Research Grants are small short-term awards for research that are available to graduate students for expenses associated with projects primarily focused on the systematics and evolutionary biology of birds. Most grants average approximately US$1,500. Deadline: 30 November 2022.

3. Collection Study Grants: Collection Study Grants are awarded, competitively, to avian systematists (graduate students being a priority) without other funds who wish to perform specimen-based research in the ornithological collections of the American Museum of Natural History. These grants are designed to supplement funding from the investigator’s own institution. (No deadline)