After 15 months of intensive forest surveys in Nigeria, a team of Conservation Leadership Programme (CLP) alumni has found 36 bat species, ten of which had never before been seen in the country.

Beginning in May 2015 to January 2018, the co-Founder and Director of Small Mammal Conservation Organization (SMACON) and leader of a 2020 CLP-funded project, Dr Iroro Tanshi, led a research team into the forests of Afi Mountain Wildlife Sanctuary and Cross River National Park (Okwangwo Division) in Cross River state to look for bats.

These forests have long been suspected to hold a large number of bat species, but the Nigerian areas had never been sampled. The team used both mist-nets and harp traps to catch, study and release the bats. Harp traps have rarely been used to study African bats. The report of this study, published in the journal Acta Chiropterologica on Monday, February 14, has confirmed that this forest is indeed a stronghold of bat diversity.

In Nigeria, the most important areas for biodiversity are under-sampled compared to similar areas in other parts of the world. They are also threatened with intensive extractive forces. One such place is the forest that extends from south-eastern Nigeria to south-western Cameroon, also known as Africa’s oldest forest. The forest is home to a high diversity of mammals and endemic species, protected under the Afi Mountain Wildlife Sanctuary (AMWS) and Cross River National Park (CRNP), and has been suspected to support several species of bats but hitherto not studied.

“There was hidden diversity that {the forest} was predicted to hold that we didn’t know because it hadn’t been sampled,” said Dr Tanshi.

Additionally, one Endangered species recorded in the survey was Hipposideros curtus (short-tailed leaf-nosed bat), which was rediscovered in Nigeria by Dr Tanshi in 2016 after it was long thought to be extinct in the country. Dr Tanshi’s rediscovery of H. curtus contributed to her winning prestigious conservation awards, including a CLP Future Conservationist Award to help the team set up a long-term monitoring programme, and protect the last known roost of this species in Nigeria.

The research outcomes also include the discovery of seven species facing conservation concern, including species identified as Endangered or Data Deficient by the IUCN. Thus, the study highlights the need for further intensive research focused on estimating wild populations and understanding the threats driving them to the brink of extinction, as well as the need to increase efforts to protect the refuges of these at-risk species. It is evident that forest conservation efforts in Nigeria must be scaled up, especially in biodiversity-rich areas that have not been surveyed extensively for biodiversity.

“You’re not going to find the species you find here elsewhere in the world, so having their habitat intact is critical. Without protecting these forests, such significant discoveries will be impossible,” Dr Tanshi added.

“This study suggests that this is certainly an extremely important area for bat diversity within the continent,” said another CLP alumna, Tigga Kingston, Professor at Texas Tech University, one of the paper’s co-authors. She also described the study as “…a key foundation for future ecological and conservation work, because we can’t protect any biodiversity if we don’t know what’s there in the first place.”

Dr Inaoyom Imong, the Director of Nigeria’s Cross River Landscape Program at the Wildlife Conservation Society, which also works in the area, commented on the future implications of the research: “The task we have goes beyond just research. We need to have boots on the ground, law enforcement actually protecting what is left of our of our real forests, undertaking a lot of education and awareness creation in the local communities that live next to these important sites and depend on them. They need to become aware that, while they have a need to utilize resources from these areas, they also have the responsibility to do so in a sustainable manner so that the forest and wildlife continues to be there for them to benefit from in the future.”

This study also discovered the only roost of the Endangered short-tailed roundleaf-nosed bat H. curtus in a protected area, at Cross River National Park, Nigeria.  Thus, Dr Tanshi and her team at SMACON have launched a large-scale effort to work with local communities to reduce the risk of wildfire outbreaks and cave disturbance, and set up long-term monitoring in order to conserve the species. The team is also searching for additional cave populations in Nigeria, while they build local capacity in bat research.

Watch this video to find out more about Dr Tanshi’s work on H. curtus:

CLP directs funding and training to conservation leaders like Dr Iroro Tanshi and her team at SMACON to ensure the success of vital efforts working to better understand and protect our planet’s threatened biodiversity. Each year in July, CLP opens its Team Awards competition, inviting teams of early-career conservationists worldwide to apply for project grants and other opportunities to grow conservation capacity in their country. For more information, see our Grants pages. 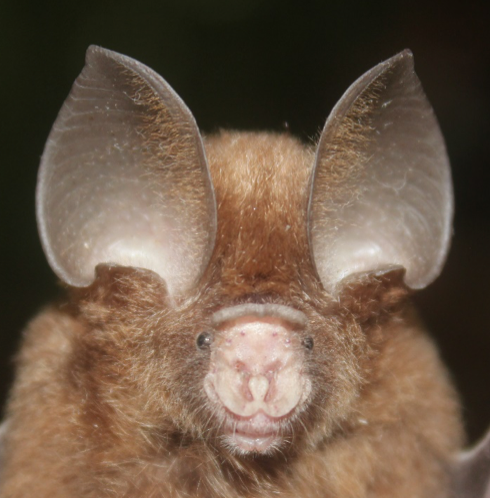