Bycatch of marine life in coastal nets results in high mortality of many species including seabirds, marine mammals, sea turtles and horseshoe crabs.

During a field survey at the Khandia estuary in Odisha district, this team from the Association for Biodiversity Conservation & Research (ABC) found multiple discarded fishing nets on shore, many of them with a number of trapped horseshoe crabs. This has unfortunately become a common sight in Khandia estuary. Fishermen, trawler operators and the local population are not aware of the importance of this species. Beyond their biomedical importance, sustaining the horseshoe crab population is also ecologically essential. Horseshoe crabs play a key role as bioturbators, disturbing sedimentary deposits. They host a variety of organisms on their shells, control the population of many benthic invertebrates and are a food source for a multitude of marine animals. 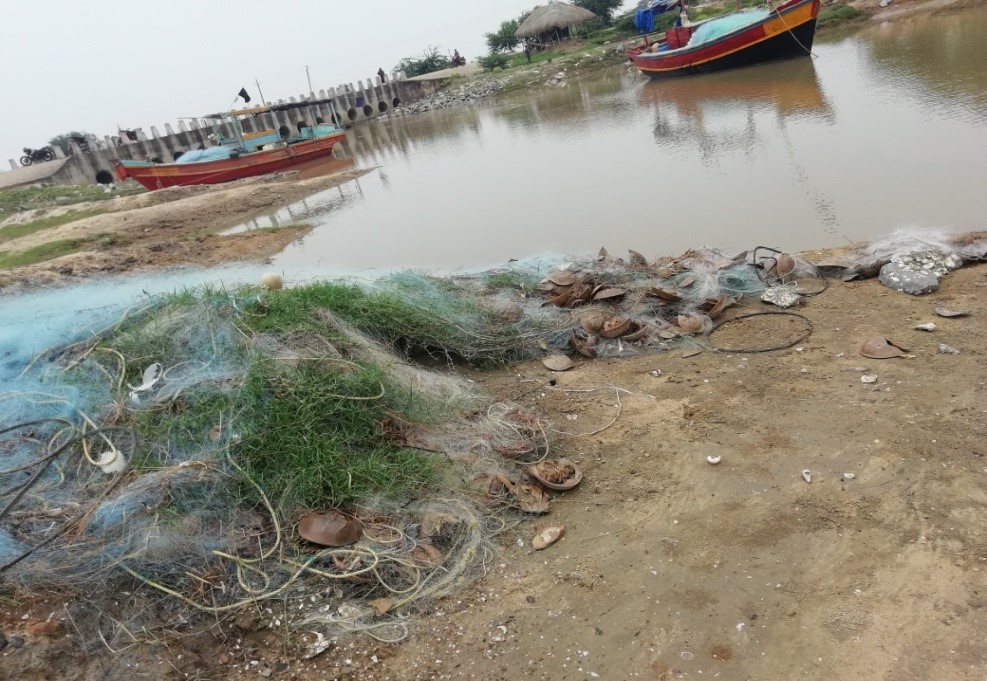 Upon closer inspection, the team was shocked to discover that there were more than 500 horseshoe crabs trapped in these nets after a single day. About 300 were still alive. Immediately the team cut all live horseshoe crabs free from the net and released them back into the sea. Additionally, the team spoke with the fishermen and boaters to make them aware of the urgency to protect horseshoe crabs and their breeding ground.

Horseshoe crabs are also threatened by the use of trawl nets that scrape across the ocean floor. Along the Odisha coast, there is unregulated use of mechanized bottom trawler nets, prawn-fishing trammel nets, monofilament gill nets, as well as beach shore seine and standing nets. Taken together, the result is massive entanglement and ultimate mortality of many individuals. 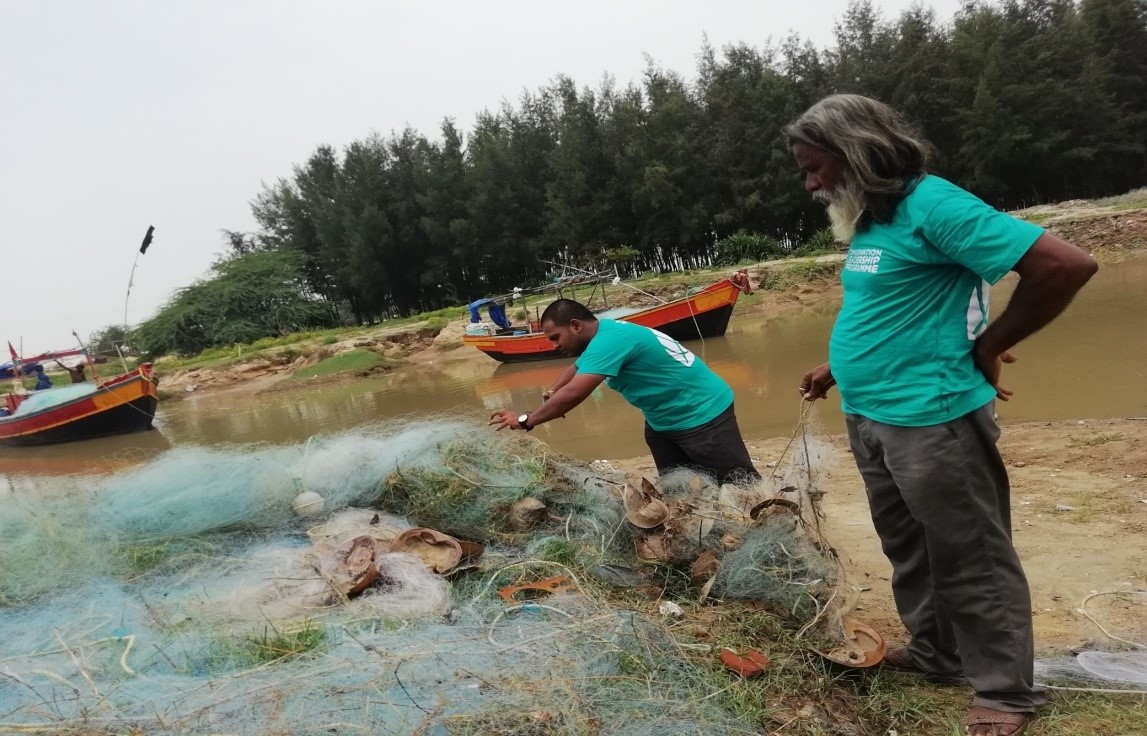 In order to develop a viable conservation strategy for this species, there is a need to train local law enforcement agencies, especially forest officials, about horseshoe crabs, their behaviour, and life processes and to establish monitoring protocols that can be applied on a regular basis. As of 2009, Tachypleusgigas is categorized as Data Deficient on the IUCN Red List and this species has been declared a Schedule-IV species under the government of India’s Wildlife Protection Act (1972). This act of the Parliament of India was enacted for the protection of plant and animal species. It has six schedules which give varying degrees of protection. Species listed in Schedule-IV are protected, but the penalties for violations are modest.

The CLP team is planning to recommend that the Indian government declare the Khandia estuary a protected area. Furthermore, as a result of the team’s efforts, a series of bycatch rescue and training programmes have been initiated by local communities to conserve horseshoe crabs along the Balaosre coast. To avoid a further decline in horseshoe crab populations along the Indian coastline and to safeguard their survival for future generations, the team recommends that a consultative process between the forestry and fishery departments needs to be initiated as soon as possible with involvement of local fishermen, heads of local administration and support of the local people. 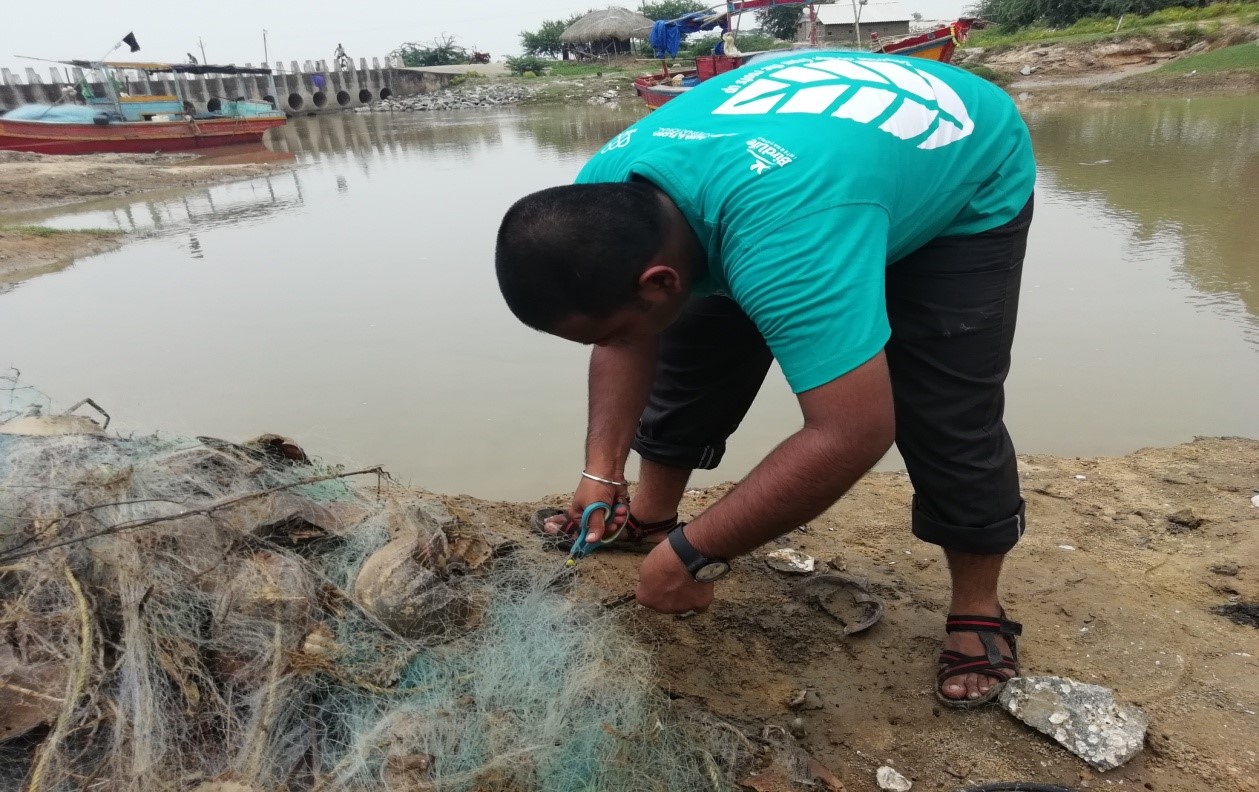