The Conservation Leadership Programme (CLP) is delighted to announce the winners of the 2016 Team Awards. As is always the case, the task of narrowing down the shortlisted applications was by no means a straightforward one. The award-winning teams can be justifiably proud of their achievement, and the high quality of the proposals augurs well for the success of their projects. We look forward to reporting on their progress in the coming months. CLP is granting 18 awards this year worth a total of $262,650, comprising 15 Future Conservationist Awards, two Conservation Follow-Up Awards and one Conservation Leadership Award.

Among the award winners is a team that will be assessing the population of the spectacular but elusive western tragopan in India’s Daranghati Wildlife Sanctuary, whose relatively undisturbed forests are a crucial stronghold for this and many other endangered pheasant species. Responding on behalf of his team, project leader Narasimha expressed their delight at being selected for “this prestigious and competitive award. It is a jubilant feeling! We hope that the information the project generates has immediate application in the conservation of the species and its habitat.”

Siti Nor Baizurah Binti Abdul Malik, co-leader of an innovative research project that will gather crucial conservation data on high-priority aquatic reptiles in Sarawak, West Malaysia, emphasised the potentially game-changing nature of his team’s Future Conservationist Award: “To be considered as a part of this programme is a great honour, and a window for more opportunities to come.”

Fellow co-leader Anthony Pine summed up his initial euphoria in a single word – “Woohoo!” – but was quick to acknowledge the wider significance of the awards: “Thanks for the positive response on our team’s Conservation Leadership Programme application. Not only that, thanks for offering such unique opportunities and support for the many other aspiring conservationists around the world with projects that are just as important as our own. Our team is very appreciative to have been chosen amongst such other important causes and worthwhile conservation projects.”

For Erika Gress, leader of a team that will study Mexico’s mesophotic coral ecosystems, the news of the award came as a welcome fillip after a tough day at the ‘office’: “I was actually planning an ecology lesson for secondary kids in one of the villages in the Xian Ka’an Biosphere in Quintana Roo, Mexico. After a very long day and with a bad headache, I decided to have a break hoping for some inspiration and opened my e-mail. It just put a massive smile on my face (I am still smiling) and I felt reloaded and inspired again!” 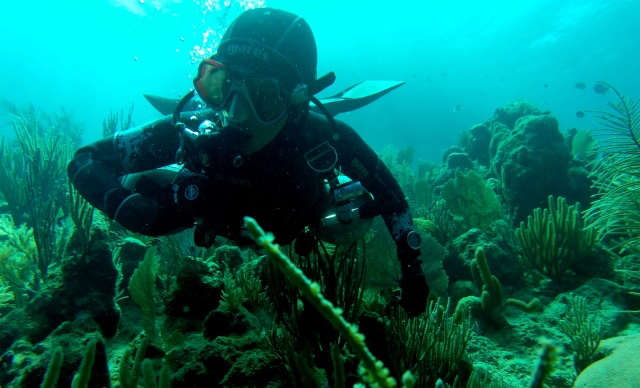 It was a case of ‘third time lucky’ for Ida Ansharyani and her team, whose persistence paid off when they finally received one of CLP’s coveted Follow-Up Awards, enabling them to continue their vital work in promoting sustainable fishing in Sumbawa, Indonesia: “We are so happy to get the CLP award (we have been shortlisted three times since our first CLP project in 2011, and we would not stop applying!) We are now ready to raise our initiative to a new level.”

Other threatened species and habitats that stand to benefit from this year’s award-winning projects include marine mammals in Malaysia and Mozambique; obscure and previously neglected amphibians in China and Mexico; wetland-dependent flora in South Africa; the wildlife of Angola’s national parks; avian hotspots in India; and Georgia’s migrating raptors. 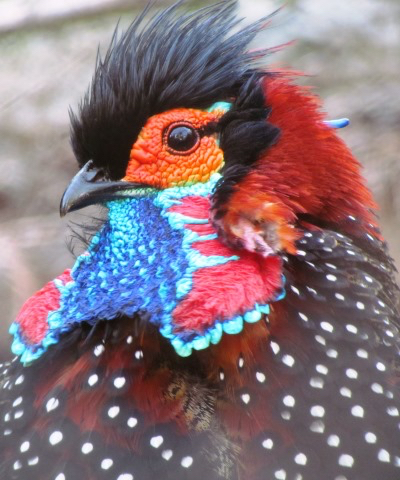