Negative attitudes of pastoralists toward the endangered snow leopard erode tolerance and threaten its survival in many places across central Asia. In our CLP project, we identified drivers of negative attitude toward snow leopards and wolves in Spiti Valley. Based on previous work we identified nine high priority villages that perceive snow leopards as a threat to livestock. We propose to work with these communities to develop multi-pronged approaches involving insurance based compensation, handicraft based alternate income generation for women, improved corral protection and facilitation of wild prey increase with the aim of reducing livestock predation by snow leopards as well as improving attitudes of local pastoralists. We will visit each of these nine villages and through community participation, develop conservation plans to guide the implementation of conservation programs. By the end of the project we aim to enable each of these nine priority villages to run at least two community-based conservation programs. Over the long-term, this project will contribute towards improved attitudes toward snow leopards within upper Spiti, thus helping to secure a large (~4000 sq. km) landscape. The project will provide invaluable experience to experiment with scaling up community-based conservation programs.

Micro-planning with villagers in Tashigang

Active stakeholder engagements over the past 8 weeks have allowed us to understand prevalent and emerging concerns that could affect the attitude of the local community towards wildlife in Spiti Valley. Through these engagements we have also been able to decide on measures that could be put in place to keep a check on these concerns. Some efforts are a revival of ongoing measures (e.g. our community-based insurance programmes are now being run in 4 villages with over 100 households participating), while some efforts have emerged out of our constant engagement (e.g. deployment of crop damage guards to reduce loss to standing cash crops). Socially fenced local nature reserves have been set up in 5 villages and are being monitored, and wild prey surveys are being conducted.

Thanks to the support by CLP, we have also been able to implement most of the measures discussed with the community. 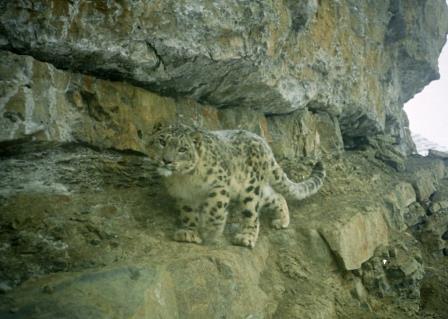