Home > Media Centre > Blog > From the Kalahari to the Atlantic Forest

It was a pleasant surprise when I received the news that I was given the opportunity by the De Beers Group to attend CLP’s Conservation Management and Leadership course in Brazil. I would have a long journey from the Kalahari to the Atlantic Forest. In the end I can say it was definitely worth it, not only for the new skills, but for the new family I found among 17 other participants from around the world. My conservation journey led me here and it began long before this course. Allow me to share part of my story. 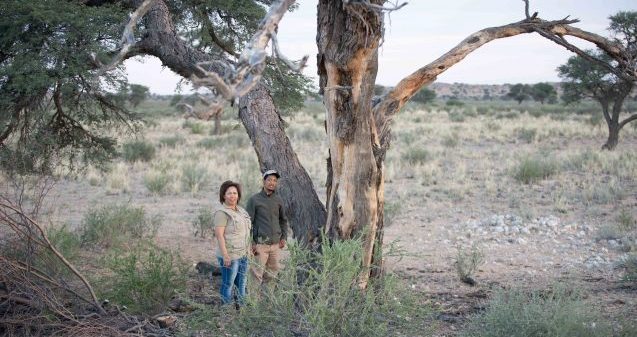 I am #Khomani san, a South African bushman. I grew up in a very remote and traditional village of the Kalahari in the 1980s. I was part of a family which I felt at the time was too concerned about dwelling in their past lifestyle as hunter gathers, focused more on the well-being of the family dogs and donkeys than their own children. I became the family animal caretaker in order to get the attention and affection from the elderly that I so desired. In a short time I was baptized “the animal child.” As I spent more time with them, I developed a deep love for animals which became so strong that when I learned that the meat we eat comes from the animals I love, I began to hate people, especially adults. I did not know what I could do to change things until my favourite uncle taught me about the traditional way of bushman life. His teachings made me realize how ecology works and why energy needs to be lost in order to be created. Gradually I could convert my childhood hate for humans into a deeper understanding of the human species.

Despite my love for nature, my family decided that I should study law when I finished school and as a village child I had to oblige. This felt like a mistake but I understood the reasons: my community has struggled for years to claim their ancestral land without any success and could not afford lawyers’ fees. Despite feeling motivated to help this cause, I quit law school after trying for two years. By that time, the community was awarded a portion of our ancestral land back and a project began to reconnect bushman with their ancestral land and to ensure that they transfer their traditional skills to the new bushman generation. I began work as a youth coordinator for this project. I also translated the negotiation documents with the South African National Park about traditional conservation methods and utilization from a #Khomani san bushman perspective. 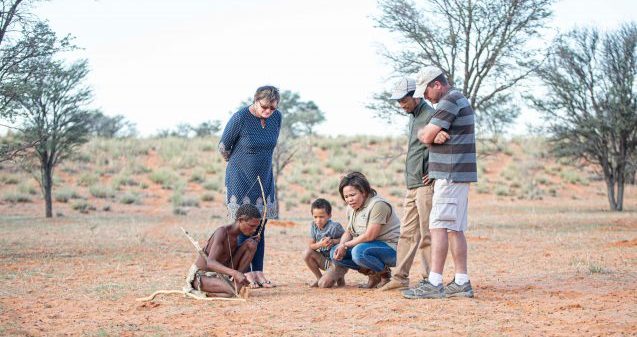 All the while my interest in conservation as a profession was growing. Through various training and education opportunities, I became a nature guide, then tourism manager, and I am now a tourism and conservation officer in my community. I have started looking into new projects to monitor and conserve biodiversity on the #Khomani san properties. One of the projects is related to aardvarks (Oryteropus afer). My fascination with them aside, I chose to study them as very little is known about the species and because we as bushman hunted aardvarks in the past. This project investigates if aardvarks are still hunted and if so, what is the rate of utilization. The project will also document the traditional bushman hunting techniques and create educational material for our children. 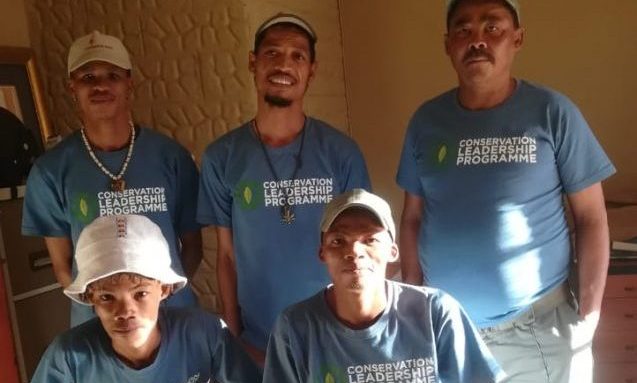 Attending the CLP training in Brazil was a turning point for me, and I found the tools shared in the leadership and behaviour change sessions valuable. The approach to learning and teaching was very fresh and new and it provided ample opportunities for all of us to continuously participate and engage during sessions. When I got home, I completed the logical framework exercise with my colleagues who really appreciated the tool. My all-time favourite part of the course was learning a new way to conduct daily check-ins: reflecting on highlights from the day before, expressing gratitude, celebrating accomplishments, and sharing desires for the future. When I introduced this to my team during our compulsory Monday morning meetings, our work environment almost changed overnight. We now have a constant flow of positive energy and we all are willing to embrace it after struggling to pinpoint the source of challenges among the group. I have been a part of numerous workshops in the past and conducted a few myself, but CLP, you guys are the best! 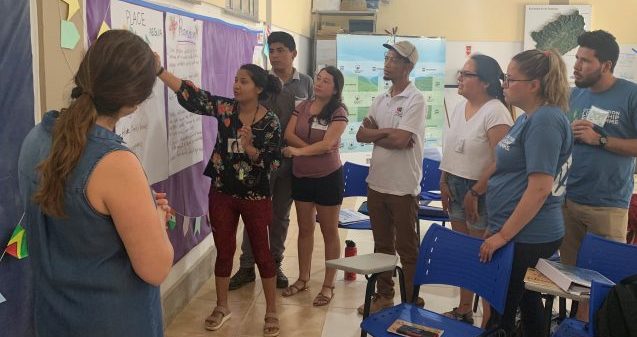 I met the awesome people of Brazil and enjoyed the hospitality at the training center and the nearby villages. Mauro and Jeff gave my roommates and I Spanish lessons while watching soccer in the village. I experienced my first boat ride with bird experts William and Martin. I tried local food and drinks and watched Bollywood moves in action while Akshay, Upma, and Christina danced during culture night. I once went to bed laughing myself to sleep with Sherilyn’s voice in my ears – she was saying the words to a game we just learned to play. I sang in front of people for the first time, wrote and sang a song and poems, but most of all I gained a new family. Don’t ask me why we call our group the “swamp monkeys” – the name just stuck. No matter how tired I am after putting my children to sleep at night, reading updates from everyone on our group chat brings a smile to my face.

I brought seeds of emotional treasures to the Kalahari to plant a CLP tree in my garden, a tree that will grow amongst the other beautiful plants I have already collected. I water this colourful tree constantly and talk to each of the leaves. Each has a unique shape, size and character of its own.  The other morning it had a fresh leaf which puzzled me at first. I soon realized it was Mridul, a CLP alum who was remotely connected with our group even though he couldn’t be with us in Brazil. Here he was on my tree, saying hi. 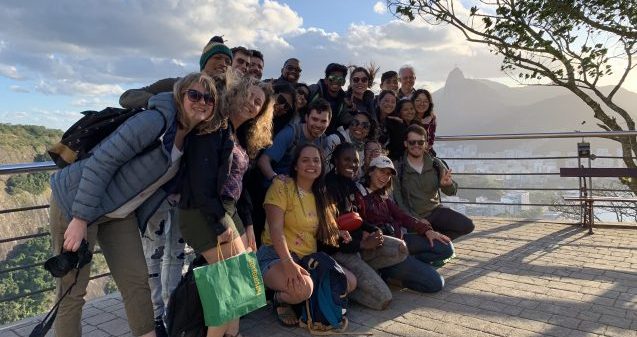 This course was made possible thanks to the support of the following donors: the Aage V. Jensen Charity Foundation, American Express, Arcadia – a charitable fund of Lisbet Rausing and Peter Baldwin, the British Birdwatching Fair, De Beers Group, and the Global Trees Campaign.