An initial encounter in Beijing almost a decade ago, facilitated through CLP travel grants, ultimately paved the way for collaboration between two Colombian CLP alumni, Blanca Huertas and Jorge Velásquez, who are determined to put butterflies on their country’s conservation map. 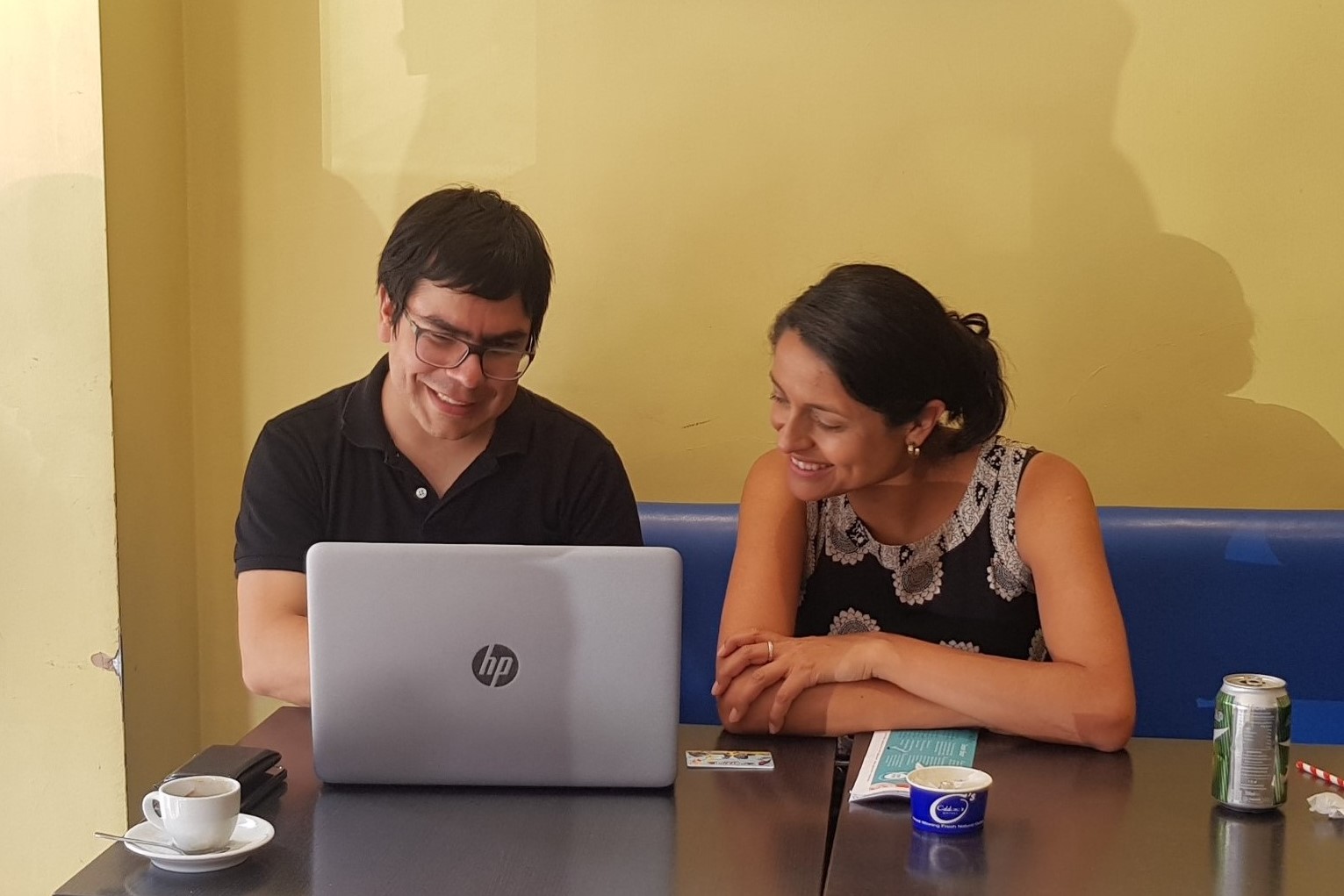 How did two biologists from Colombia start collaborating in London?

Jorge: Well, we met at the International Congress of Conservation Biology (ICCB) in 2009. A lot of CLP alumni were at that congress and there was a really good connection between us. We then kept seeing each other at scientific events, during which we talked about doing something together.

Blanca: That’s true! It’s CLP’s fault that we met! It was thanks to a CLP Alumni travel grant that I was able to travel to the ICCB in China where I presented some of my PhD findings [see photo below]. It just so happened that next door there was someone from my country who was working on species distribution who had some super-cool assessments that I found really interesting. At conferences, normally the first barrier is dealing with a specialist as it’s a different language in general – a very technical language – but it was very nice to speak with someone from my own country in my own language. Of course, it was really nice that we got on together. It was funny because, while in China, my husband and I took the opportunity to travel around the country together. Jorge had the same idea and we ended up bumping into him in every airport! It gave us more time to get to know each other and find out about our work interests. Since then, every time we met at a conference, we always said “yes we must do something together”.

Jorge: Yes, it was tricky finding the time and funds to make a collaboration happen. It wasn’t until we saw the 2017 call for Newton Fund Latin America Researcher Links Travel Grants that I proposed that Blanca and I work together on documenting the distribution of Colombian butterflies and assessing their risk status.

Blanca: The final “click” in our connection was at the 2017 ICCB in Cartagena where we had some time to sit down and work on the Newton proposal together, which enabled Jorge to come to the UK and work with me at the Natural History Museum in London. Funnily enough, I remember saying to him at the beginning of this project “If you’re going to engage, we both need to recognise that we’re starting from zero and so this could end up being a very long-term collaboration.” This is just the beginning, hey? 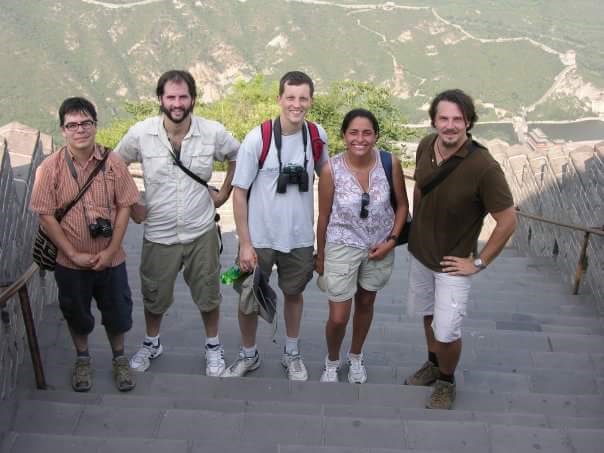 Can you tell us more about this project?

Jorge: The idea is to map butterfly distribution, identify where the highest concentrations of butterflies are and, given that so many species are known from one to three localities, develop a workflow to assess their risk status. This is what I’ve been doing for birds and other groups in Colombia through Biomodelos at the Humboldt Institute, and Blanca had already done something similar for butterflies during her PhD, but information specific to Colombia was lacking.

Blanca: The diversity of butterflies in Colombia is so vast that this is probably a lifetime of work (maybe more!), but we are starting by mapping the distribution of some species because surprisingly – even though Colombia is one of the countries with the highest diversity of butterflies – there are no published checklists or comprehensive books containing all of the species and their distribution. Knowledge on butterflies is very scattered so we are putting this all together combining Jorge’s expertise on biodiversity informatics and modelling with my knowledge of butterflies. Bear in mind that these are just the endemic species we’re working with.

Sounds like a researcher’s dream! How will you be using this to support conservation?

Jorge: There is this huge knowledge gap on the distribution of butterflies in Colombia, which means that decisions influencing conservation rarely take butterflies into account. Decisions are mainly based on knowledge of birds, mammals and some plants. We aim to ensure that butterflies are represented too.

Blanca: In Colombia, conservation and the setting up of national parks is very dependent on data, so we are producing this data. There have been some conservation assessments on butterflies, but these have covered a very small percentage of the total species (probably less than 1%!). There are so many non-charismatic, endemic butterflies that rely on specific habitats and are very important bio-indicators, but people are not paying attention to them. It’s an opportunity to use butterflies as flagship species.

In what format will you be presenting this data?

Jorge: We shall be producing distribution maps and share these online through Biomodelos. Then, we’ll do extra work – finding out where species are concentrated and computing statistics and other parameters to initiate risk assessments. Blanca is right! This work is just beginning! In the end we hope to have an atlas and risk assessment of all Colombian endemic butterflies, which will be presented to the Colombian Ministry of Environment to build a very strong case for including butterflies as a target group for conservation.

Blanca: Maps are so important for presenting scientific data to high-level decision-makers. Just last month I attended a conference where Colombia’s outgoing president and the government announced plans for a “Frontier for Agriculture” in Colombia. This means that, whilst they are protecting important habitats like the Chocó and the Amazon, other areas inside that proposed frontier could now be exploited for agriculture. Yet we’ve already found that many endemic butterflies occur inside the frontier and nowhere else! We have to present all of our results so that decision-makers can take measures to protect those areas.

How can your experience of working together benefit other early-career conservationists?

Jorge: Well, if I was going to advise a young Jorge 10-20 years ago, I would tell him that conferences are very good places to meet others working in your field. But it’s always good to branch out and talk to as many people as possible. Who knows? You might find common ground with someone and come up with a collaborative project, either right away or 10 years later, like with Blanca and me. It’s very important to build skills in networking. Most conservation science these days is not the job of a single person. Many publications are authored by groups of 10 people. This is the way science is being done today.

Blanca: The support that CLP gives us is important to all of us. CLP’s networking events, like that at ICCB in Cartagena [see photo below], give us a chance to talk with other experienced researchers as well as those who are just starting their careers. It’s nice that CLP remains engaged with alumni the programme was funding 15+ years ago. Hopefully many of us will come together at the 2019 ICCB in Malaysia where Jorge and I plan to present our results. 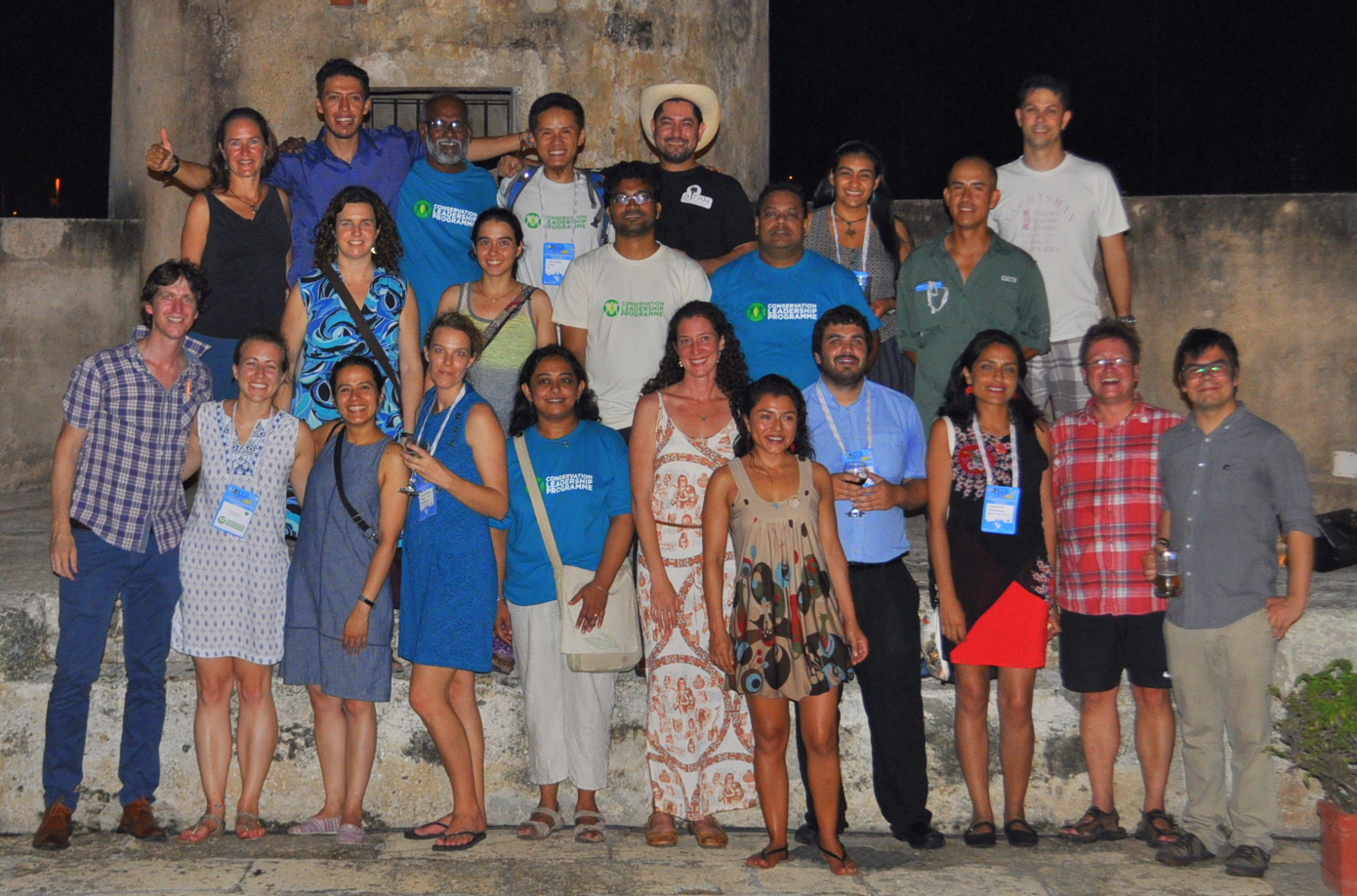 How are you going to carry on working together on this project?

Blanca: Ideally, we should be targeting the entire spectrum of Colombian butterflies but in our capacity we’re focusing only on endemic species and have only done 20% of the job so far. Again, with incredible results, but we still have a couple of years to complete this work. Sorry, Jorge! (Both laugh). We are currently sourcing new funding to continue working and hope to get involved in training new people, using our expertise and passing on knowledge for a long-term project. Hopefully we can start involving people from the CLP alumni network.

Jorge: We started this particular research with an achievable, narrow objective. But as our findings unfold, interesting projects pop up. Whilst there has been some systematic research on butterflies, practically nothing else has been done in terms of biogeography and conservation. So it seems like the field is wide open to do lots of interesting research that can help conservation of this taxonomic group.

Blanca: We’re also trying to put this in a social context. Ultimately, we want the butterfly atlas to be produced in the next years and for it to be used in the development of ecotourism. Birds are currently the flagship species but butterflies can also be used. Jorge has a lot of experience at the Humboldt Institute analysing potential areas for bird-based ecotourism. Those involved in bird-related conservation and ecotourism in Colombia are 20 years or more ahead of their butterfly counterparts…they have all these magnificent books, maps and research…plus the all-important data to help create new priority areas for conservation. But with butterflies the core data is lacking. We’re starting to collate this from scratch so hopefully this is going to initiate a big following for butterflies in Colombia.

CLP is currently in north Sulawesi for our annual Conservation Management & Leadership training. We recently learnt that Sulawesi has the highest number of endemic butterflies. What do you make of that?

Jorge: Do you think we could break that record, Blanca?

Blanca: I was fascinated to hear that you are in Sulawesi. At the Natural History Museum we are hoping to do some work there because of the high species endemism. Sulawesi has 219 endemic species of butterfly. But Colombia has more endemic butterflies than the entire number of butterfly species in Sulawesi! Now we just need to document them in one place!

The support that CLP gives us is important to all of us. CLP’s networking events, like that at ICCB in Cartagena, give us a chance to talk with other experienced researchers as well as those who are just starting their careers. 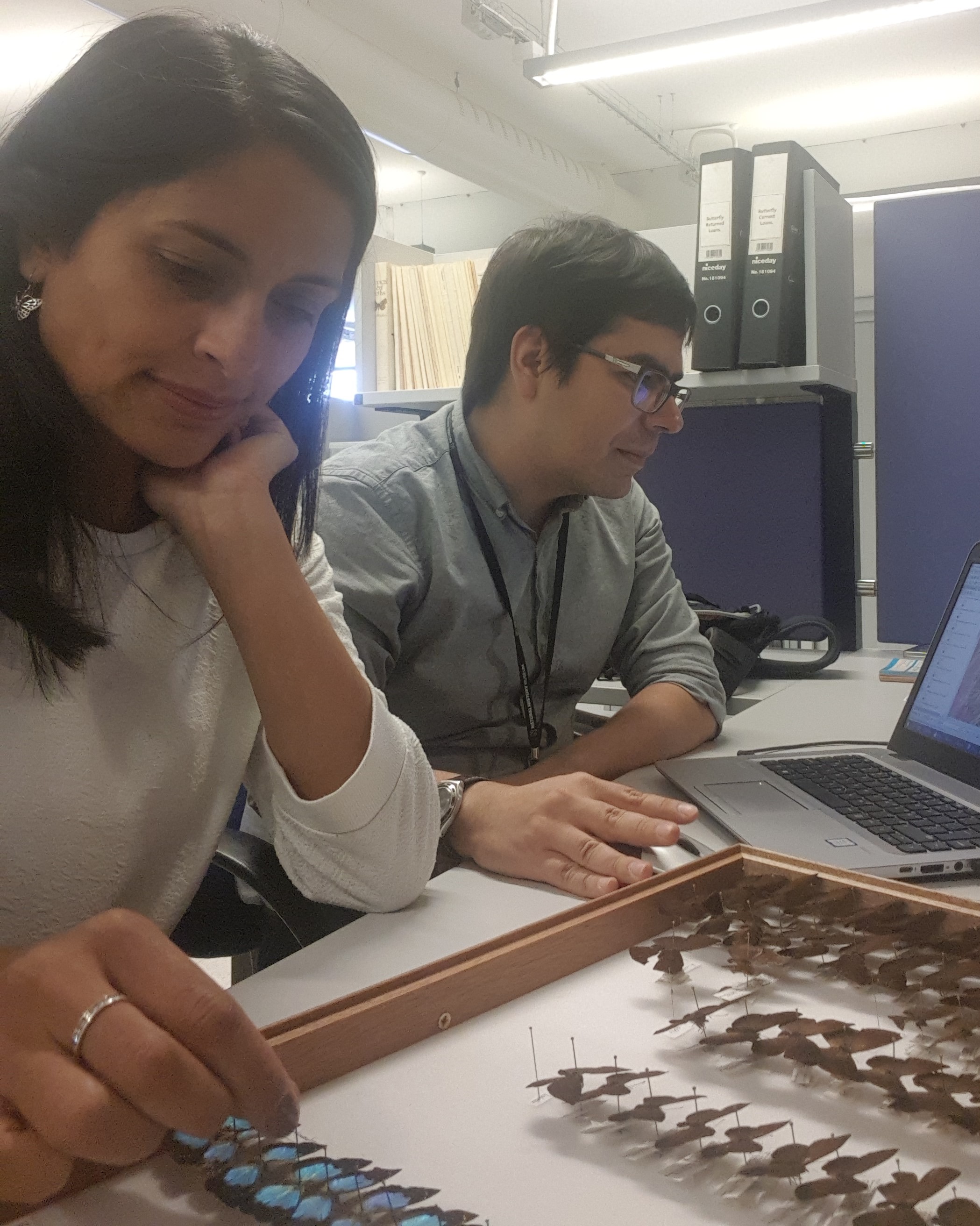