Home > Media Centre > Blog > A leap in the right direction 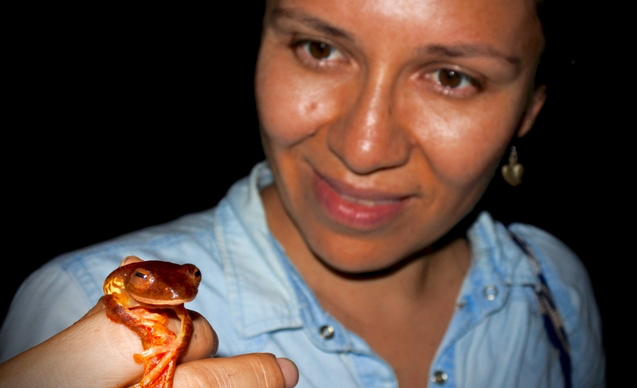 Conservation Leadership Programme (CLP) Ambassadors play a valuable role in helping first-time CLP Team Award applicants to improve the quality of their proposals and maximise the chances of their project being funded. Before applying for a 2016 Future Conservationist Award, Edna Leticia González Bernal, team leader of the award-winning project, Preventing the disappearance of three frog species from Oaxaca, Mexico, sought help from Mauricio Sebastián Akmentins. A CLP Alumni Ambassador and a fellow Spanish-speaking amphibian specialist, Mauricio was leader of the 2013 award-winning project, Saving the Endangered marsupial frogs in Yungas forests of Argentina. We asked them both to describe the process from their respective viewpoints.

When I applied for a Future Conservationist Award, I received some valuable advice from a former CLP alumnus in an informal way. Later, when the Ambassador programme was established in 2013, I saw the opportunity to help other young conservationists to reach their conservation objectives. That’s why I chose to volunteer as an Ambassador. To date I have helped six CLP applicants, and two of these projects have won awards.

For me, the most rewarding parts of the programme are the feedback generated from the applicants, sharing my personal experiences as a conservationist, and the possibility of learning about different points of view and approaches in conservation. I find that very stimulating.

The Ambassador programme has made it possible for me to put into practice most of skills learned at the CLP international training course, which is one of the benefits of winning a CLP award. At the same time, it shows me new perspectives about how to address conservation problems. The latest one proved very useful at a time when I was applying for further funds for my own conservation projects. 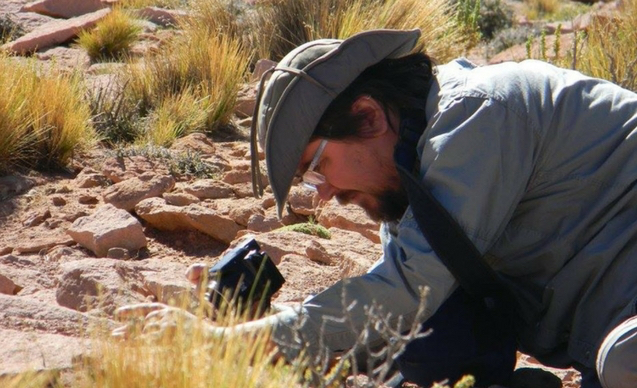 My advice to future CLP applicants is that it is a good idea to ask for Ambassadors’ advice! It is the best way of identifying the conservation problem that you are attempting to confront (the most common mistake), and helps you to set the conservation priorities and clearly express your project objective.

I would also definitely recommend the Ambassador programme to other CLP alumni who might be thinking of volunteering; it’s a very rewarding experience. I’m sure other alumni would take on the role of Ambassador if they knew about this opportunity. I think that sharing this kind of experience in the blog is a good way of making the programme more visible.

I believe that encouraging applicants and alumni to participate and use the resources provided by CLP (such as the Ambassador programme and alumni travel grants) is the best way to ensure the success of these conservation projects. 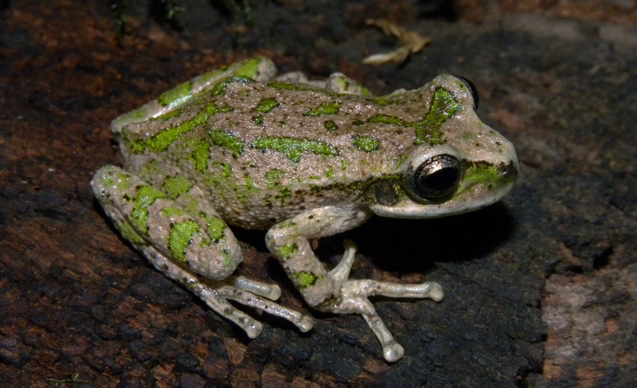 I actually discovered the Ambassador programme through the CLP website. I chose to participate because I thought it was a great opportunity that someone could read my proposal and send me feedback before I submitted it. I’ve always thought that having supporting people around you is an important aspect to achieve your goals. My goal in this case was to get my proposal financed and it was such a big opportunity to get it read and commented on by someone who was an expert in amphibians, a previous award-winner, but more than anything someone keen to help others in an altruistic way.

I picked Mauricio and sent him my proposal both because he works with frogs and he speaks my native language, which is Spanish. When I sent him the first e-mail I was very formal, you know, the usual way to write when you don’t really know someone. It took just a single reply from him to break this stiffness. Straight away, Mauricio was so friendly and easy to communicate with that I felt that I knew him personally – and had done for years!

It was clear that his main interest was to read my document and send me feedback, which by the way was full of good ideas. Maybe the most impressive comment that I got from him was that finding funding is actually about establishing a collaborative relationship with your funders rather than just asking donors for money. 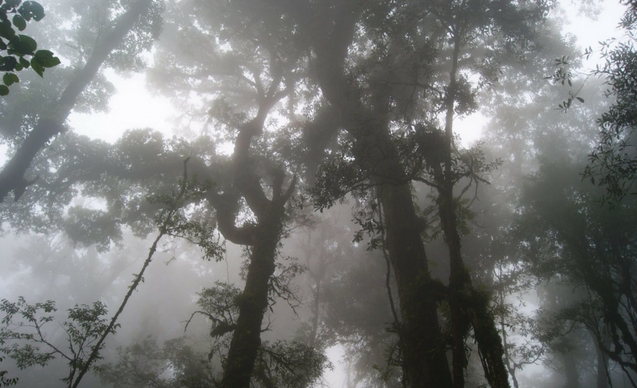 To be honest, I didn’t seek advice from any other reviewers or colleagues in a very formal way before submitting my application to CLP, but on several occasions I found myself talking about the project during mealtimes shared with colleagues, and I’m sure those conversations brought enriching ideas.

I would definitely recommend the Ambassador programme to future applicants! I think the programme is a great opportunity to get comments from other experienced peers. It is often common that after working on your proposal for a period of time you start overlooking important details that can be improved, sometimes as simple as making an idea clearer. Getting someone else to read it is an ideal way to get unbiased and thought-provoking observations that might contribute significantly to the success of your application.

If you ask me what advice I now have for future CLP applicants, I would like to pass on Mauricio’s comment – the idea that finding a funder is about establishing a collaborative relationship. It is important to understand that this is a key aspect when choosing funders and sending a proposal. Are you going to be able to collaborate with your funders? Do you share perceptions about the best way to solve the issue that you are trying to solve? Why are you interested in getting their support? Why should they be interested in supporting you? It is all about establishing a win-win situation, in this case for conservation. 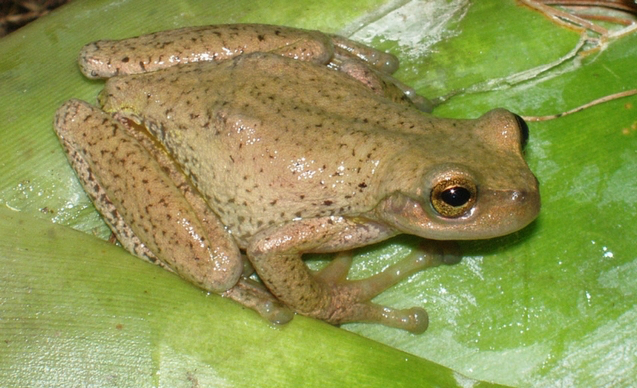 Details of the programme, and how to contact a CLP Alumni Ambassador, can be found here.