Avoiding net loss of threatened seabirds in the Southern Ocean 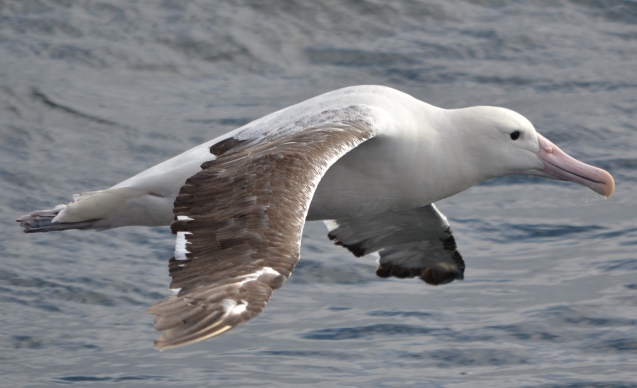 The use of measures to prevent seabird bycatch deaths has recently been approved by the Argentine government—a decision that will save the lives of thousands of seabirds.

The fishermen of the South Atlantic live alongside some of the great travellers of the natural world. Whales, dolphins, petrels and albatrosses are their faithful companions on the high seas. But fishing activity brings seabirds dangerously close to fishing vessels. Accidental capture in nets, or collision with trawling cables, can result in injury or death. Seabird bycatch poses a major threat to many species, with an estimated 9,000 to 18,000 black-browed albatrosses killed annually by Argentine hake trawlers alone.

Through the Albatross Task Force, BirdLife Partner Aves Argentinas has been working with fishermen to recognise and identify the seabird species they encounter every day: black-browed albatross, Cape petrel, southern giant petrel, shy albatross, southern royal albatross and – most majestic of all – the wandering albatross all inhabit these icy waters.

The Albatross Task Force is also the driving force behind major new legislation to address the bycatch threat, in a move that will save the lives of thousands of seabirds each year. In March, Argentina’s Federal Fisheries Council made bird-scaring lines – colourful streamers that keep birds away from danger areas – compulsory in trawl fishing from May 2018.

The draft resolution, which was approved unanimously, was developed by Argentine team members of the Albatross Task Force, with the support of the National Fisheries Secretariat, the Ministry of Environment and Sustainable Development, the National Institute for Research and Fisheries Development (INIDEP), the University of Mar del Plata (IIMyC-CONICET) and Fundación Vida Silvestre. 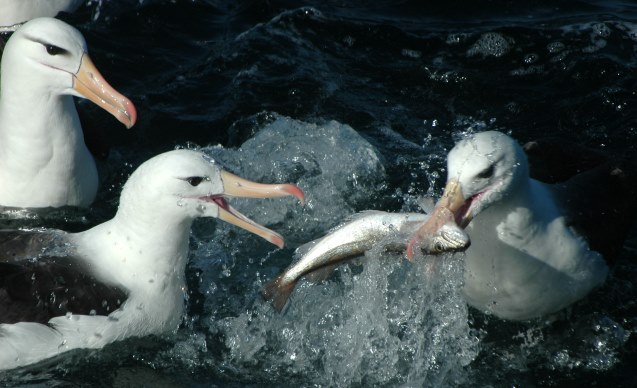 Leo Tamini, who coordinates the Albatross Task Force, began exploring these issues back in 2003, when he led a project funded by the Conservation Leadership Programme (CLP) focused on seabird conservation along the coast of Buenos Aires province. ‘The CLP award in 2003 was the cornerstone for my career,’ Leo said. ‘In fact, this award generated one of the first studies on seabird bycatch in fisheries in Argentina.’

Using a combination of interviews with fishermen and on-board observations, Leo’s team concluded that hundreds of great shearwaters and near-threatened Magellanic penguins were likely to perish each year as a result of entanglement with fishing gear, with many other species also at high risk. The project also engaged community leaders, fishermen and schoolchildren in educational activities to raise awareness about the seabirds, and the threats they face.

Over the following years this work grew, and a CLP Follow-Up award in 2007 helped Leo develop his work even further. By then, Leo’s team was training an enthusiastic volunteer network to generate citizen science data on the dead seabirds, marine mammals and sea turtles that washed up along 230 kilometres of coastline. This complemented a more comprehensive on-board monitoring programme, which added the near-threatened sooty shearwater to the list of those directly observed getting tangled in nets. 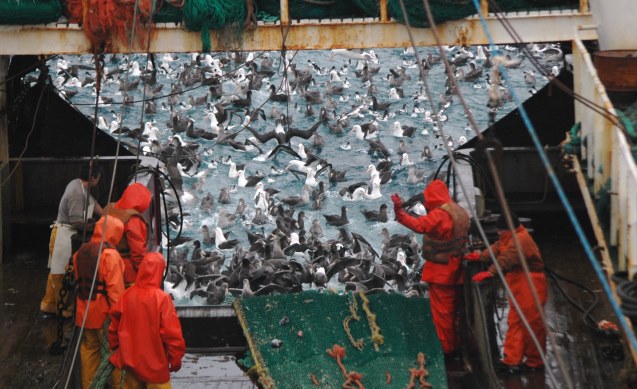 Leo’s involvement with the Albatross Task Force soon followed, and his determination to address the large-scale impact of seabird bycatch has seen him contribute to years of research, analysis, and negotiation with the government, all of which was rewarded by the recent change in legislation.

In addition, Leo has also been working to develop and fine-tune an invention to make bird-scaring lines even more effective. The Tamini Tabla acts as a weighted buoy, preventing the lines from becoming entangled with each other in the high winds of the South Atlantic. They are currently undergoing final testing, and Leo estimates that deploying them in conjunction with bird-scaring lines on a fleet of 33 trawlers could save a further 10,000 black-browed albatrosses each year.

This article was written by Claire Salisbury. All images © Leo Tamini/Aves Argentinas 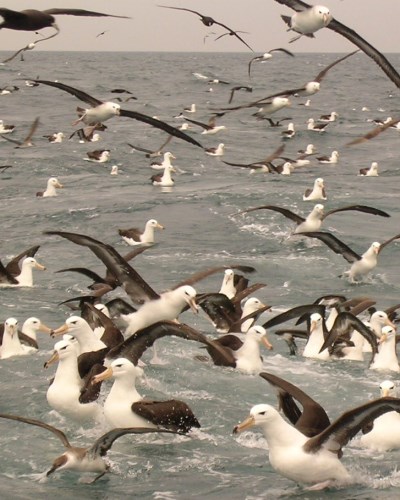