In this year’s Marsh Awards, two CLP alumnae were recognised for their outstanding contributions to conservation. In partnership with Fauna & Flora International (FFI), the Marsh Christian Trust selected Dr Ravinder Kaur for the Terrestrial Conservation Leadership Award and Natia Javakhishvili for the Early Career Conservation Award.

These accolades celebrate the extraordinary efforts of two inspiring leaders to conserve Bornean hornbills in Malaysia (Ravinder) and eastern imperial eagles in Georgia (Natia). Below Ravinder and Natia share their stories and describe what winning a Marsh Award means to them. 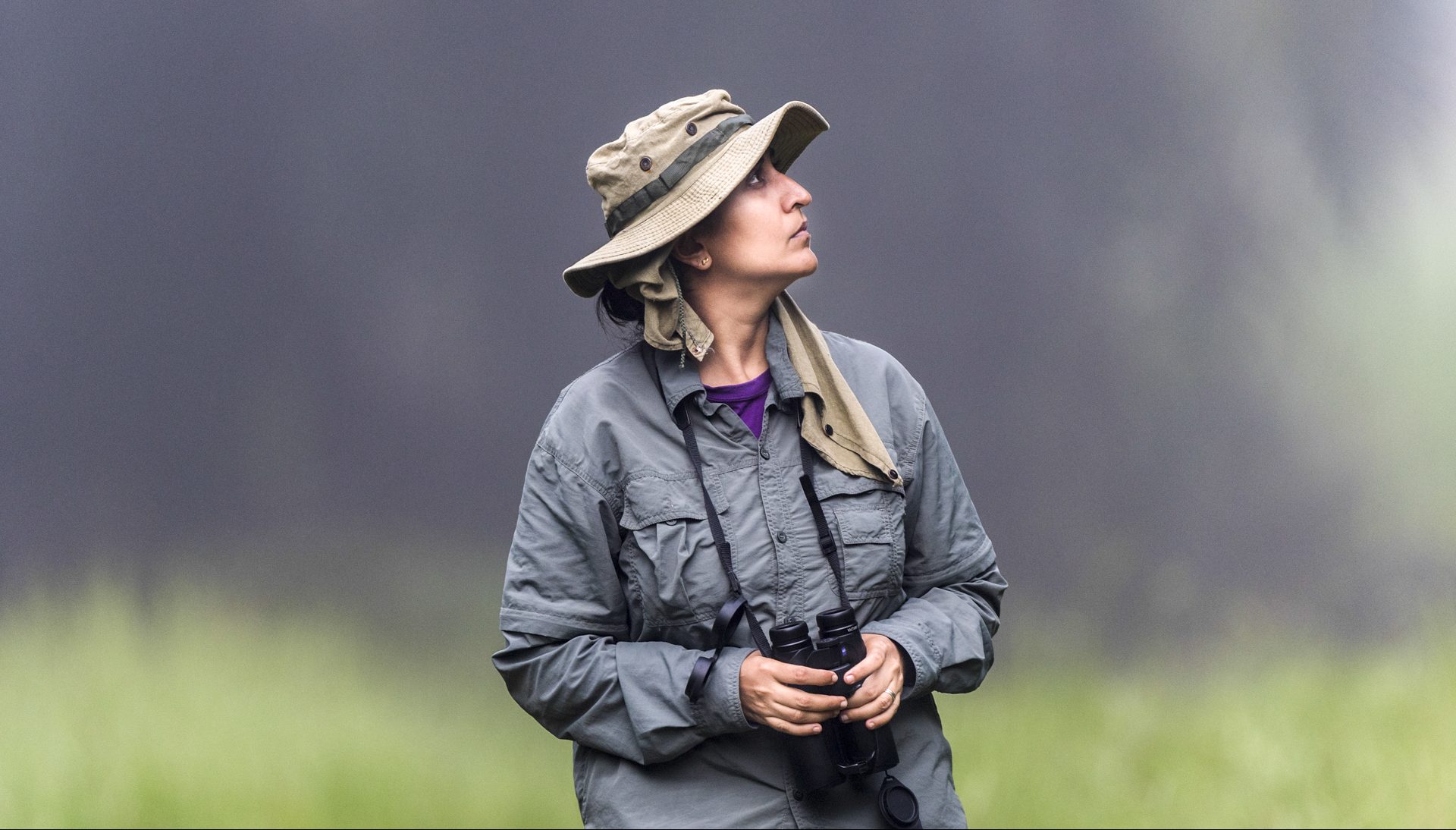 Dr Ravinder Kaur: “It will give our project much-needed exposure”

The 2020 Marsh Award for Terrestrial Conservation Leadership (worth GBP 4,000) was awarded to Dr Ravinder Kaur for her “significant contribution to sustainable biodiversity at a local level.”

When Henry Rees, CLP Programme Officer at FFI, told Ravinder the good news, she couldn’t quite believe it at first. “I was originally reluctant to be nominated because I thought I had no chance, so I was shocked to hear I’d won it!” she said.

Ravinder runs a project to conserve threatened hornbills in the Kinabatangan Wildlife Sanctuary in Borneo, Malaysia, through her social enterprise, Gaia (in partnership with local NGO, HUTAN/KOCP).

Unfortunately, the project has been grounded during lockdown, with most of their donors unable to provide funds due to the pandemic. “The Marsh Award came at the right time—it has definitely lifted my spirits. By winning it, I hope our project receives more exposure and we get to connect with future long-term funders to help keep it going strong,” said Ravinder.

After joining the HUTAN/KOCP initiative in 2014, Ravinder went on to win a CLP Future Conservationist Award in 2017 to further improve breeding opportunities for Kinabatangan hornbills. Working with a local team, she designed a new ‘phase 2’ set of artificial nest boxes based on her PhD research findings on the temperature and humidity conditions inside hornbill nest cavities. She also worked with HUTAN/KOCP to restore tree cavities that were eventually used by oriental pied hornbills (Anthracoceros albirostris) to produce nine chicks.

CLP’s Executive Manager, Stuart Paterson, was delighted to hear the news about Ravinder’s 2020 Marsh Award. “Alongside a committed local team, Ravin’s dedication and determination to monitor nesting sites and boost nesting success is making a huge difference to the conservation of these amazing birds,” he said.

Ravinder tells us that the ‘phase 2’ nest boxes have now started attracting a new species, the Endangered wrinkled hornbill (Rhabdotorrhinus corrugatus), with a female filmed exploring one of the boxes earlier this year.

Now widely considered to be an expert in her field, Ravinder is a member of the Helmeted Hornbill Working Group (a subgroup of the IUCN SSC Hornbill Specialist Group), which forms part of a ten-year strategy to save the helmeted hornbill. Looking ahead, Ravinder aims to improve nesting opportunities for hornbills throughout Malaysia and help re-wild fragments of the degraded Kinabatangan forests to further secure the future of these enthralling birds.

Watch this video to find out more about Kinabatangan hornbills and why they desperately need nest boxes:

Natia Javakhishvili: “It has made me realize that people believe in me” 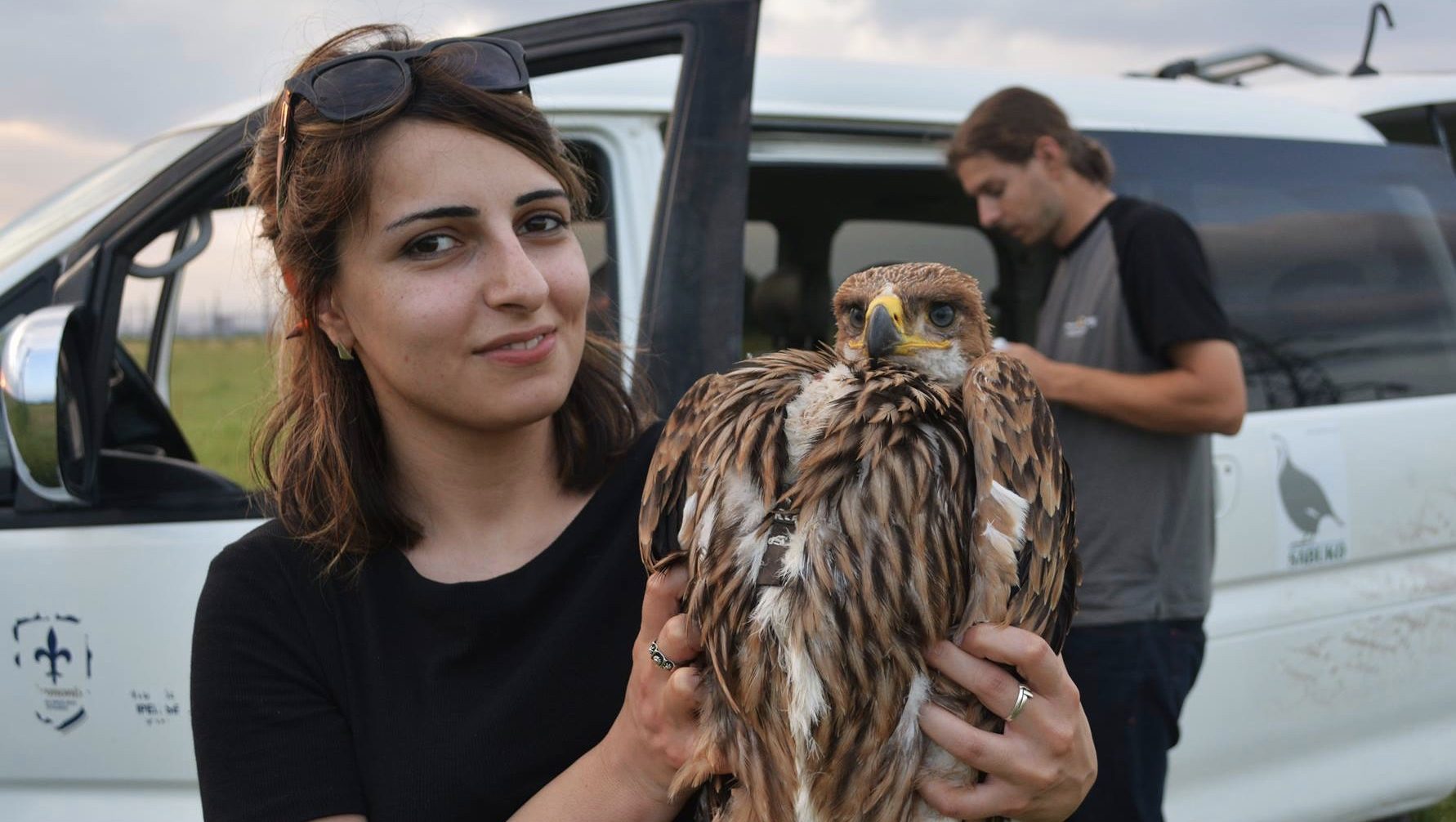 Natia Javakhishvili’s 2020 Marsh Award for Early Career Conservation (worth GBP 2,000) celebrates Natia as “a young conservationist who has achieved stunning success since beginning her conservation career.”

Natia was pleasantly surprised when she first heard about her nomination. “When you work in conservation, you often face so much resistance and problems that you often forget to even acknowledge your own successes,” she said. “For me, winning the Marsh Award came with another reward: the realization that other people believe in me.”

Back in 2015, Natia won a CLP Future Conservationist Award to conserve Vulnerable eastern imperial eagles (Aquila heliacal) in the steppes of eastern Georgia, an important breeding and wintering site for the species. By tracking juveniles using satellite telemetry and GPS loggers, Natia and her team showed that the eagles were mainly threatened by nest destruction, poaching and pylon electrocution. Indeed, over the course of three years, 80% of the tagged juveniles were killed due to these causes.

Off the back of her CLP project, Natia spearheaded a major campaign to raise public support and successfully lobbied for electricity providers in Georgia to be held accountable for destroying eagle nests. And in 2017, Natia and her team won a landscape restoration grant under the Endangered Landscapes Programme, enabling them to restore critical habitat not only for eagles but for other important species in the area.

Henry Rees, CLP Programme Officer, describes Natia as a true role model for future conservationists. “Not only will this award provide Natia with the recognition she deserves, but it will support her in growing her vital work and help her continue to have an impact throughout Georgia,” he said.

The Marsh Award recognises Natia’s remarkable successes, not just in her conservation projects but also in her career, which has quickly gone from strength to strength. After starting out as a volunteer for SABUKO (a BirdLife International Partner in Georgia) in 2014, Natia was appointed CEO just three years later. And in 2016-2017, she headed up the Department of Education at the Ministry of Environmental Protection and Nature Resources of Georgia.

Under Natia’s leadership, SABUKO has worked alongside four government departments to become a major player in shaping the nature of conservation policy in Georgia. She is also credited for building the first volunteer network for nature protection in the country.

In the future, Natia hopes to bring greater media attention to conservation in Georgia and neighbouring countries, while working with the national government to develop a species action plan for the imperial eagle and build strong biodiversity laws.

Watch this video to find out more about the SABUKO eastern imperial eagle project: 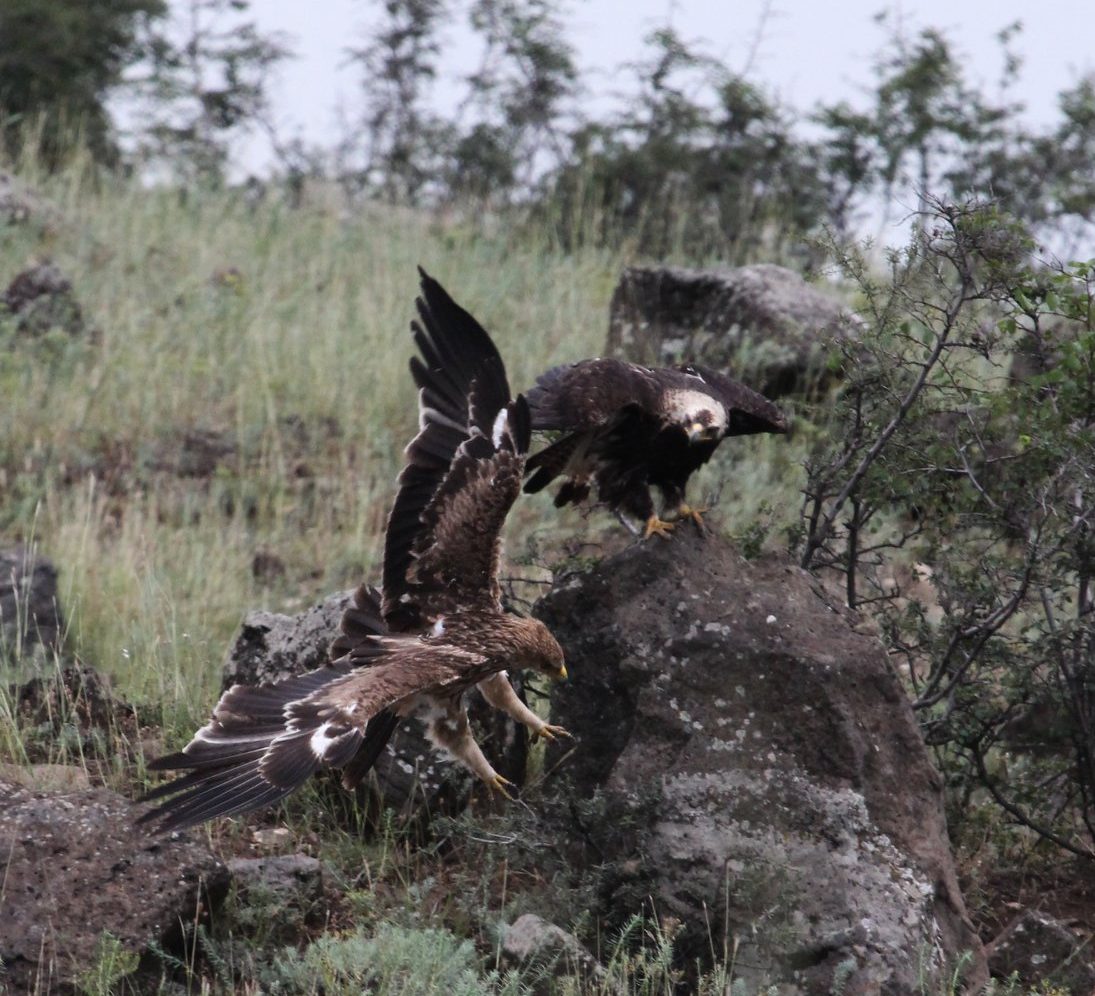