The horseshoe crab is a truly remarkable animal, being one of the so-called ‘living fossils’ that exist on Earth. Having survived here for an astounding 450 million years, the sad reality is that these crabs are now in great danger and are rapidly disappearing. CLP alum Dr Siddhartha Pati and his team are leading efforts to raise awareness about the biomedical and ecological importance of the species—including the recent production of a special clay art film to celebrate the first-ever International Horseshoe Crab Day on June 20 2020. 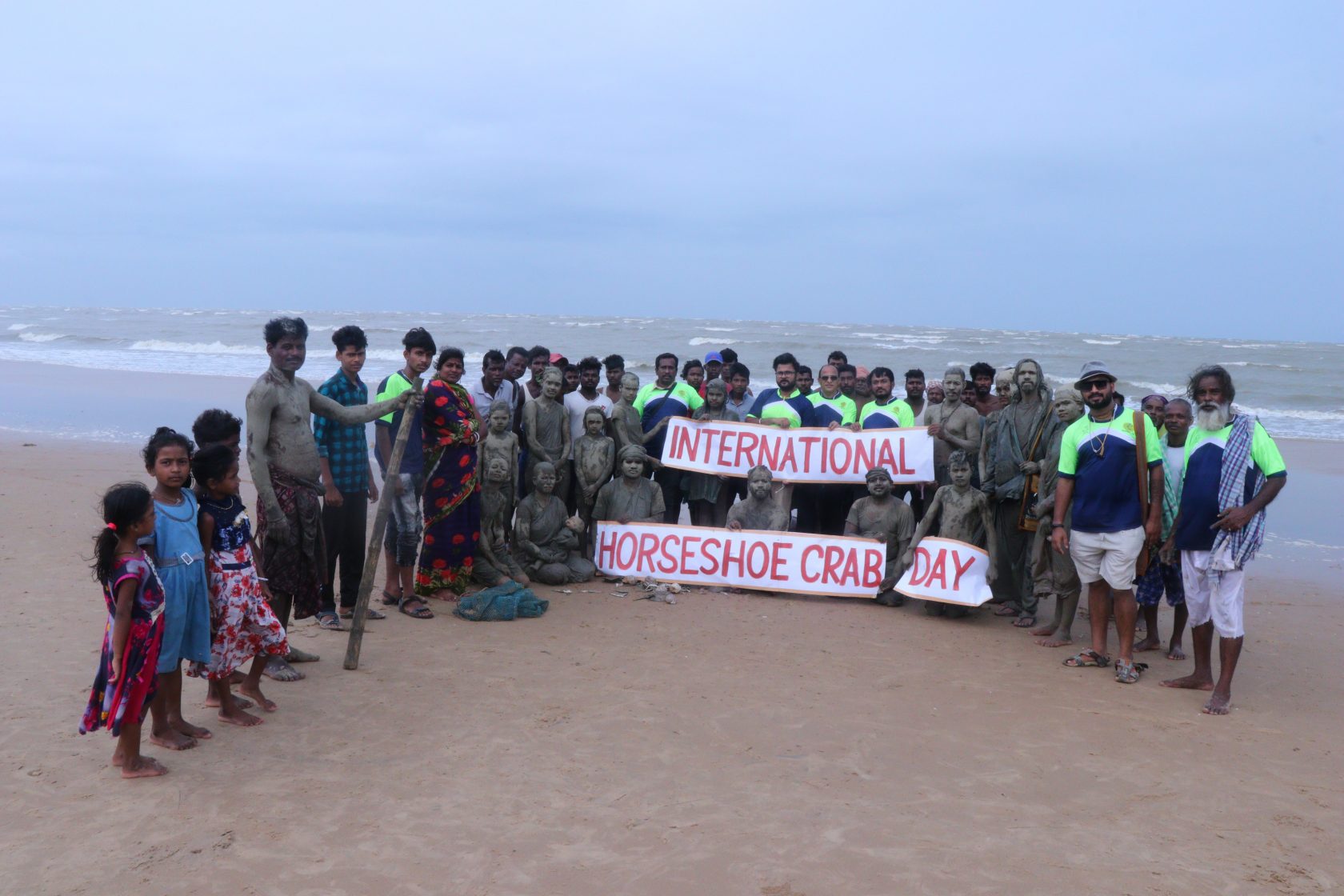 Horseshoe crabs face various threats, which has led International Union for Conservation of Nature (IUCN) to describe all four species as imperilled. One key threat is overharvesting. The crabs are overexploited for use as food and fishing bait as well as for their coveted blue blood, a component of which is used to detect harmful endotoxins in biomedical testing. They are also losing spawning habitats due to coastal reclamation and development, and are susceptible to accidental capture in fishing nets.

Beyond their importance to the biomedical community, saving horseshoe crab populations is also ecologically essential. This is what drives the work of Dr Siddhartha Pati, a past recipient of a CLP Future Conservationist Award and researcher at University Malaysia Terranganu. Dr Pati leads a project to save Tachypleus gigas, one of the two Indian species of horseshoe crabs found along the northeast coast of the Bay of Bengal, India.

Dr Pati and his team at the Association for Biodiversity Conservation and Research (ABC) in Balasore, eastern India, have explored various horseshoe crab conservation strategies, such as assisting IUCN with updating the species’ status and promoting awareness among local communities. During a field survey at the Khandia estuary in Odisha district last year, the team managed to save three hundred crabs that had become accidentally trapped in fishing nets and then left to die on shore—an all-too-common occurrence by fishermen who are generally unaware of the species’ importance.

On the first of these special awareness days, 20 June 2020, Dr Pati led a celebration at a coastal village in Balasore where the local community, researchers, scientists and social activists came together to mark the occasion.

As part of the celebration, Dr Pati and his team scripted, shot and released a short silent awareness clay art film, ‘A Day for Living Fossil’ on the ABC Globe channel. The six-minute film showcases the main threats to the survival of horseshoe crabs and raises awareness about their importance to society.

The film was directed by artist Silpi Kesu Das and was produced by Dr Pati in collaboration with the IUCN SSC Horseshoe Crab Specialist group, Fakir Mohan University and University Malaysia Terrenganu. Two IUCN SSC members, Professor Bisnu Prasad Dash and Dr Gobinda Biswal, kindly lent their time and effort to contribute to the film. They explain the importance of the new International Horseshoe Crab Day and why IUCN is taking the initiative to bring this remarkable animal back from the brink of extinction.

The aim is to screen the film in various settings including educational institutions, universities and community areas in a bid to raise awareness about the importance of horseshoe crabs among the local community, fishermen, and target stakeholders. It has also been made available on social media platforms to reach global public audiences.

As well as being a member of the CLP Alumni Network, Dr Siddhartha Pati is the founder of the Association for Biodiversity Conservation and Research (ABC) and an IUCN horseshoe crab expert and researcher in India. He is currently a postdoctoral researcher at the Institute of Tropical Biodiversity and Sustainable Development (BioD-Tropika), University Malaysia Terrenganu. He has led various activities to promote awareness about horseshoe crabs among local communities and has executed programmes to rescue thousands of crabs entangled in discarded fishing nets. 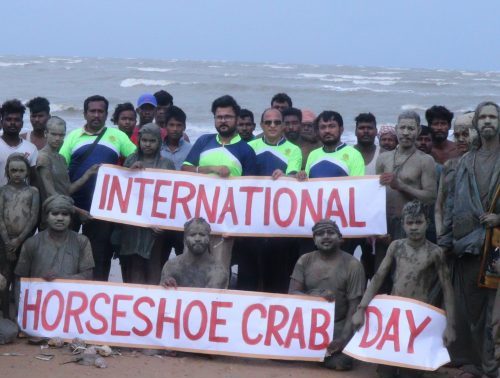