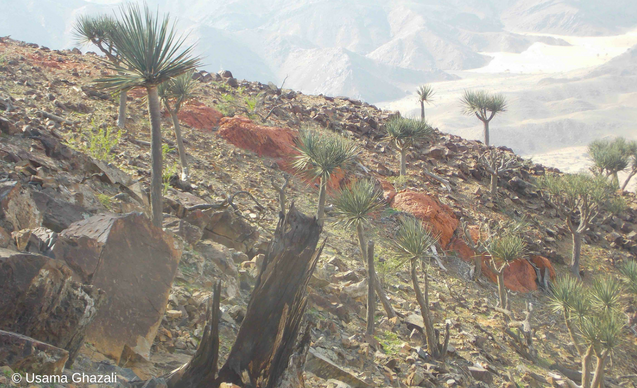 A decade of dedication has uncovered North Africa’s largest known Dracaena forest and helped to unlock the secrets of these endangered denizens of the desert.

It is ten years since Usama Ghazali and his team won the first of two Conservation Leadership Programme (CLP) awards in support of their work to conserve the Nubian dragon tree, Dracaena ombet.

This once widespread and abundant desert mountain species has been in steep decline throughout its range, primarily as a result of climate change and habitat degradation, and is now globally endangered. The sub-populations in northern Sudan and Egypt’s Gebel Elba (Mount Elba) National Park, at the tree’s northerly limit, are particularly threatened.

In 2007, when Usama’s award-winning team embarked on their research in Gebel Elba, there was a recognition that the species was in urgent need of conservation attention, but progress had been held back by a serious lack of data on its status and distribution.

Previous surveys had, however, indicated that mature plants were displaying the ill effects of prolonged drought and disease, while young plants were conspicuous by their absence. 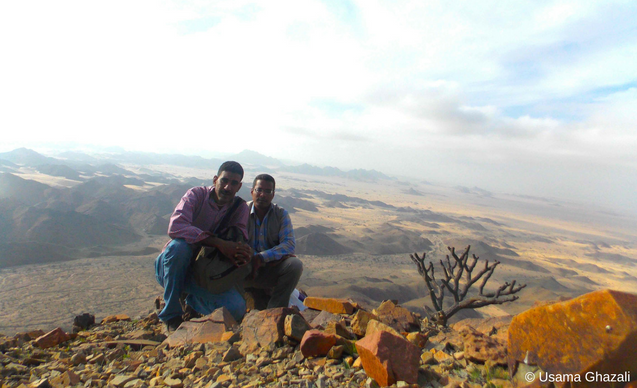 The team’s findings during its original Future Conservationist project confirmed the importance of this protected area as the most accessible global refuge for the species. The biggest revelation, however, which came to light during their subsequent re-assessment of 11 sites on Mount Elba with the help of park rangers, was the discovery of a previously unknown dragon tree forest, which has since been confirmed as the largest in the whole of North Africa.

Usama and his team counted 959 dragon trees in what they now refer to as the Camerba Mountain forest. This population alone is two-and-a-half times greater than the 383 trees recorded across the entire protected area during the original survey, and dwarfs the 65 trees that the team counted in east Sudan in 2012 with the cooperation of Sudanese researchers. Equally encouraging, the discovery included many juvenile trees, a strong indication that this particular population is thriving. 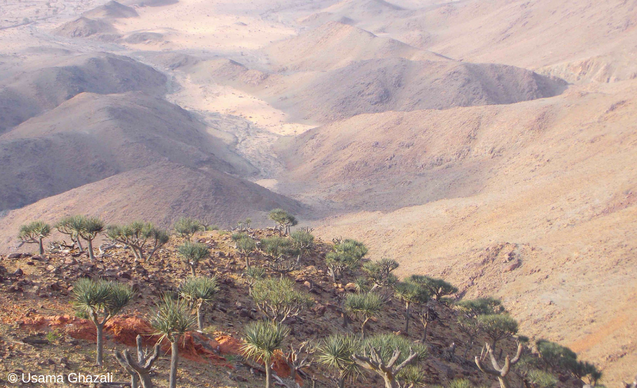 Usama feels a special bond with the species that his team has devoted so many years to studying. ‘The dragon trees grow on top of Mount Elba, enveloped in mist. When you walk towards them on the summit, you really feel as though these trees are like ghosts, waiting for you to work hard to reveal their secrets. And every year we discover more about them.

No doubt his investigations will reveal more about ‘The Ghost of Camerba Mountains’ in the near future. With additional support from a Ford Motor Company environmental grant, Usama and his team hope to complete the survey by May 2017 and produce their 10-year assessment and review of the dragon tree’s status in Egypt. They are now planning to extend their survey work into Djibouti, Sudan and Somaliland. ‘We are really happy with our commitment to lead a regional programme for the assessment and conservation of this important flagship species in North Africa and the Horn of Africa.’ 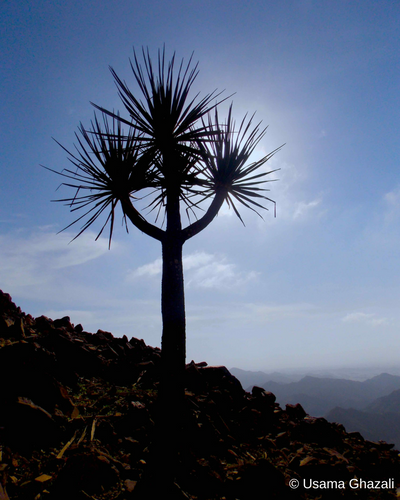