The Langkawi Dolphin Research Project: A decade of discoveries, tribulations and triumphs

MareCet’s Langkawi Dolphin Research Project (LDR) turned ten recently. In honour of this exciting milestone, CLP alumna and LDR Project Leader, Sandra Teoh, helps us reminisce about the project’s successes and contemplate what else it could achieve over the next decade.

Langkawi, or “the Jewel of Kedah” as it’s known, is an archipelago of about 99 islands dotted off the coast of north-western Peninsular Malaysia. A popular tourist area, it’s a picturesque paradise of powder-white beaches, lush mountains, and emerald seas.

A treasure trove of marine mammals can be found beneath these tropical waters, including Vulnerable Indo-Pacific humpback dolphins and Indo-Pacific finless porpoises, as well as Endangered Irrawaddy dolphins in the adjacent coastal waters of the mainland.

Over the last decade, the Langkawi Dolphin Research Project (LDR) has uncovered a wealth of new information about the cetaceans that visit this area.

Started in 2010 by Dr Louisa Ponnampalam and Fairul Izmal Jamal Hisne, LDR was the catalyst that led the duo to establish the NGO, MareCet, two years later. MareCet is the only NGO dedicated to marine mammal research and conservation in Malaysia. LDR is its flagship project.

Sandra Teoh, MareCet Council Member and LDR Project Leader, started out as a volunteer for MareCet in 2015 and joined the LDR team in 2016. Not long after, she recalls helping with a necropsy of a stranded adult female humpback dolphin and discovering a fully developed foetus inside the dolphin’s abdomen.

“It was then I decided to get more involved in MareCet’s conservation activities,” said Sandra. “CLP has given me the opportunity to build that dream… winning a CLP Future Conservationist Award was a life-changing moment for me that set off my conservation career.”

Funding from CLP in 2016 allowed Sandra and the LDR team to extend the scope of their research to include social ecology and the influence of human activities on humpback dolphins’ social structure. Through this and other research, the MareCet team has come to better understand the many threats faced by cetaceans in Langkawi and the adjacent coastal waters.

Sandra explains that it’s quite common to see devastating effects of human activities on cetaceans in Langkawi – with ‘Fanbelt’ the dolphin being one infamous example. The team frequently observes scars, cuts and wounds on many dolphins in the area as a result of collisions with boats and entanglement in nets.

Along with the growing amounts of harmful plastic waste and pollution in the water, with the latter known to cause skin diseases and deformities in dolphins, there’s no doubt that the marine mammals here are highly vulnerable to the negative impacts of human activities.

There are glimmers of hope, however. As the MareCet team learns more about these magnificent creatures, the more they are able to help them and encourage others to support their efforts.

Since 2010, LDR has contributed to various marine- and coastal-related local and national policies. One key moment happened in 2019 when the team successfully contributed to the designation of the project area as an IUCN Important Marine Mammal Area.

The team’s most recent lobbying efforts have involved writing letters on social media and local news outlets in opposition of a planned mega development project in Langkawi. If it goes ahead, the development will involve the reclamation of 800-1000 ha of coastal sea area and the potential destruction of crucial marine mammal habitats in the region.

However, when LDR first started, a small budget, a lack of manpower, and difficulties engaging with different stakeholders limited what could be achieved early on. But as time went on, public donations, corporate sponsors, research grants, and collaboration with the local authority has helped the team regularly engage with local communities to raise awareness about conservation, including conducting educational outreach programmes.

Building a passionate and committed team has been one of MareCet’s major successes and has played a key role in keeping LDR going all these years. The steady recruitment of volunteers has been critical for growing the project team, since most of the current team members started out as volunteers themselves.

The MareCet team has also found ways to adapt to the COVID-19 crisis. MareCet has launched a series of virtual talks, webinars and infographics on its Facebook page and presented at virtual conferences, including the 7th Annual Meeting of the Society of Bioacoustics in December 2020 and the Virtual Conference of the American Cetacean Society in January 2021. These activities have enabled the team to continue to promote awareness, share knowledge, and engage with the wider community.

And, although MareCet has had to stop most of its usual fundraising activities, the team is continuing to fundraise through its online platforms by selling various merchandise inspired by local species and created by local people. Some of the funds raised go directly to the people who make the merchandise, helping to support the local cottage industry as an alternative livelihood and preserving the culture and heritage of the local communities.

Asked about LDR’s plans for the next decade, Sandra says they hope to expand the project’s research scope even further to include marine mammal genetics and in-depth passive acoustic monitoring (PAM) of cetaceans in the area.

Genetics will help the team identify genetic diversity and population structure of the species, while PAM will enable round-the-clock monitoring of cetacean presence and habitat use even when the team are not in the field.

But in the near future, MareCet first hopes to study and learn more about the baleen whales that are found just offshore from Langkawi, and to identify their conservation needs.

“We also want to encourage youths to train to become marine wildlife vets as there are very few in Malaysia,” Sandra adds. “We hope to provide them with learning platforms for this purpose.”

MareCet is also planning to work with local stakeholders and authorities to promote (and hopefully implement) various conservation initiatives in Langkawi. These include a boat speed limit zone in the dolphins’ core areas, a code of conduct for tour boats, and the formation of other protected areas for marine mammals.

At a more national level, MareCet aims to conduct more of its “Whales On-The-Wheels” mobile educational outreach programmes around the country each year, especially in rural areas. The team also hopes to assist authorities in reactivating the operation of the Marine Mammal Stranding Response Network in Malaysia. This group, created years ago by the Department of Fisheries Malaysia, comprises government personnel, scientists and conservationists that help report and coordinate emergency responses to sick, injured, distressed or dead marine mammals in Malaysia, and to understand the causes of death.

Ultimately, MareCet strives to have a louder voice in conservation and work more effectively alongside local communities, authorities and other stakeholders. Watch this video to find out more about LDR’s last ten years: 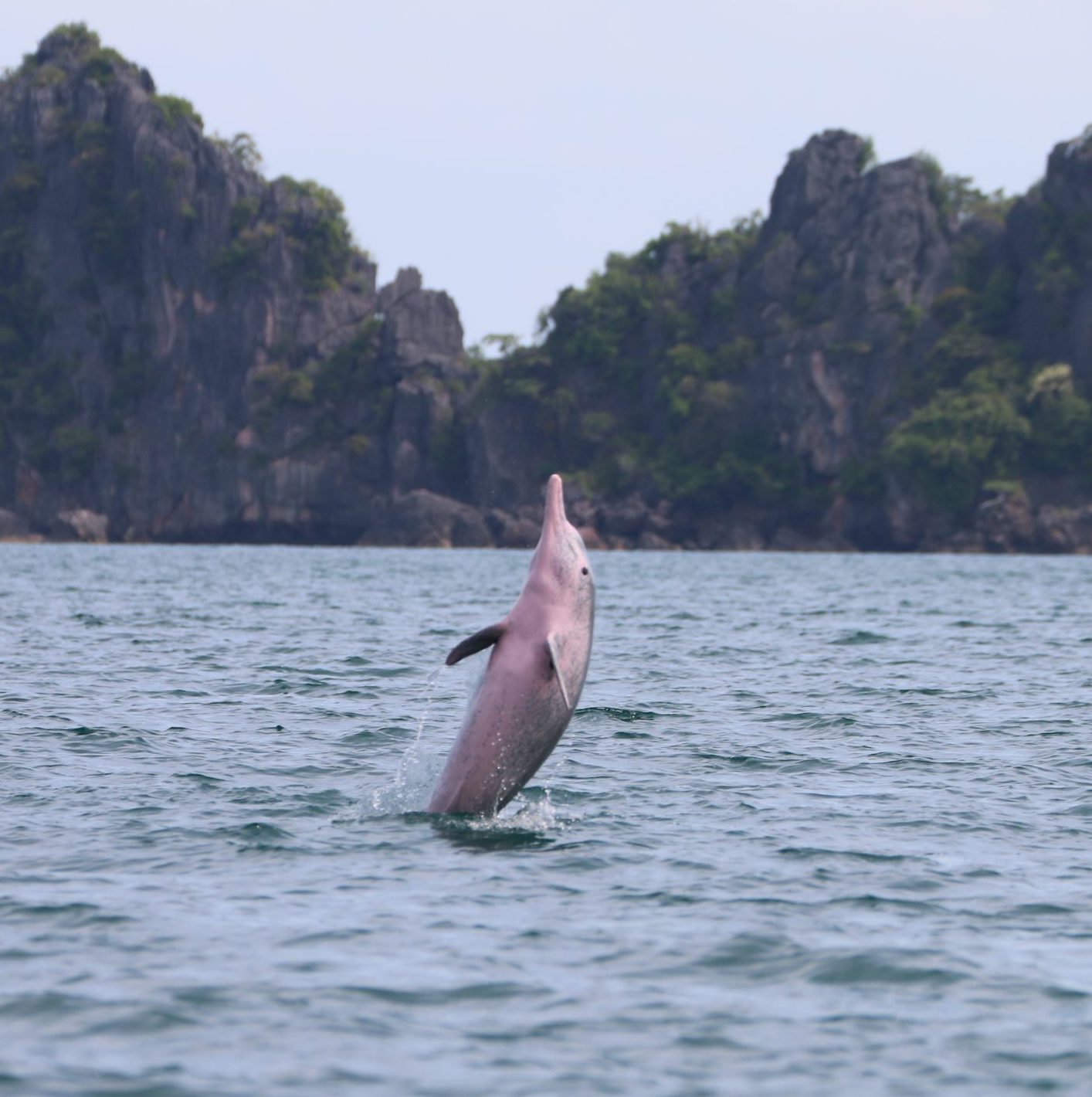