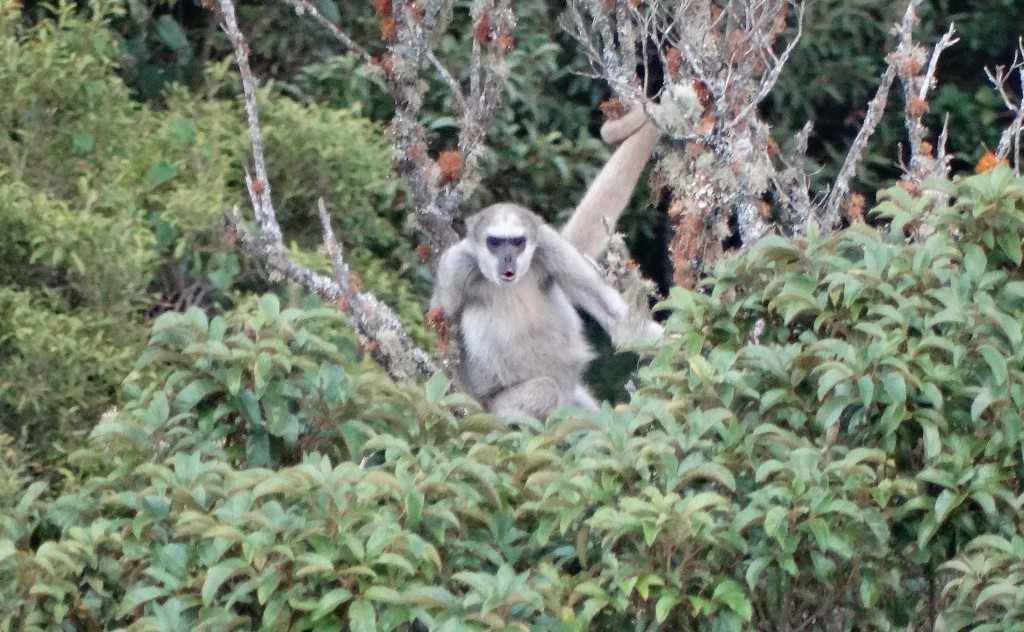 One particular team of Conservation Leadership Programme (CLP) award winners is already aware that 2016 will have to be a pretty spectacular year if it is to live up to the standard set by 2015. The undoubted highlight was the discovery of a new group of the northern muriqui, one of the world’s most threatened primates.

Also known as the woolly spider monkey, the muriqui is the largest New World primate. In the late 1980s it was recognised as two distinct species: the northern muriqui (Brachyteles hypoxanthus) and its southern counterpart (B. arachnoides).

Endemic to eastern Brazil’s Atlantic Forest, the northern muriqui was once widely distributed throughout this region, but hunting and wholesale habitat destruction has taken a heavy toll. The species is now confined to a dozen isolated forest fragments, each containing small sub-populations with diminishing genetic diversity. The entire wild population is believed to number fewer than 1,000 individuals.

Caparaó National Park is recognised as a potential hotspot for northern muriqui conservation, but until recently little was known about the population and the threats to its survival. With CLP backing, the award-winning team has begun gathering vital data on the distribution, density and status of this Critically Endangered species.

The discovery of an entirely new group on the west side of the park was an unexpected bonus, according to team leader Mariane Kaizer: “It was a great surprise, because the group was found in an area of the park where the species had never been recorded before”. The discovery of this previously unknown sub-population is even more significant because of its size: “The group is big and healthy! We had the opportunity to count at least 50 individuals including seven juveniles and five infants. It is really fantastic news for northern muriqui conservation.”

The project has also provided the catalyst for additional primate research in Caparaó National Park. The team has benefited from the assistance of university students who are not only collaborating on fieldwork for the northern muriqui project, but also developing studies of their own that will help to increase knowledge of the park’s wider primate community. 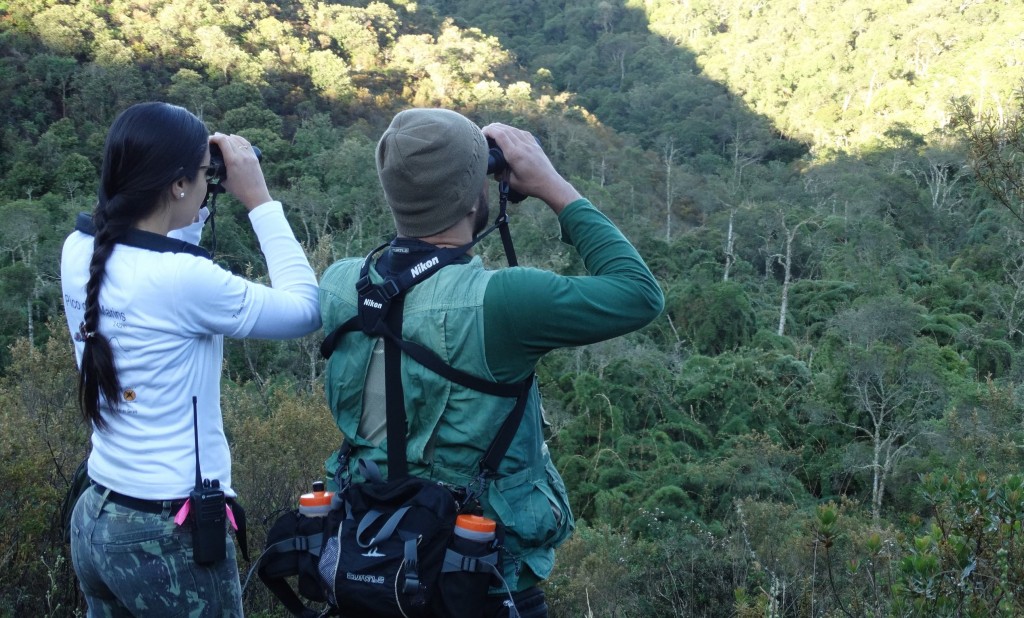 The northern muriqui is just one of many threatened primates encountered in the park during the CLP-backed survey work conducted to date. Other species recorded include the Endangered buffy-headed marmoset (Callithrix flaviceps), a tiny, squirrel-like monkey, and the Near Threatened black-fronted titi (Callicebus nigrifrons) and black-horned capuchin (Sapajus nigritus).

In 2016 the team plans to continue its field research in different areas of the park, and to develop education and outreach activities that help engage local communities, tourists and policy makers in muriqui conservation. Harnessing the potential of this charismatic monkey as a flagship species will, it is hoped, encourage the local community to take pride in the unique biodiversity of the park and participate actively in its protection. 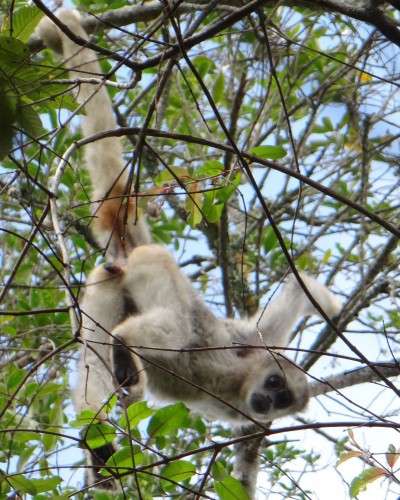