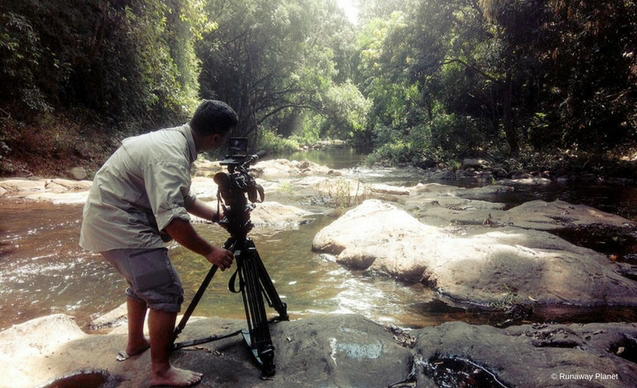 As the millionth leech slowly and determinedly climbed up my leg looking for a succulent spot to sink its teeth, I wondered – not for the first time – whether it would have been better to sit in an air-conditioned office making PowerPoint presentations. No sooner had the thought wandered into my mind than it was shot down. Being a film-maker may have its challenges, but I wouldn’t trade it for anything.

On this particular shoot I was lying flat on my stomach on the side of the Anaimalai Hills in Western Ghats, India, waiting with bated breath to spot one of the rarest frogs in the world. The rain pattered down with ominous determination, the leeches had settled into their favourite spots, the cicadas raised their screeches in a crescendo and the mist wafted up the hill slope covering everything in a blanket of white. My partner in crime Priyanka Kuriakose valiantly tried to keep the camera dry while hopping from leg to leg, a vain attempt to confuse the leeches. 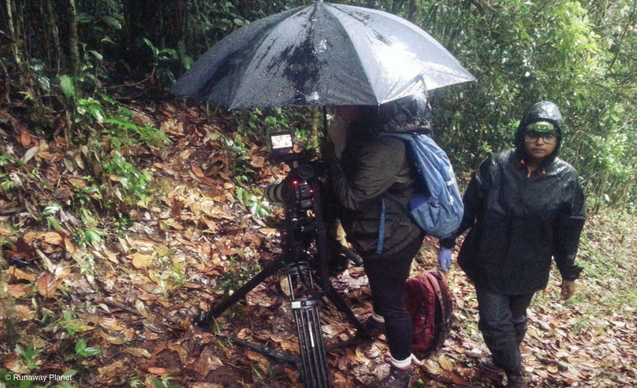 Filming wildlife is never easy and this shoot was no different. But how did we find ourselves here?

Like most beginnings in Mumbai, our journey started on a local suburban train that India’s entire population seemed to be trying to board. Amidst this sea of humanity, we hit on the idea of making series of short films on some very special people who have been working for months – and sometimes years – to help protect unique flora and fauna on the cusp of extinction. At the forefront of this effort has been the Conservation Leadership Programme (CLP), supporting these conservationists with funds and training.

As a CLP alumnus myself, I am familiar with the challenges of fieldwork and achieving change for biodiversity. During our 2008 CLP project to protect the lesser florican through community participation, we experienced the power of film. Combined with other audio-visual formats, film works impressively well in imparting complex and often intangible conservation messages in India, a country with high illiteracy rates and a culture engrained in moving media.

Priyanka and I had a vision to film CLP projects to record for posterity the great work done by dedicated individuals and to use these films for environmental education, fundraising and awareness raising. With CLP networking grant support, we had our chance to do just this. We had enough funds to feature two of the 50 Indian projects that have been supported by CLP since 1985. Like a kid in a candy shop, we wanted to film them all! We eventually made a shortlist and contacted the project teams to check on the feasibility of filming with regard to location, season, scope of the project and permissions.

The two projects finally selected were ‘Conservation of otters through community participation in River Moyar, Tamil Nadu’ led by Kannadasan Narsimmarajan, and ‘Conservation of the Critically Endangered toad-skinned frog in India’ led by Arun Kanagavel. 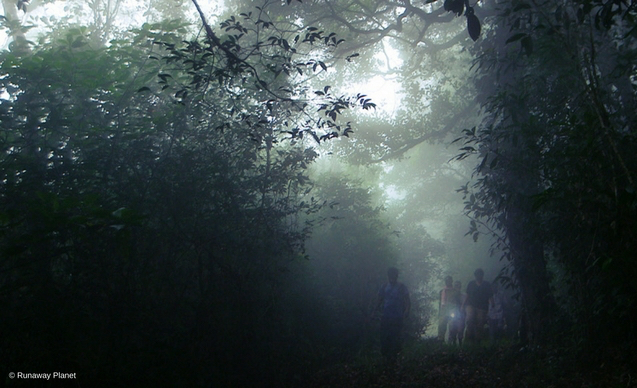 Both Kannadasan and Arun were extremely excited about the film shoots and didn’t hesitate to offer their help. At the time they did not realise that this would entail waking up every day at the crack of dawn, climbing trees and sliding down rocks and being damp and hungry for extended periods of time. We kept quiet about the hardship bits, naturally.

The subjects and their terrain were different, and so were the challenges. The otters are dynamic subjects, full of life and energy but extremely challenging to shoot as they are fast moving and sensitive to human presence. While not as nimble as otters, toad-skinned frogs are very difficult to spot and occur only in a few places.

However, the biggest challenge was the weather. Arun informed us that we needed a few good monsoon showers to see the frogs. Kannadasan worried that too much rain would flood the Moyar River, making it difficult to shoot the otters. A bit of meteorological brainstorming fortified with cups of strong coffee gave us a few best-guess dates for filming. Alongside this, the final script was developed with essential inputs from Arun, Kannadasan and CLP.

Our first stop was Masengudi near Mudumalai Tiger Reserve, through which the serene Moyar River flows. Kannadasan and his team are plotting the occupancy of otters along this river to better understand and plan the conservation policy. And so we waited for the otters to show up. By the dam, by the river, between the boulders, behind the bush, between leeches and amongst flies…. We waited. 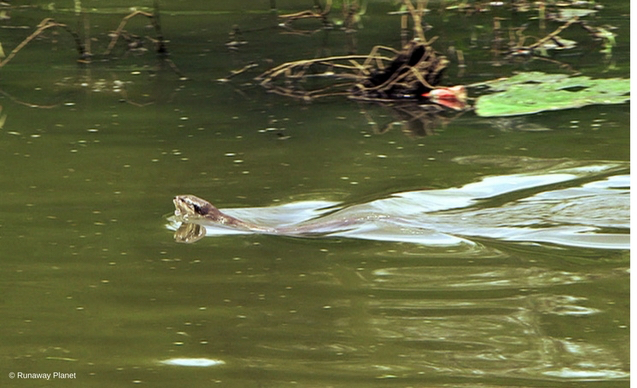 In between the vigils we covered our other shoots – the outreach programme, the interviews, the landscape. But there were no otters in sight and time was running out. As a last hope, we set up by the old watchtower and as the late afternoon heat was having its soporific effect, an excited yell from Kannadasan woke us up. The otters had been sighted! A large group swam into view, dipping in and out of the water for a magical show that lasted the whole afternoon. The hours of frustrated waiting had been worthwhile.

With this experience still in our mind we reluctantly packed up and headed off to film the second project in the mist-covered Anaimalai hills, amidst the tea estates and the ‘shola’ forests. Our rendezvous was with Arun Kanagavel, the young researcher leading the effort to study the myriad amphibians of the Western Ghats and in particular the toad-skinned frog, found only in this part of the hills.

Small and toad-like, the frogs were extremely difficult to find and, once spotted, their small size made them a technically challenging subject to shoot. Reaching the location was another task in itself – Arun and Sethu Parvathy made the steep climb look maddeningly easy while we huffed and puffed one step at a time. Every rest was an invitation for a leech invasion. 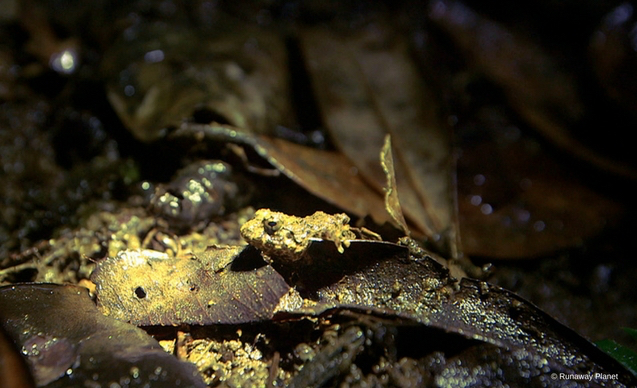 As with the otters, it was only on the last day that we managed to find the toad-skinned frog. With the footage wrapped up we headed back to Mumbai to edit and create short films. Once completed, the final versions were shared online and on social media. Soon after we finished the otter film it was shown by Kannadasan and his team at the 13th International Otter Congress in Singapore.

For us, these films were an opportunity to put our theories into action – create structured and designed communication about conservation projects for impactful dissemination. We made wonderful friends, experienced incredible landscapes and came face to face with some of the most enigmatic species on the planet.

We hope you enjoy our films: Waterdogs of Moyar and The Frog Chronicles.

We cannot wait to pack for the next trip and another set of films – leeches and all!

Make sure you don't miss out on a CLP Team Award this year! There's less than one month to go until the deadline on 23rd October 2020, so don't forget to submit your applications here: www.conservationleadershipprogramme.org/grants/grant-overview/ ... See MoreSee Less

Here's your chance to join the "Sherlock Holmes" of sawfish, Matthew McDavitt, for what's set to be a fascinating introduction to these threatened toothy fish. Don't miss it tomorrow, 9-10.30 (GMT+7)!

The Cambridge Conservation Initiative is inviting applications for Tony Whitten Conservation Awards (each worth GBP £2,000) up until 1 November 2020.

In tribute to the inspirational conservationist, Tony Whitten (1953–2017), the Award is open to early-career conservationists and biodiversity researchers under the age of 35, working in east and south-east Asia.
www.cambridgeconservation.org/about/tony-whitten-conservation-award/ ... See MoreSee Less

Tony Whitten (1953–2017) was an inspirational conservationist who championed biodiversity across Asia and beyond, working as Senior Biodiversity Specialist at the World Bank and more recently as Dir...
View on Facebook
·Share

Make sure you register to secure your place! ... See MoreSee Less

How can I join?

We couldn't be more proud of our alum, Mridul Bora, for winning a prestigious 30Under30 Award from the North American Association for Environmental Education - NAAEE.

Mridul works to reduce human-leopard conflict in India by educating local people about the issue. This year, Mridul is one of 150 individuals around the world who have been recognised by the NAAEE for making a difference through environmental education.

Please join us in congratulating Mridul on this brilliant achievement! #WeAreCLP