This article is adapted from a version originally published on The Revelator website, which can be found here. 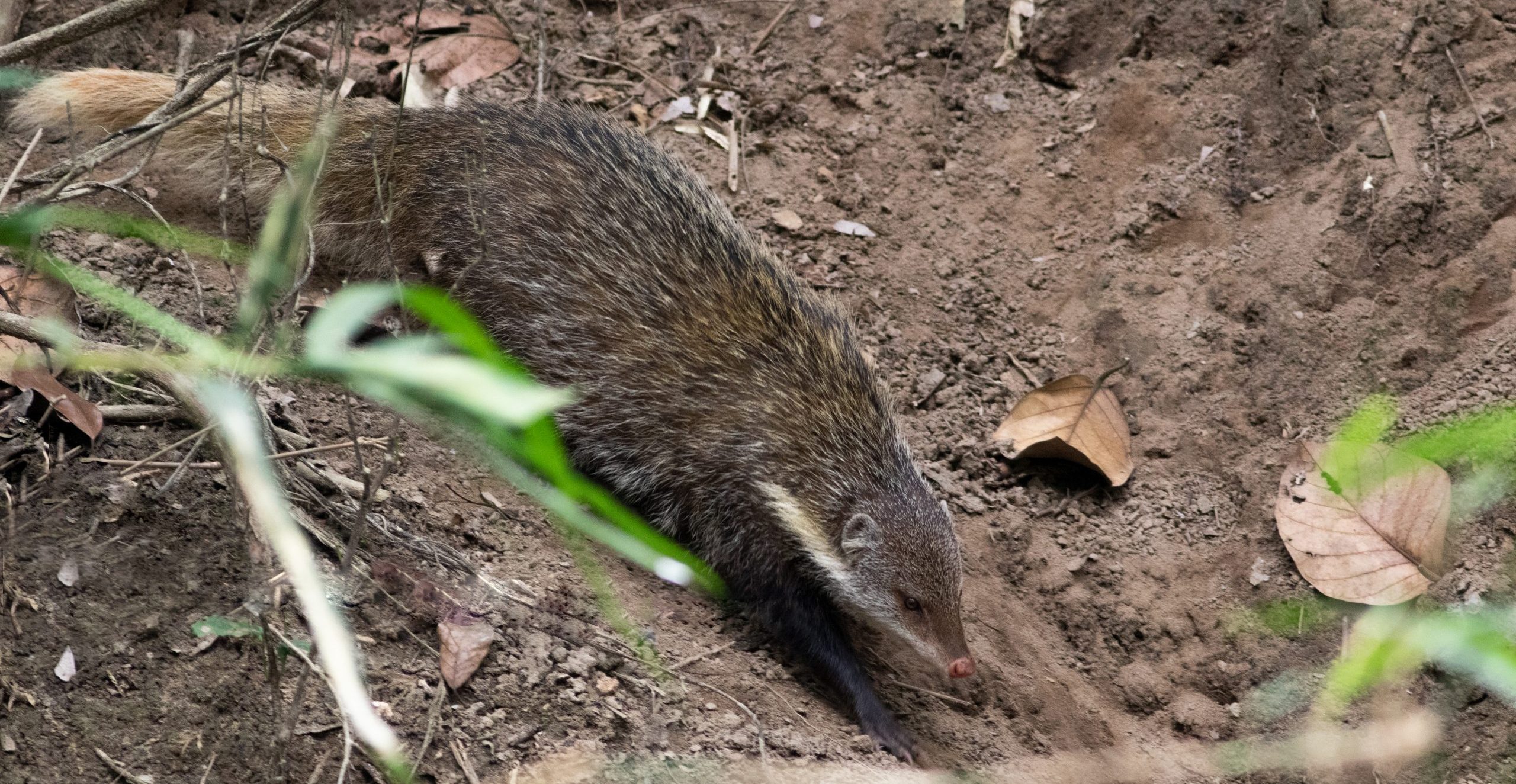 Years ago I decided to focus my research and conservation efforts on the smaller carnivores of Bangladesh. It was not an easy decision, as there appears to be a bias against studying these smaller species. Researchers in my country seem to be focused on saving larger, iconic species like tigers, leopards, bears and striped hyenas.

Although the smaller carnivores that roam the forests of Bangladesh do seem to appear frequently in stories told among my colleagues, they remain more elusive in the wild and are seldom the subject of published research — difficult to understand and rarely surveyed.

But there’s a lot to study. One of the smallest countries in Asia, Bangladesh provides habitat to 127 different existing mammal species. Of these, 21 were newly recognized during the latest Red List assessment by the International Union for Conservation of Nature (IUCN).

How the smaller carnivores are faring in a land so challenging and crammed has been an enigma. Like a moth to a flame, I was drawn to find more answers.

In 2018 I led a small camera-trap survey in a 2.5 square-kilometer national park in north-east Bangladesh. What we found amazed me. Nearly 600 days of camera trapping yielded 17 different mammals, including ten carnivores. The study showed that the Asiatic wild dog — a globally Endangered apex predator with a wild population of only 2,215 known mature individuals — visits the park frequently, making it an important habitat for this rarely studied and little-understood carnivore.

In 2018, Muntasir Akash’s camera-trapping survey in a national park in north-eastern Bangladesh provided the first evidence that the Asiatic wild dog, or dhole, is a frequent visitor © Muntasir Akash

Not long afterward, in 2019, my team and I rediscovered the Indian gray wolf in Bangladesh after it had been considered extinct in the country for 70 years.

I was thrilled that these often-overlooked carnivores seemed to be clinging to life in their ecologically uncharted habitats — and eager to find out more.

After gaining my first international grant from the Conservation Leadership Programme (CLP) last year, I’ve been able to continue my research on small carnivores in three of the six north-eastern forest reserves. These semi-evergreen, undulating hilly swaths comprise 191 square kilometers of natural forests at the border between India and Bangladesh.

The wildlife here faces numerous threats, including conflict with people and loss of suitable habitat. Uncovering the secret lives of our country’s lesser-known and less-valued carnivores can therefore help protect them from these threats and engage others in vital conservation efforts.

However, pursuing unorthodox queries often comes with difficult hurdles. In addition to my ongoing studies in the parks, I recently co-wrote a manuscript reviewing the previous research on the mammalian carnivores of Bangladesh. This past August I received feedback from one peer reviewer who landed an unexpected blow, observing, “Small carnivores are rarely a subject of research, usually studied within the large-scale landscape-level projects.”

The idea that my research seemed to this reviewer as of little consequence hit me hard, and I sensed impostor syndrome creeping in.

I finally summoned enough confidence to defend the manuscript, mainly through support from peers I met while participating in CLP’s Conservation Management & Leadership workshop— many of whom are also working on species poorly known to the outside world that are rare and often very secretive. The manuscript is now published, and I’m continuing to try to shine a spotlight on the lesser-known carnivores in Bangladesh. I hope to push back against the apparent bias against them and encourage others to care about them through unique approaches. These include ongoing, systematic camera-trap surveys in my northeastern study areas, using scientific illustrations as a conservation tool, and sharing knowledge about camera-trapping with other aspiring researchers.

I feel even more compelled to act given the seemingly widespread belief that conservation of the smaller carnivores is somehow not viable or worthwhile. 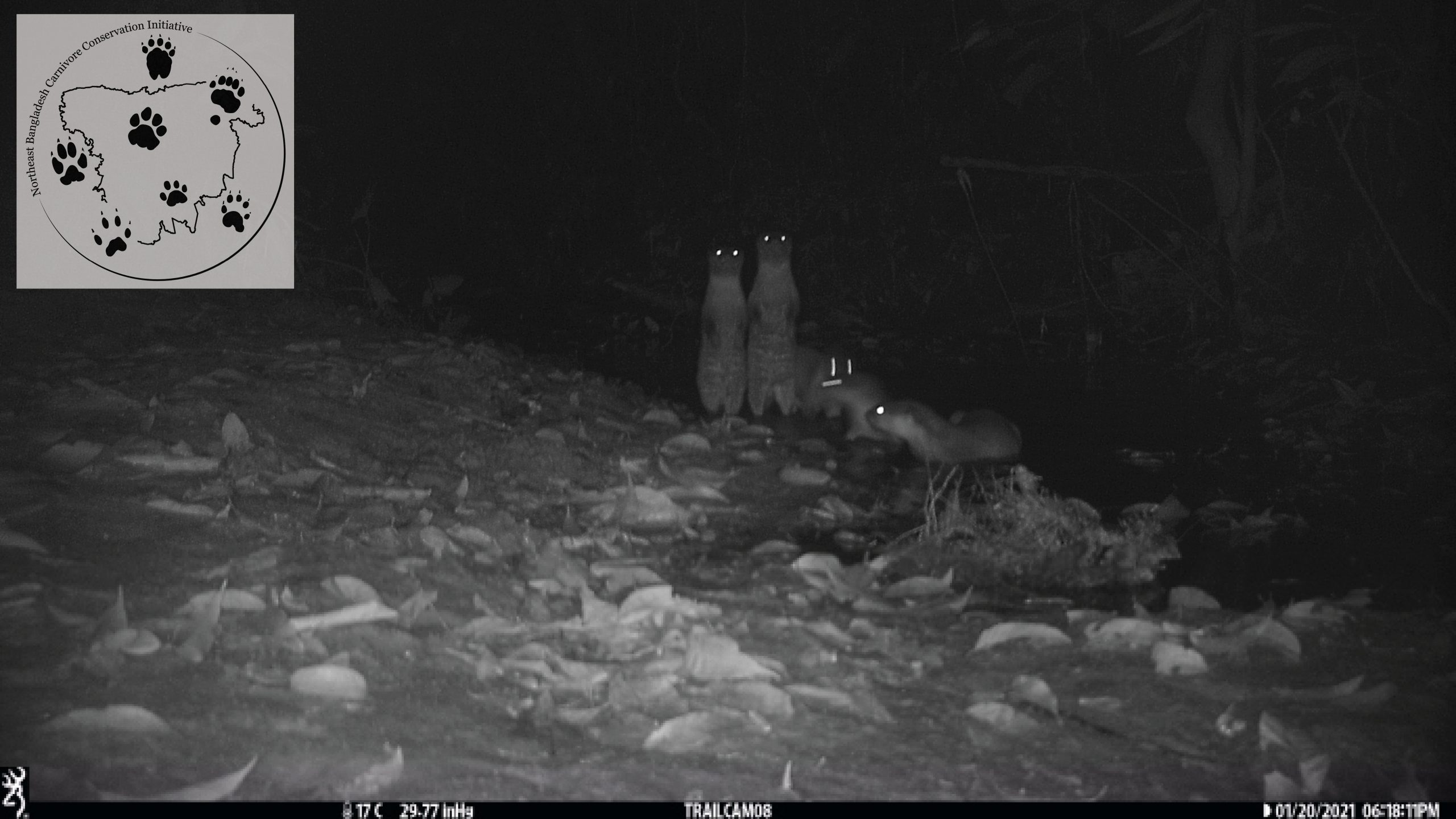 The small-clawed otter, a globally vulnerable small carnivore, can still be found in certain protected areas of north-eastern Bangladesh. This is the first camera-trap image of the species from the region © Muntasir Akash/Northeast Bangladesh Carnivore Conservation Initiative

In fact I’ve realized that working to save less-understood species has a nobility of its own and has helped me to become a better scientist. In the coming years I dream of a generation of nature enthusiasts emerging from Bangladesh, represented by ecologists and citizen scientists acting as advocates for our lesser-known and less-valued species.

If those species are not “charismatic” according to the standards of conservation, they are nonetheless extraordinary to those of us who study them and critical to healthy ecosystem function. Every form of wildlife has its place in nature and must be appreciated without fear and treated with equal importance. There may be no group better poised to start that process than the lesser-known smaller carnivores.

Muntasir Akash is a lecturer at the Department of Zoology, University of Dhaka, Bangladesh. He is focusing his career on the conservation of lesser-known carnivorous mammals. He was awarded a 2020 CLP Future Conservationist Award to support his camera-trapping work in north-eastern Bangladesh. He was one of the participants in CLP’s first-ever online Conservation Management & Leadership course in 2020.