We are delighted to announce the winners of the 2020 Conservation Leadership Programme Team Awards! Thanks to Arcadia – a charitable fund of Lisbet Rausing and Peter Baldwin – this year’s award-winning projects (worth a total of just under $350,000) will help exceptional conservationists make great strides towards saving a wide diversity of threatened species across the world.

The 19 award-winning projects, which include 15 Future Conservationist Awards, three Conservation Follow-Up Awards and one Conservation Leadership Award, are this year spread across four regions: six in Africa, five in Eurasia, four in Asia & the Pacific, and four in Latin America & the Caribbean.

We are also thrilled to announce the first ever CLP Team Awards granted to projects based in Costa Rica, Botswana, and Tajikistan! What’s more, two projects will focus on saving threatened but little-studied flora: the vital seagrass ecosystems in Costa Rica and the species-rich mecrusse forest in Mozambique. Another project will work towards conserving endemic invertebrate species living in the mysterious karst caves of western Georgia.

Below we showcase more of this year’s winning projects and hear how the teams reacted to the news of their award.

A foundation for the future of India’s snow leopard

This year’s Leadership Award goes to a team of conservationists seeking to save the snow leopard (Panthera uncia) in the trans-Himalayas, India. One of the biggest threats to these magnificent big cats in this region is conflict with local pastoralists who graze livestock within the snow leopards’ habitat. 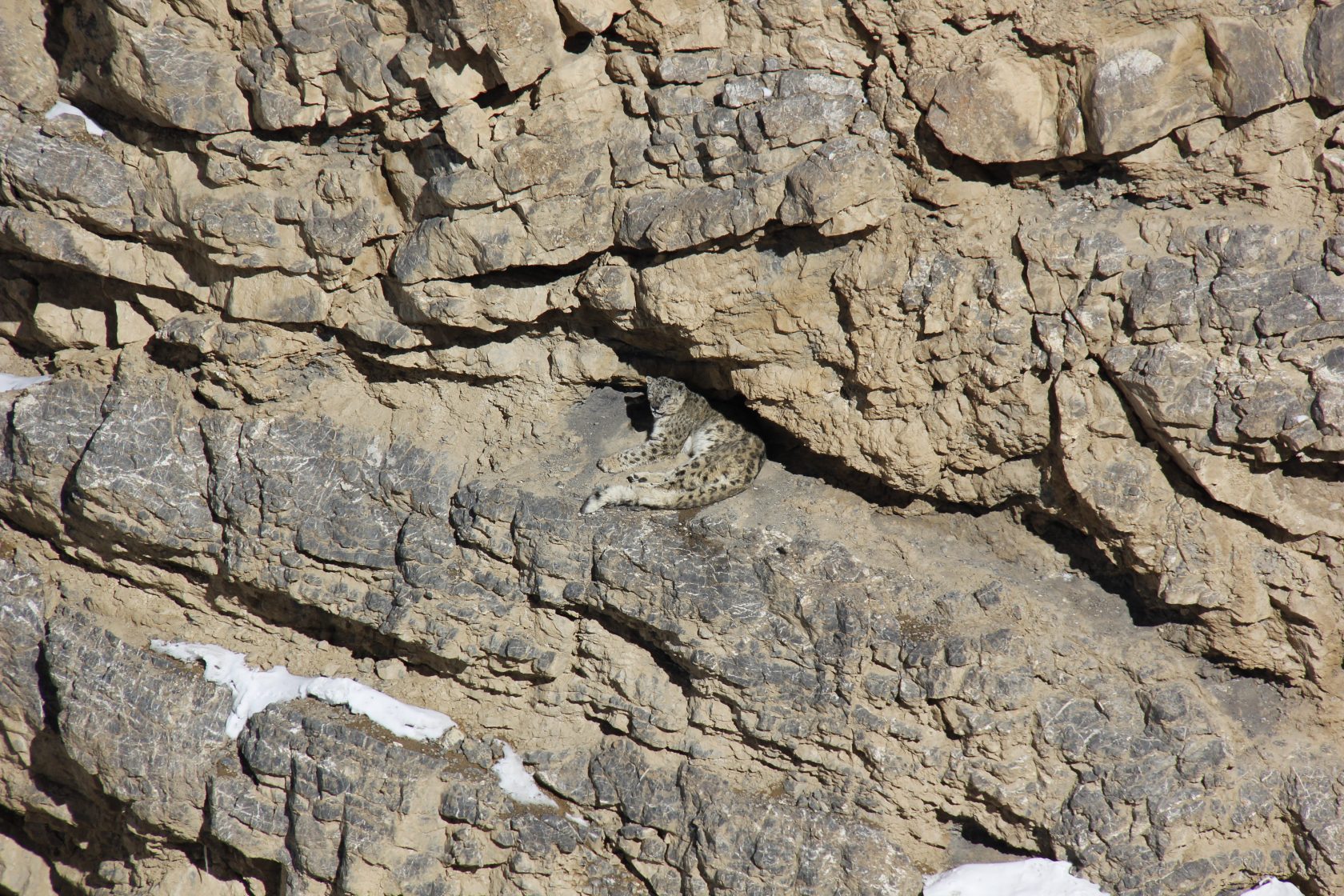 The 2020 Conservation Leadership Award goes to a team of conservationists seeking to save the snow leopard (Panthera uncia) in the trans-Himalayas, India. Photo credit: Prasen Yadav.

The team, led by Kulbhushansingh “Kullu” Suryawanshi, will build on their previous CLP-funded projects and expand their work to change local peoples’ attitudes towards the leopards. They will recruit and train 30 local ‘conservation champions’ and work with 50 schools to raise awareness about the leopards’ plight. Ultimately, they hope to form a conservation plan that will be integrated into national- and international-level policy documents.

Kullu first found out about the news of the award in an email late at night. He immediately telephoned his colleague, who said, “I was scared when I saw [Kullu’s] call in the middle of the night. My thoughts went to the safety of my colleagues, some of whom are still out in the field. But it was such a refreshing update!”

Recovery, restoration and refuges for the El Rincon stream frog

One of this year’s three Follow-Up Awards goes to Federico Pablo Kacoliris and his team, who will continue their venture to save the Critically Endangered El Rincon stream frog (Pleurodema somuncurense), which they first started with a Future Conservationist Award in 2013. 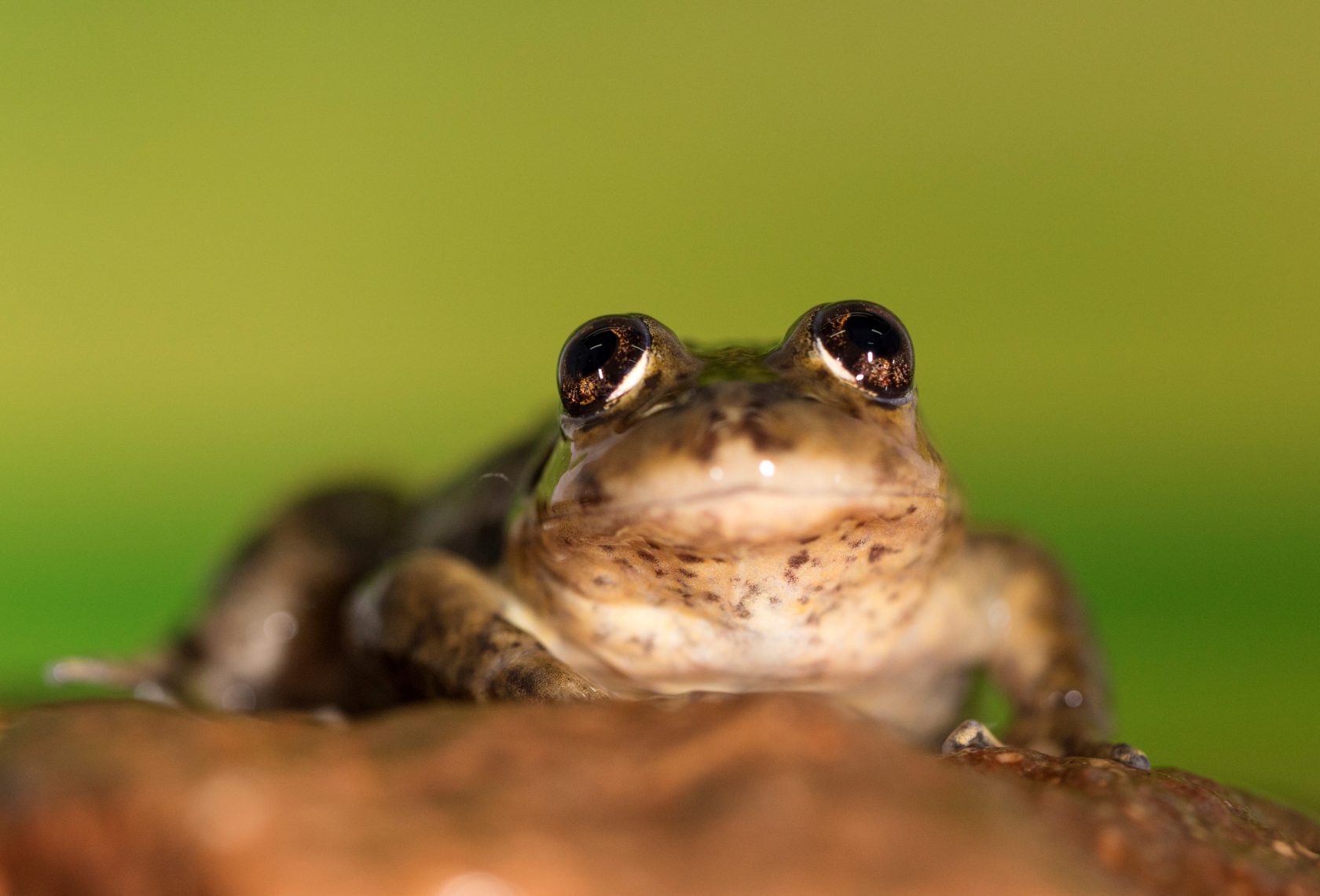 Inhabiting a single plateau in Patagonia, Argentina, this tiny amphibian lives in streams heated by permanent thermal springs to survive the cold temperatures in the region, which can reach as low as -15°C. However, the frog is losing this vital habitat due to invasive rainbow trout and destructive cattle. In a bid to save the species from extinction, Federico and his team have set out to create three safe refuges free of trout and cattle, with restored habitat, where the frogs can live and breed in peace.

Speaking to CLP about the news, Federico said, “I shared the good news with my team in a remote meeting on Zoom and they were very happy. Coincidentally, just as we jump to the next stage of this project, we are again supported by the same programme that triggered it seven years ago!”

A small area in northern Kazakhstan harbours almost the entire world population of red-breasted geese (Branta ruficollis) during their spring and autumn migrations. Threatened mainly by illegal hunting, this striking bird is classified as Vulnerable on the IUCN Red List. However, conservation efforts have been hindered by a lack of information on its migratory patterns, which are extremely difficult to track.

To fill this knowledge gap, Ivan Zuban and his team will tag geese in northern Kazakhstan with specialist solar-powered satellite transmitters to track their migrations. The tracking data will uncover a wealth of new information about this species, such as the timing of migrations, the number of birds, and the impact of illegal hunting, which will allow the development of protective measures at migratory stopover points. 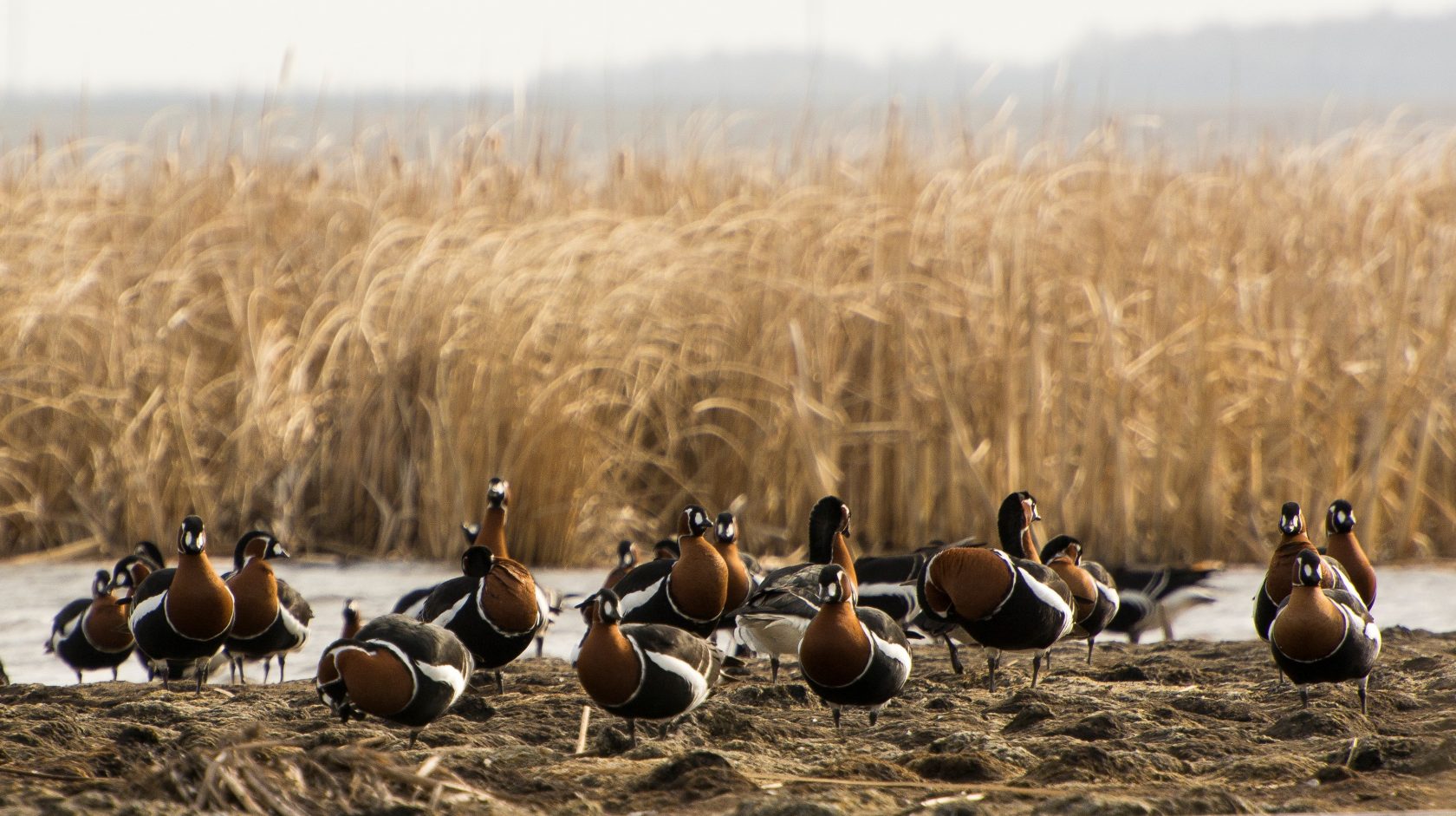 Tagging red-breasted geese (Branta ruficollis) with satellite transmitters at a critical migration stopover point in northern Kazakhstan will uncover new information about the migratory patterns of this species to benefit its conservation. Source: Ivan Zuban.

Ivan and his team were ecstatic to hear the news of their Future Conservationist Award. Having already tagged several geese with satellite transmitters, the team are already getting vital information about their migratory patterns. “Thanks to the CLP award, we will be able to continue this essential work and obtain any additional necessary equipment we need to effectively monitor the geese during their migrations,” said Ivan.

Unveiling the secret lives of elusive carnivores in Bangladesh

The mixed evergreen forest reserves of north-eastern Bangladesh are known for being rich with mammalian life. These reserves are home to many globally threatened carnivores such as dholes (Cuon alpinus – EN), clouded leopards (Neofelis nebulosa – VU) and fishing cats (Prionailurus viverrinus – VU). However, very little is known about these mysterious north-eastern carnivores and the reserves that protect them are now under threat.

In the very first project of its kind in the region, Muntasir Akash and his team will perform camera trap surveys among three reserves here to improve knowledge about the inhabitant carnivore species. The team will also engage with the Bangladesh Forest Department, indigenous guides, early-career conservationists, and citizen scientists to rally a local community that will help with carnivore conservation.

After hearing the news of the award, Muntasir eloquently described his team’s feelings. “The news appeared to us like a beacon, a call of the wild. The team takes this omen to push forward for what they believe in—the elusive gems of the north-eastern forests of Bangladesh,” Muntasir said. 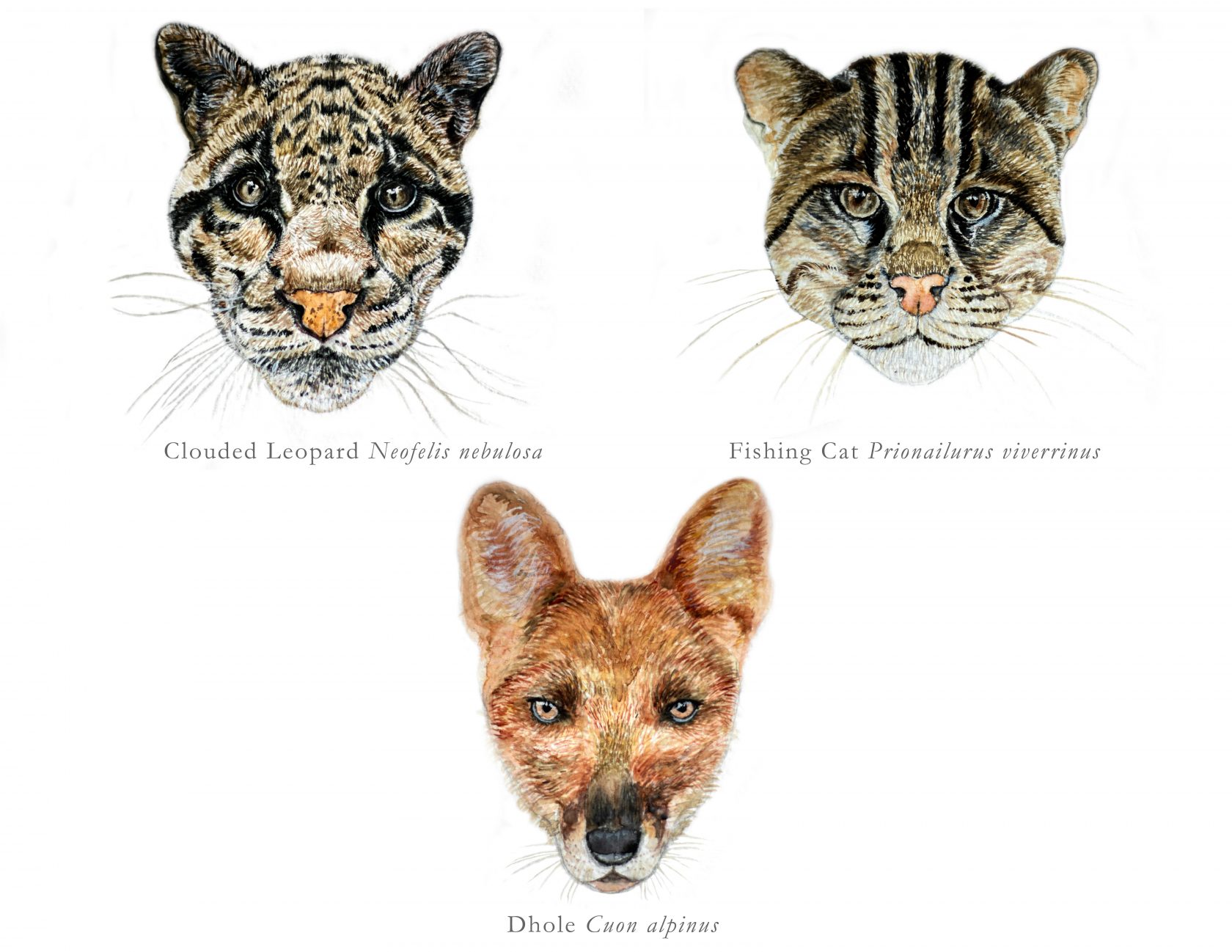 One of this year’s Future Conservationist Award-winning teams will use camera trap surveys to uncover more information about elusive carnivore species found in the forest reserves of north-eastern Bangladesh. Illustrations by Tanir Zakir.

Although we don’t have the space here to showcase all of this year’s award-winning projects, we congratulate each and every one of our awardees on their success. Details of all the 2020 Team Awards can be found on the Latest Projects page of our website.

We wish our awardees all the very best for their projects, especially at a time when they are likely to face unprecedented challenges due to the COVID-19 pandemic. Ensuring the safety and well-being of our alumni is paramount, and we will continue to support and work with our new awardees to adapt or defer their projects as needed in line with their governments’ regulations. 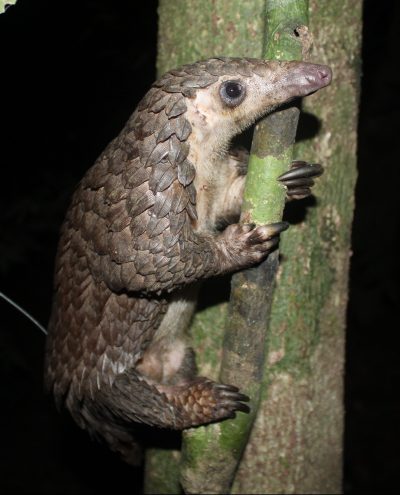