Conservationists supported by the Conservation Leadership Programme (CLP) Team Awards have shared how they are protecting some of the most imperilled places on Earth.

In The Revelator’s Protect This Place feature series, launched earlier this year, five CLP alumni call attention to the work they are doing to save areas with rich natural and cultural heritage, and share key lessons we can learn from their fight.

Rapa Island is the most south-eastern island of the Austral Archipelago in French Polynesia, and the key focus of emerging conservationist and 2021 CLP award-winner, Tehani Withers. In her Protect This Place article, Tehani explains why she is so dedicated to saving this area “of extraordinary biodiversity.”

Rapa is home to 11 species of seabirds, and an endemic bird: the Endangered Rapa fruit-dove or Koko (its local name). What’s more, the island also has a unique community with its own language and close cultural links to the wildlife developed over multiple generations with every plant, bird and fish species having its own local name.

Invasive species are the main threat here. Overgrazing and extensive degradation by introduced cattle, goats and horses, as well as invading strawberry guava plants and Caribbean pine, have decimated the island’s habitats. To top this all off, invasive Pacific rats are a major problem for breeding seabirds as they eat their chicks and eggs.

“The disappearance of the Koko and these seabird colonies would constitute a significant loss of the Polynesian cultural heritage and seriously damage our environment,” writes Tehani.

Tehani is working with her employer, the Polynesian Ornithology Society (or SOP Manu) and its partner, BirdLife International, as well as a local environmental NGO, Raumatariki, to restore the indigenous forest areas on Rapa. “Raumatariki produces indigenous plants in their plant nursery, and removes invasive plant species. We train volunteers and staff to identify birds and invasive species, and in exchange they help us communicate with the local communities and give us logistical support.

Tehani has learned that the local community must be involved in conservation projects. “Without their support, you can’t effectively protect these sites in the long term. Having everyone working together is better for the future of the island’s environment and for the future generations of these remote communities,” she explains.

You can find out more about Tehani’s 2021 CLP award-winning project in the below video.

The Langkawi Archipelago, an Ancient Jewel

Sandra Teoh (2016 CLP Future Conservationist Award-winner) and her colleague Saliza Bono paint a delightful picture of the “nature haven” that is the Langkawi Archipelago, a UNESCO Global Geopark in Malaysia. “Picture karstic formations dotting the landscape, with emerald waters so tempting that all you want to do is jump in,” they write in The Revelator.

They explain that, unknown to many, the coastal waters of Langkawi host at least five marine mammal species including Endangered Irrawaddy dolphins and “the largest known group sizes of Indo-Pacific finless porpoises and Indo-Pacific humpback dolphins.”

However, as a tourist haven, Langkawi is a target of economic development, with its habitats and marine wildlife threatened by unregulated tourist activities such as high-speed boat traffic. “Sadly, dolphins are sustaining severe wounds from interactions with marine debris and people,” they explain.

Although there’s presently no law protecting Langkawi’s coastal areas and waters, the Malaysian NGO MareCet (Sandra and Saliza’s employer) has long been dedicated to protecting marine mammals in the area, including by collecting research data and contributing this knowledge to lobby against any harmful development plans in the area.

“We need stricter enforcement of tourism regulations, stricter laws and limits for developments, more engagement with local communities, and effective marketing to promote the value of Langkawi’s natural environment and biodiversity – along with many other measures to protect this vulnerable island ecosystem,” write Sandra and Saliza.

Lianyungang, an Underrated Pearl in the Yellow Sea

CLP alumna Ziyou Yang writes about the tidal flats in Lianyungang, Jiangsu province, on the east coast of China, in her Protect This Place article.

As she explains, the tidal flats in this region are located near the midpoint of many shorebirds’ migratory journeys, making them an extremely important stopover site for many species, including the Asian dowitcher. Nearly the whole global population of these shorebirds (~23,000) fly to Lianyungang’s Linhong and Qingkou tidal flats each year.

As Ziyou explains, this makes this shorebird extremely vulnerable to any change in their habitat. “A so-called ‘ecological restoration’ project is planned to convert these natural tidal flats into sandy beaches and deep water for human recreational activities—creating a habitat completely unsuitable for Asian dowitchers and many other shorebirds,” writes Ziyou.

But economic development isn’t the only threat. Invasive cordgrass is encroaching into the tidal flats and decreasing the area and quality of the remaining habitats for these shorebirds.

Fortunately, two Chinese NGOs, Friends of Nature and the Spoon-billed Sandpiper in China (Ziyou’s employer), are campaigning to prevent the construction of the ‘ecological restoration’ project – many of which are currently being undertaken across China. “We need better legislation and stricter project assessment standards to prevent similar tragedies elsewhere,” writes Ziyou, adding key lessons from the fight to “take action early” and to “try collaborating with different stakeholders.”

In the Revelator, Gislaine describes the MPA Costa dos Corais as “one of the largest coral reef formations in Brazil, rich in biodiversity including endangered species like manatees, turtles and whales.” Approximately 200,000 people live in the region, many of whom depend on the reef’s natural resources for tourism and artisanal fishing. As such, expanding tourism and overfishing, as well as thermal stress caused by global warming, are the key threats to the reef here.

CLP funding in 2017 has already helped Gislaine and the team at the Brazilian NGO Reef Conservation Project to establish zoning areas (no-take areas, visiting areas for tourists, and fishing areas). These reduce the impact of tourist and fishing activities on the coral reefs, while maintaining the livelihoods of local people, and now form a key part of a recently published government-executed management plan for the MPA Costa dos Corais.

Now, with CLP continuation funding, the team is working towards other vital goals including lobbying support from the private sector and local volunteers, and conducting in-depth scientific exploration. “We also need to strengthen community-based tourism and include local populations in tourist activities,” writes Gislaine.

Find out more about Gislaine and her team’s 2021 CLP-funded project in the video below.

In 2020, Martin Mwangi and his team won a CLP Future Conservationist Award to support the conservation of the unique highland Kinangop Grasslands in Kenya.  Two years later, Martin’s Protect This Place article explains what his team at NGO Friends of Kinangop Plateau (FoKP) have achieved so far.

Internationally recognized as an Important Bird Area, the Kinangop Grasslands are home to approximately 200 bird species, including the Endangered and endemic Sharpe’s longclaw (a grassland specialist).

However, these grasslands are privately owned, and therefore not formally protected, with the extent and quality of this habitat having declined sharply over the past 50 years – witnessed first-hand by Martin who grew up in the area. “Now it’s estimated that less than 10% of the original 300 square miles (77,000 hectares) remains suitable habitat for Sharpe’s longclaw and other threatened birds in the region,” writes Martin.

Serious threats to the grasslands include a change of land use from traditional livestock grazing to crop cultivation, exotic tree plantations, weed invasion and overgrowing of tussock, along with habitat fragmentation as the local human population increases.

Working with his team at FoKP, Martin has helped raise awareness about species and habitat conservation among local residents. What’s more, together with their local partners, they have bought four grassland nature reserves totalling over 200 acres and established initiatives to incentivise livestock-rearing instead of crop cultivation.

Through our annual Team Awards project grants, training and mentoring, CLP aims to continue supporting such dedicated conservation leaders in their vital work saving priority sites and species worldwide. The deadline for our 2023 Team Awards applications is fast approaching on 10 October, so make sure you submit your proposal in time! 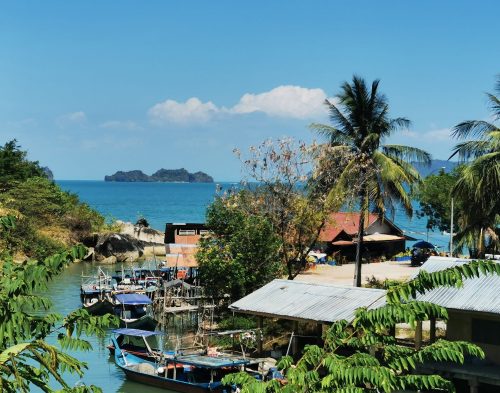